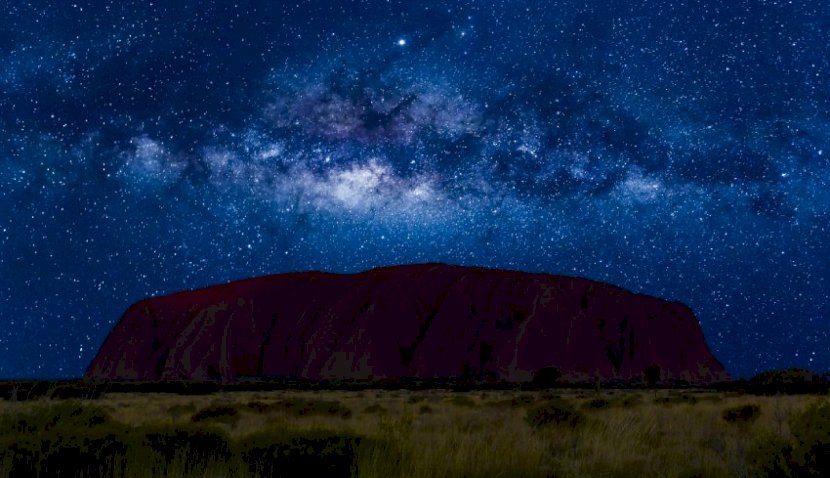 In this cross-posting, first published in The Conversation, Mirani Litster, a lecturer in archaeology at James Cook University, takes a look at Duane Hamacher’s new book The First Astronomers, showing that Indigenous people around the world got the first glimpse of the stars above. 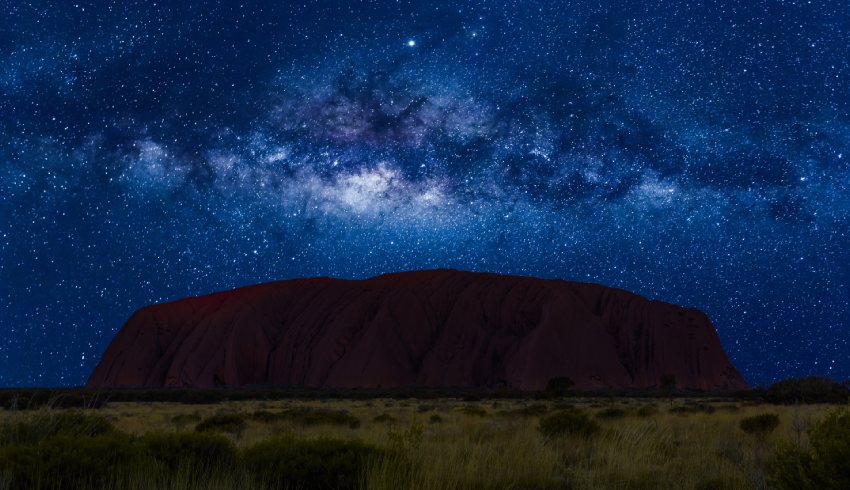 Duane Hamacher’s The First Astronomers explores the deep and living star knowledge of First Nations people from around the world – and challenges the notion that Indigenous knowledge is not scientific.

This magnificent book is the latest in a growing body of work showcasing Indigenous knowledge of the natural world.

This book developed from a collaboration with Torres Strait Islander scholar Professor Martin Nakata, a leading authority on the intersection of Indigenous and Western ways of knowing.

It’s stunning in scope, impressive in detail and accessible in style. For readers with no background in astronomy (like me), terms are clearly explained.

Importantly, Hamacher reflects on what he is learning throughout, demonstrating his willingness to listen and learn. His example reminded me to reflect on my own assumptions about different ways of knowing.

First Nations people have been observing the skies for millennia. This book recognises that Indigenous and Western ways of knowing can work together. Indigenous astronomy has often challenged Western scientific knowledge, motivating further scientific inquiry.

For example, auroras have long been witnessed by First Nations people, both in high latitudes near the Arctic and low latitudes in Aoteoroa/New Zealand and Australia. First Nations people have reported auroras sounding like “rustling grass, or a person walking through snow”. Sámi – the indigenous people of the northernmost parts of Sweden, Finland and Norway – refer to auroras as guovssahas, meaning “the light you can hear”.

The Western scientific community was dismissive of these “auroral sounds”. But in 2016, a group of Finnish scientists, guided by Sámi and Inuit traditions, confirmed that they exist.

The movement of the planets and the twinkling of the stars

Another concept that First Nations people understood early was the relative motion of the planets, including retrograde motion, when a planet appears to move backwards in the sky owing to its relative position to Earth.

Winifred Buck, an Ininew Elder from Manitoba, Canada, explains that retrograde motion is referred to as mooswa acak or “moose spirit”, because a moose is inclined to circle back when startled, in the same way that Mars appears to be circling back during retrograde motion.

In the most intriguing chapter, Hamacher describes how the twinkling (scintillation) of stars – a source of frustration in Western astrophysics – has been harnessed by First Nations people to understand atmospheric conditions.

For example, for the people of Mabuyag in the Torres Strait, stellar twinkling indicates heavy wind, temperature change and approaching rain. The Wardaman of the Northern Territory use this twinkling to predict the approach of the wet season.

Variable stars – stars that change in brightness through time – were not formally defined as a phenomenon by Western astronomers until 1836. Yet, as Hamacher reveals, First Nations people already knew about them.

The Irish anthropologist Daisy Bates spent nearly two decades in Kokatha Country at Ooldea Mission in the Great Victoria Desert, where she recorded local oral traditions, including star stories, which were published throughout the 1920s. Bates recorded the story of Nyeeruna (Orion), a man in the stars, who pursued the young Yugarilya sisters.

She struggled to explain the stars that brightened and faded in the story, wrongly attributing them to “emissions from nebulae”. Unbeknown to Bates, she was recording traditional knowledge of the variable nature of Betelgeuse and Aldebaran.

This raises an important point. Where specialist knowledge of First Nations people has been recorded by Western observers like Bates, early ethnographies need to be revisited and reassessed by those with relevant knowledge. This is a point that has been raised before, in books such as Dark Emu.

Similarly, traditional knowledge also recognised novas, supernovas and supernova imposters. In 1847, William Stanbridge recorded Boorong observations of what (according to Hamacher) must have been the Great Eruption of Eta Carinae, which was incorporated into pre-existing oral traditions as a female crow.

The strength of oral traditions

In many examples throughout the book, Hamacher shows how oral traditions have captured and transmitted Indigenous knowledge.

First Nations people possessed a complex understanding of positional astronomy, which was used to navigate the land and sea. They understood how cardinal points can be discerned from the stars. In the Torres Strait, the gills of the shark constellation known as Beizam (the Big Dipper in the northern hemisphere) are used to orient north.

Long-distance travel routes are also mapped via the stars, with waypoints on land committed to memory. Travellers “sing the land”, instilling a memory of the journey. Hamacher reveals that many paths and roads imposed by European colonists overlay existing Songlines and pathways: for example, the Great Western Highway through the Blue Mountains.

In his final chapter, “The Falling Stars”, Hamacher explores the cultural significance and memories associated with shooting stars and meteorite impacts. For many First Nations people, shooting stars are thought to mark the departure of a soul.

The incredible intergenerational memory associated with the formation of what are today known in Arrernte language as Tatyeye Kepmwere (the Henbury Craters, on the boundary of Arrernte and Luritja lands in the Northern Territory) is also detailed.

Aboriginal people had long known that the 15 craters were created by meteorite impact.

In 1921, prospector James Mitchell asked a local Aboriginal man to accompany him to the site and the man refused, explaining in Luritja language that was where “a fiery devil ran down from the sun and made his home in the Earth”. In 1931, a geologist established the craters as a meteorite impact site. Radiometric dating has since confirmed that the craters are 4,200 years old.

Hamacher closes his book by acknowledging the expanding cohort of Indigenous people currently working in astronomy. One is Dr Stacy Mader, a Gidja Man who works for the CSIRO at Parkes Observatory in NSW. Another is Kirsten Banks, a Wiradjuri woman, PhD candidate in astrophysics at UNSW, and TEDx speaker.

As an outcome of a 2016 working group, over a hundred star names from Indigenous languages were assigned to visible stars by the International Astronomical Union (IAU). In 2017, the organisation formally approved the Wardaman name, Ginan, to the fifth-brightest star in the Southern Cross (Epsilon Crucis).

Hamacher also recognises the importance of incorporating Indigenous ways of knowing into school curricula, such as Professor Marcia Langton’s education modules for secondary schools in the areas of fire, water and astronomy.

The First Astronomers contains three key messages. First, many so-called Western scientific “discoveries” have long been known by First Nations people, a point which echoes the message of other popular texts. Second, early ethnographies which include First Nations specialist knowledge, need to be interpreted by those with relevant knowledge of the subject material. Finally, the complex, scientific and long-established knowledge of the sky held by First People is retained through the strength of oral traditions.

And as Hamacher states, “there is a great deal more we can learn if we simply listen”.

Total votes: 8583
The voting for this poll has ended