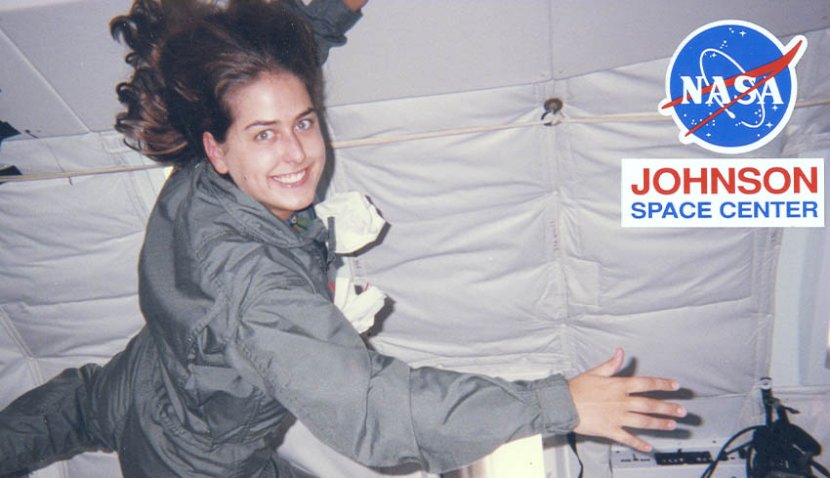 From age four or five, Kisa Christensen told the grown-ups she wanted to be an astronaut and, unlike other youngsters whose dreams fade with age, she actually meant it. 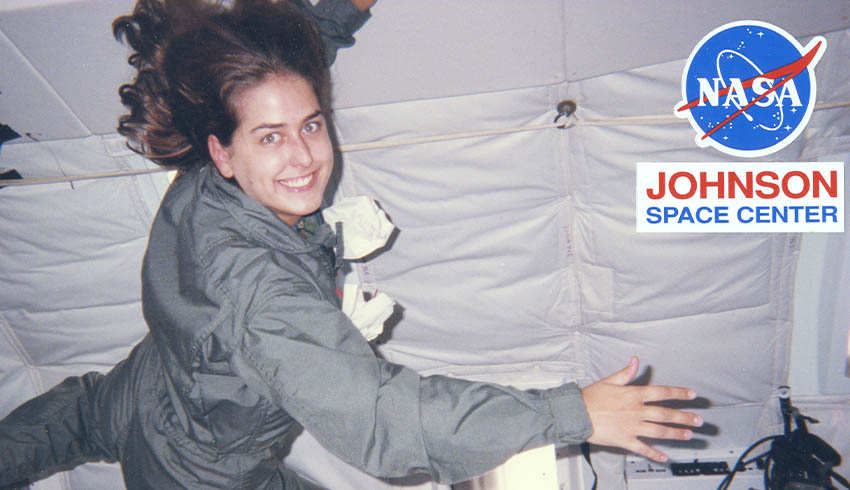 She attained a pilot licence before she could drive. And she attended Space Academy, akin to Space Camp but for older students.

“In school I was obsessed with space. My walls were covered in pictures of the space shuttle and astronauts,” Christensen told Space Connect.

Among her most prized possessions is a signed photo of US astronaut Sally Ride, the first American female in space, with the admonition: “Reach for the stars.”

Alas it was not to be. In 2015 she finally applied to be an astronaut, stayed on the list for a couple of years but wasn’t selected.

“I am fine with that,” Christensen said.

Because along the way, she became an aerospace engineer and got to do some really cool stuff, of which surely the coolest was a ride on NASA’s Reduced Gravity Program aircraft, better known as the 'Vomit Comet'.

The triple Canadian, US and Australian citizen now lives outside Melbourne with her two children and works as chief of staff to BAE Systems Australia’s chief technology officer Brad Yelland.

All this came about because of her ambition to become an astronaut.

“I eventually became an American but it didn’t come through in time for the September start date so I ended up looking around for another university and ended up at the University of Maryland.

“I wanted to do aerospace engineering, which was obviously linked to rockets. The University of Maryland has a really excellent aerospace program and they have a close research relationship with NASA and NASA’s Goddard Space Flight Center in particular.”

Flying aboard the 'Vomit Comet' came about through working as a research engineer on a robotics project and using the university’s neutral buoyancy facility, a large swimming pool that simulates zero gravity.

But to achieve neutral buoyancy, the robot needed to be wrapped in foam, which created drag which skewed the data.

“So we went to the Johnson Space Center and did the experiment in zero gravity on the Vomit Comet and we correlated the data with the work we did underwater,” Christensen said.

“For me it remains one of the highlights of my career. It was my 21st birthday and it was the best birthday present ever.”

NASA realised early on that the only way to approximate zero gravity on Earth was aboard a diving aircraft – inside the cabin passengers are essentially falling without the rush of wind.

That lasts for about 20 to 25 seconds before the aircraft has to pull up.

The aircraft then climbs and dives, with each cycle termed a parabola. Not for nothing is it called the Vomit Comet, as the cycle of low then high Gs has a distressing effect on around two-thirds of stomachs.

NASA conducted the first reduced gravity flight in 1959. The KC-135A aircraft on which Christensen did her fight, as did Tom Hanks and others for filming of the zero gravity scenes in Apollo 13, retired in 2004.

Nowadays, anyone with a desire to experience zero gravity can pay for a flight through a commercial company. In order to reduce the risk of passengers getting sick, most commercial operators only do a maximum of 15 parabolas.

To fly aboard the Vomit Comet, NASA required some training.

“In preparation for the zero-G flight, we had to do some aspects of the astronaut training program in the hyperbaric chambers and the centrifuge and all of that stuff,” Christensen said.

“It was one flight and I think it was 60 parabolas in total – up and down and up and down. We also did a couple of others parabolas which weren’t zero gravity but they simulated gravity on the moon or Mars.

“The best part of the work we were doing was that our robot was working autonomously, taking data in an enclosure and we were just there making sure everything was running smoothly. The rest of the time we could just play.

“You are only weightless for just under 30 seconds. Then you have to pull out of freefall and you are at 1.8 to two Gs coming out of the parabola. The reason people get sick is that you are doing that over and over again.”

She said the most fun for her involved Gatorade.

“I had a bottle of Gatorade and I squeezed out a little bubble and it formed this little sphere and I floated up to it and bit it out of the air,” Christensen said.

And the chucking up bit? Yes, it happened, even though fortified with astronaut grade anti-motion sickness medication.

“You don’t feel queasy because of the medicine. But I did get little bit sick. The good thing is you don’t feel sick,” she said.

‘Your stomach just goes OK, I’ve had enough. They tell you to have a fruit breakfast, something that’s not too heavy.

“You have a bag handy in your flight gear. One of the real strict rules about zero gravity is if you do get sick you make sure you do it into the bag.

“It sounds really disgusting but it really didn’t detract from the experience.”

Christensen arrived in Australia in 2001, then worked for a number of defence companies on various aerospace programs (Eurofighter Typhoon, F-35 Joint Strike Fighter and Boeing 787 Dreamliner) as well as on LAND 400 Phase 2. She joined BAE Systems Australia in June.

Among her passions is Australia’s night sky and imparting the STEM message to inspire young women to become Australia’s next generation of female engineers.

“In my graduating aerospace engineering class there were only a handful of women. It’s more just making sure they feel that’s not something that will stop them achieving what they want,” Christensen said.

That’s changing steadily but the defence and aerospace sector remain bloke-dominated, with some dated attitudes, such as that expressed by a pilot examiner during her time at fight school: “I know you must not be used to mechanical things since you played with Barbies when you were small.”

“Little comments like that still pop out every now and then. Rather than get angry with him, I just informed him that I never played with Barbies,” Christensen said.