US start-up proposes to launch satellites from balloons 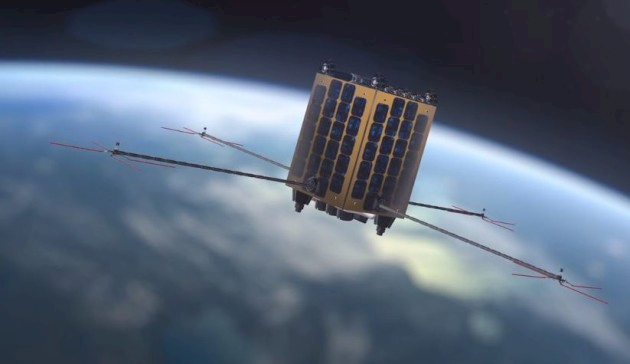 Here’s a neat way to reduce the costs of launching small satellites into low-Earth orbit. First carry them part of the way to space aboard a balloon, then launch using a regular but smaller rocket.

US start-up proposes to launch satellites from balloons

US start-up Leo Aerospace is developing a system that will loft small spacecraft using a rocket dropped from a giant hot-air balloon about 18,000 metres above the Earth surface.

This isn’t exactly a new idea. It was done many times in the 1950s for sub-orbital atmospheric research using large helium balloons but hasn’t been done much since.

However, at least two companies – Virgin Galactic with its SpaceShipTwo and Northrop Grumman with its Pegasus – are launched from aircraft flying at high altitudes.

Leo Aerospace has developed an autonomous aerostat called Regulus, which can carry a 10-metre rocket able to carry a 33-kilogram payload to a 550-kilometre sun-synchronous orbit.

Alternatively, it can place a larger 57-kilogram payload in a lower orbit of 300 kilometres.

Those rockets are single use only but Regulus is designed for rapid reuse as many as 100 times.

“Our fully reusable, autonomous aerostat carries a rocket to 60,000 feet in altitude prior to launch. By launching at this altitude, aerodynamic and gravitational losses are reduced for the rocket, cutting energy requirements to orbit by over 10 per cent and the overall size of the rocket by more than 50 per cent,” the company said on its website.

Leo Aerospace co-founder Bryce Prior said explained his company’s technology at the first ever US Air Force Space Pitch Day earlier this month.

Leo Aerospace imagery depicts a balloon carrying a rocket from the back of a large truck.

"We can launch from anywhere that you can fit a cargo container," Prior said.

He didn’t say just what the company would charge to place a satellite in orbit, but did indicate it would cost one to three times what a customer would now pay for a rideshare on a rocket such as a SpaceX Falcon.

The difference is that rideshare customers have little control over when their satellite will launch.

They have to work on the timetable of the primary payload customer.

It performed a successful trial in 2017.

Prior said the company aims to begin providing suborbital launches in 2021 and orbital missions by the end of the following year.