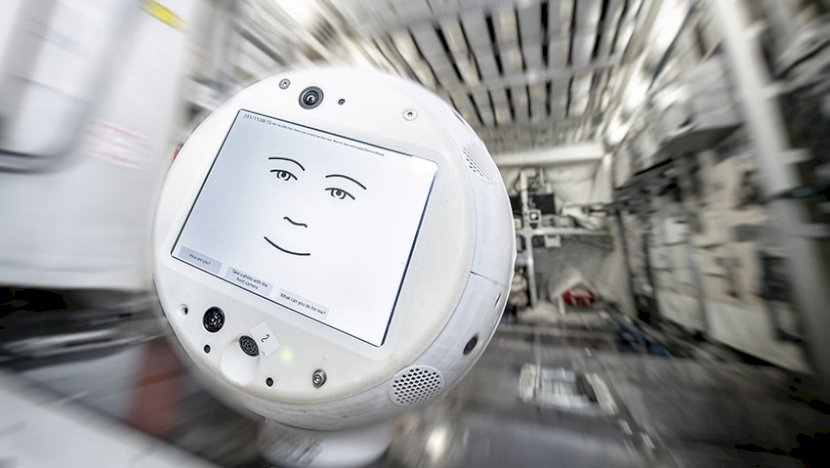 Astronauts at the International Space Station have their own ultra-sophisticated version of Google Home Assistant that not only answers technical questions, holds conversations and plays music, but also moves around in the zero gravity. 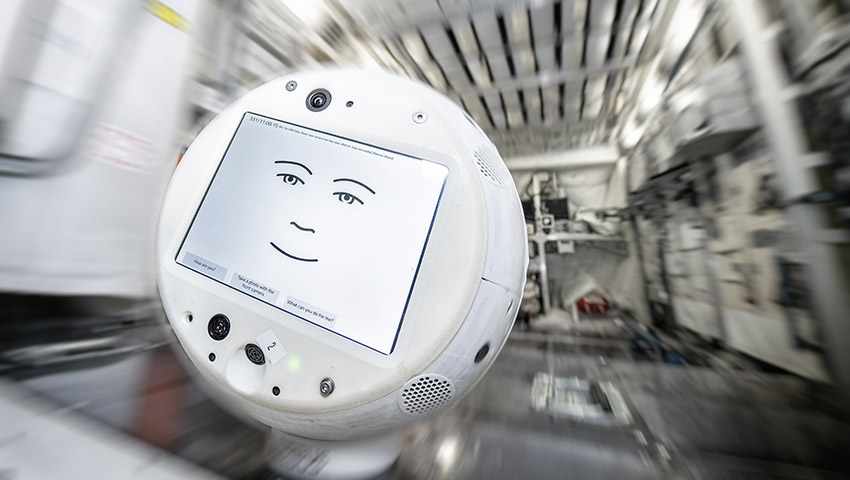 Called CIMON – Crew Interactive MObile companion – this was developed by Airbus in Germany and is described as a free-flying, spherical technology demonstrator for human-machine interaction featuring artificial intelligence.

The latest version, called CIMON-2, is now on route to the ISS aboard SpaceX's robotic Dragon cargo capsule, replacing the prototype CIMON-1, which returned to Earth in August after 14 months on the ISS.

CIMON was developed and built by Airbus in Friedrichshafen and Bremen on behalf of the German Aerospace Center Space Administration (DLR) and funded by the German Federal Ministry for Economic Affairs and Energy.

The five-kilogram basketball-sized CIMON-1 became the world’s first AI to be deployed on the ISS, working with German ESA astronaut Alexander Gerst.

“We want to use CIMON-2 to build on the successful demonstration with CIMON,” said Dr Christian Karrasch, CIMON project manager at DLR.

CIMON project manager at Airbus Till Eisenberg said CIMON-2 was expected to remain on the ISS and support the crew for up to three years.

“CIMON-2’s microphones are more sensitive and it has a more advanced sense of direction. Its AI capabilities and the stability of its complex software applications have also been significantly improved,” he said.

“During this mission, we are also considering further steps, such as uploading the AI to a cloud on the ISS.”

During the initial deployment, CIMON-1 demonstrated a range of capabilities that would be useful in long space missions as well as on Earth.

“When travelling to the Moon or Mars, the crew would then be able to rely on an AI-based assistance service, even without a permanent data link to Earth.

One application back on Earth could be to support people with complex tasks in areas with poor infrastructure, for example,” Karrasch said.

CIMON’s artificial intelligence is based on IBM’s Watson technology.

“During its first deployment on the ISS, CIMON proved that it can not only understand content in context, but also the intention behind it,” said Matthias Biniok, IBM project lead for the Watson AI.

“CIMON-2 is taking this a step further. Thanks to the IBM Watson Tone Analyzer from IBM Cloud in Frankfurt, Germany, it is now capable of assessing the astronauts’ emotions and reacting in a manner that is appropriate to the situation, either at the request of the astronauts or when its emotional analysis is being tested as part of an experiment.

“This means CIMON-2 can, if required, switch from being a scientific assistant to an empathetic conversation partner.”

CIMON is able to show and explain information and instructions for scientific experiments and repairs. Voice-controlled access to documents and media allows astronauts to keep both hands free for their task.

CIMON is able to perform routine tasks, such as documenting experiments, searching for objects and taking inventory.

It orients itself using its ‘eyes’ – a stereo camera and a high-resolution camera for facial recognition plus two other cameras used for photos and video documentation.

Ultrasound sensors measure distances to recognise obstacles. Its ears consist of eight microphones to identify directions. The mouth is a speaker able to speak or play music.

Twelve internal rotors allow CIMON to move and rotate freely in all directions. This means it can turn towards the astronaut when addressed, nod and shake its head, and follow the astronaut, either autonomously or on command.

Total votes: 3932
The voting for this poll has ended