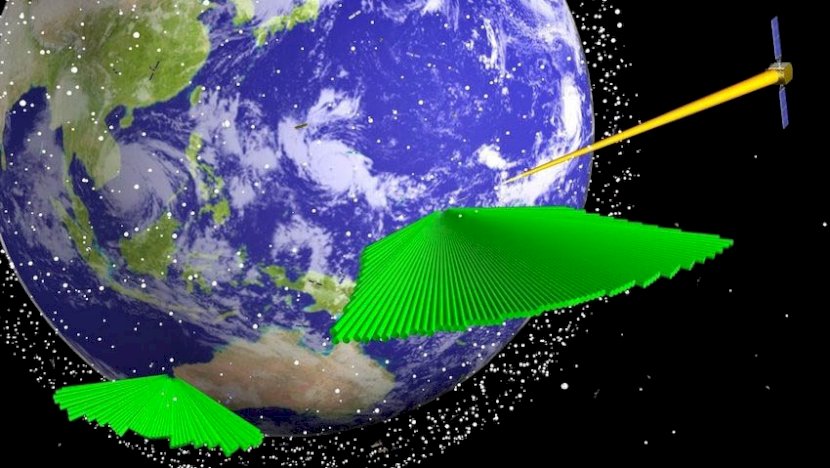 The US Air Force is on the verge of declaring operational acceptance of the Space Fence radar on Kwajalein Atoll, a big step forward in keeping track of objects in space.

The USAF said this would play a critical role in providing a tactical advantage to the nation's warfighters in the space domain.

“Space Fence will use its flexibility, coverage and sensitivity to detect and accurately track significantly more objects than the current-day catalogue,” it said.

“This crucial capability is now one step closer to providing unprecedented space situational awareness, with the system completing its developmental and operational testing phases and has entered a trial period – one of the last steps before achieving operational acceptance.”

The Space Fence is designed to detect new and unusual activity in orbit.

That includes multiple objects which in orbit that do not correlate to objects in the Space Surveillance Network catalogue.

When new objects are detected, it issues alerts and begins tracking them to determine their orbits, he added

This has already begun to prove its capabilities. During testing of the system in March, it detected the debris field from an anti-satellite test conducted by India, observing a significant number of debris tracks at the time of the event.

It was able to automatically predict and correlate their next crossing times.

Collisions and deterioration of assets, such as defunct satellites and rocket boosters, have increased the amount of space debris, raising the risk of future collisions.

“That’s where the US Air Force’s Space Fence will play a crucial role,” the USAF said.

“The radar system will also play a crucial role in the everyday lives of Americans who are becoming more dependent on space-based technologies for everything from weather forecasting, banking, global communications to GPS navigation.

“Today, these critical services are being threatened by hundreds of thousands of objects and space debris orbiting the Earth.”

He said the USAF now tracked about 25,000 objects.

Lockheed Martin has completed surveying a possible location for a second Space Fence. However, it hasn’t yet been funded in the USAF budget.