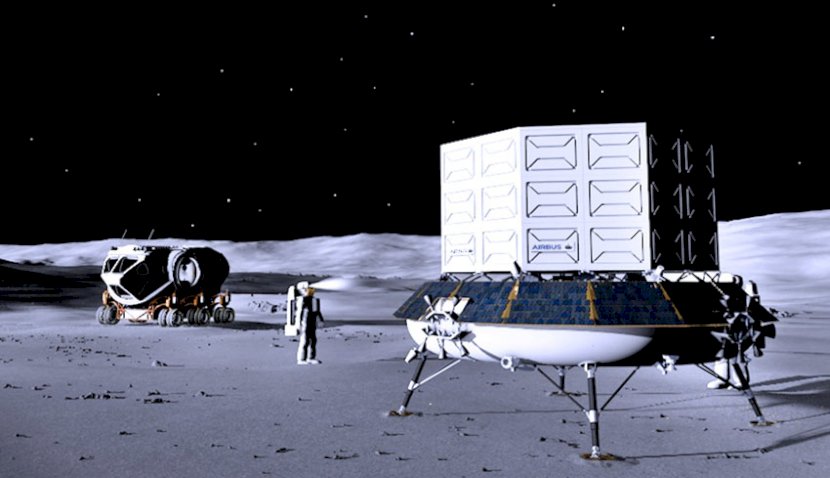 The European Space Agency has selected Airbus as one of the two primes for the definition phase of the European Large Logistic Lander (EL3) to deliver scientific or logistic payloads to lunar surface. 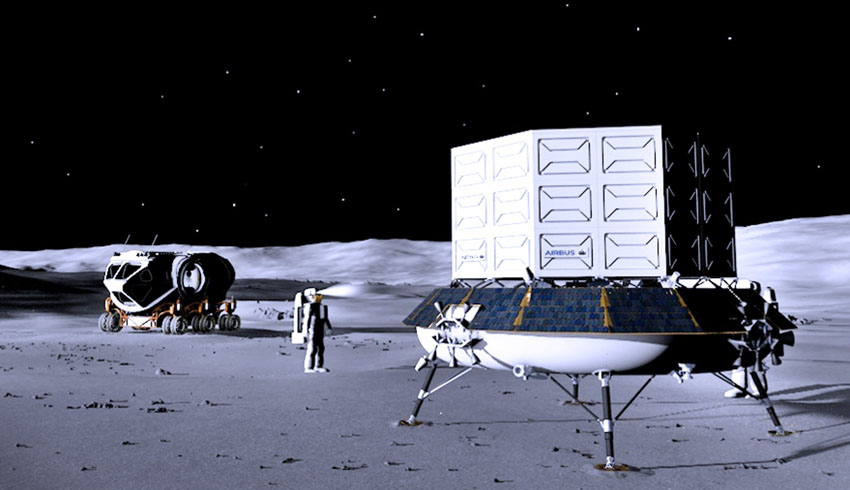 In this study (phase A/B1), Airbus will develop the concept of a large multi-role logistic lander able to transport up to 1.5 tonnes of cargo to any location on the lunar surface.

EL3 flights are set to begin in the late 2020s, with a cadence of missions over the following decade and more.

Europe is already contributing to the Global Exploration Roadmap agreed by 14 space agencies around the world, in which Airbus is also playing its part. European participation includes international missions to Mars, substantial elements for crewed space stations – the International Space Station and the Lunar Gateway – and the Orion European Service Module (ESM), which will power Artemis, the next human mission to the lunar surface.

Andreas Hammer, head of space exploration at Airbus, said, “We are extremely thrilled to be starting the definition phase of EL3, Europe’s large moon lander. Last year in Seville, Europe’s space ministers agreed that the European Space Agency should start preparing a vehicle to fly scientific and logistics cargo to the moon."

With EL3, ESA and its member states will make a further substantial European contribution to the international effort to establish sustainable exploration of the moon. EL3 will be designed as a fully independent European lunar surface logistics mission capability, including European launch capability with Ariane 6. ESA anticipates flying three to five EL3 missions over a 10-year time frame.

“Airbus is 100 per cent behind this ambition, as it will enable Europe to play a critical role in the next phase of human exploration of the moon, and will further strengthen ESA’s status as an invaluable partner in the international space community,” Hammer added.

Based on a generic plug-and-play landing element, the EL3 could support a range of lunar activities, including: logistics support for crewed missions on the moon (Artemis base camp), scientific missions with rovers and static payloads, or a sample return mission.

To achieve sustained human presence on the moon, considerable logistical infrastructure will be needed – whether testing critical technologies or prospecting for lunar resources, starting in-situ production and storage of products like propellant, drinking water or oxygen, or even creating a long-term settlement.

EL3, launched on an Ariane 64 from Kourou as a single payload of up to 7.7 tonnes, can be put on a direct trajectory to the moon, similar to the trajectory flown by Apollo 50 years ago.

After roughly four days of barbecue-like travel (i.e. slow and constant rotation to optimise the thermal control of the spacecraft), insertion into a low lunar orbit (LLO) will be achieved by EL3’s own propulsion system.

Depending on the launch window and the landing site on the moon, EL3 might remain for up to 14 days in LLO, waiting for the right point in time and space to initiate landing.

EL3 Airbus concept will use vision-based navigation techniques, first developed by Airbus for the ATV ISS resupply vehicle during the elliptical descent orbit and powered descent to achieve unprecedented landing precision. What’s more, EL3 will be equipped with an autonomous hazard detection and avoidance system.

This system will scan the landing site for potential hazards (small rocks, craters, or local slopes) that are too small for identification by remote sensing satellites. Based on this autonomous hazard assessment, the safest landing spot in reach will be identified and the lander will be guided to this location.

The study will be led by the lunar exploration team in Bremen, Airbus’ hub for space exploration activities and will involve more than 20 engineers from five Airbus sites in Germany, France, and the UK.

Airbus will be working with six companies and one research institute from seven different countries across Europe.