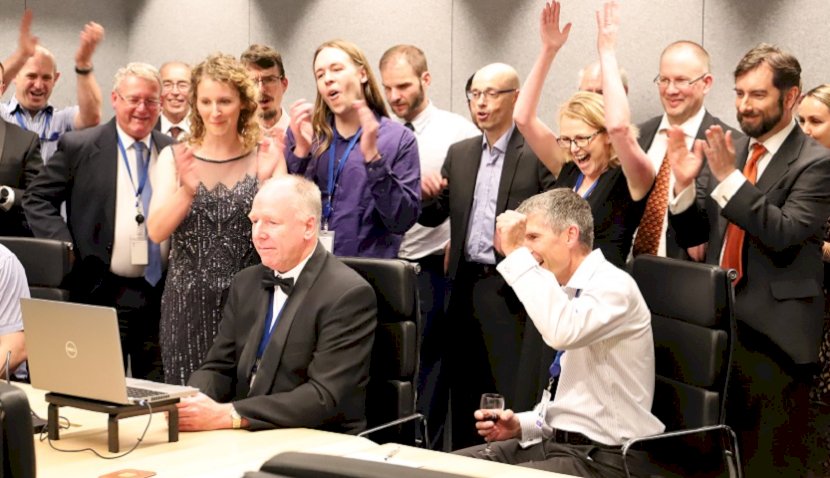 Canberra-based, Australian-owned EOS Space Systems was a stellar performer at the inaugural Australian Space Awards, with two of the company’s engineering team taking out highly coveted award categories as part of the company’s expanded offering to developing and supporting Australia’s sovereign space capabilities. 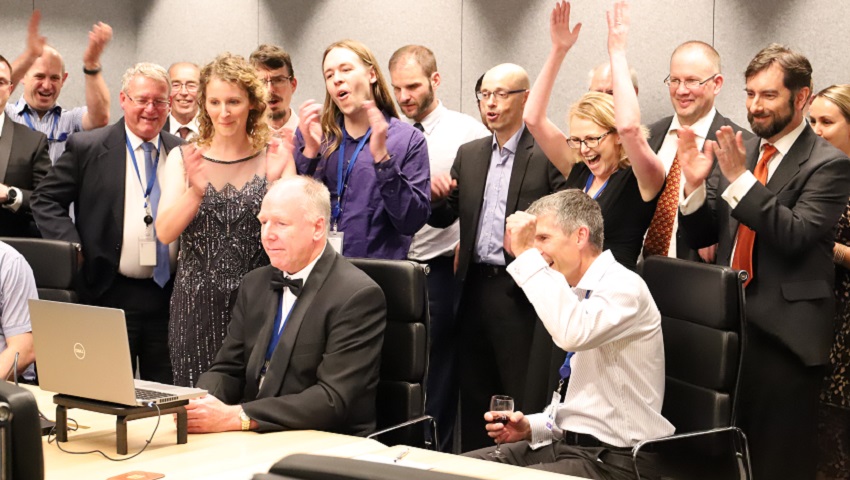 The highly successful, inaugural Australian Space Awards brought together the best and brightest from across the breadth of Australia's rapidly growing space industry sector, with stand out performances by a number of Australian space businesses and individuals responsible for supporting the delivery of this exciting new economic and scientific opportunity.

Canberra-based, Australian-owned EOS Space Systems, one of Australia's rising stars in the space industry ecosystem both at home and abroad, was one such performer, with Alex Pollard (software group leader) winning Engineer of the Year and James Bennett (head of technology development) winning Scientist of the Year.

Craig Smith, CEO of EOS Space Systems, speaking to Space Connect was elated about the success of EOS when competing in the Large Space Company of the Year category and what it means for Australia's space industry, saying, "What a great day for the Australian space industry when an Australian company like EOS can go up against Boeing in a competition and win.

"This award recognises 35 years of providing leadership in the Australian space industry and EOS is growing faster now than any time in our history. EOS is also embarking on the most ambitious Australian satellite manufacture project ever for our SpaceLink mid–Earth orbit communications satellite business."

Detailing his vision of the future for Australia's space industry and the engineers and scientists that are fundamental inputs to the nation's growing sovereign space capability, James Bennett, head of technology development at EOS Space Systems, explained, "My vision for scientists in the future space industry is for them to have a clear pathway from university study to industry. I think we lose some of our best scientists to overseas organisations because there is a clearer career path and more advancement opportunities in large companies.

"I’d also like to see a strong focus on STEM education supplemented with specific outreach programs so that the younger generation are interested in pursuing a career in Australia’s space industry."

Bennett's colleague and fellow award winner, Alex Pollard, software group leader and winner of the Engineer of the Year award, said, "The community at large doesn’t grasp how profound a change it is going to be having tens of thousands of low-Earth orbit (LEO) satellites available to transform all our lives. But those satellites will pose risks to each other – there is a large and growing space traffic management problem. EOS offers unique capabilities, and not only in highly accurate orbit prediction by laser range measurements.

"EOS is well placed to lead Australia’s contribution to keeping space usable in all regimes, LEO, medium-Earth orbit, GEO (geostationary orbit), and beyond."

These comments were reinforced by Smith, who told Space Connect, "The award recognises our customers who trust us and our partners and suppliers who we rely on and are beneficiaries of any success we may have. But mostly this award recognises all of the dedicated staff at EOS who contribute so much and make this success possible."

EOS Space Systems is a global leader in the design, manufacture, delivery and operation of sensors and systems for space domain awareness (SDA) and space control. For over 35 years, EOS has been directing energy beams to space objects for applications including tracking, characterisation, identification, communications, remote manoeuvre and missile defence.

EOS is ISO:9001:2015 certified and has provided SSA infrastructure including lasers, telescopes and beam directors to allies and partners globally.

The Australian Space Awards, hosted by Space Connect and principal partner KBR, successfully celebrated an exceptional field of over 120 finalists shortlisted from over 366 submissions representing 60 companies, across the length and breadth of Australia's growing space industry.

The awards were also supported by the Australian Space Agency and the Space Industry Association of Australia (SIAA), the government and industry peak body, which provide a pivotal role in providing the policy direction and support for developing the nation's industry.

Winning a Space Award is a desirable accolade for both individuals and businesses seeking to forge their role in the space industry.

A full list of the winners for the inaugural Australian Space Awards can be found here.