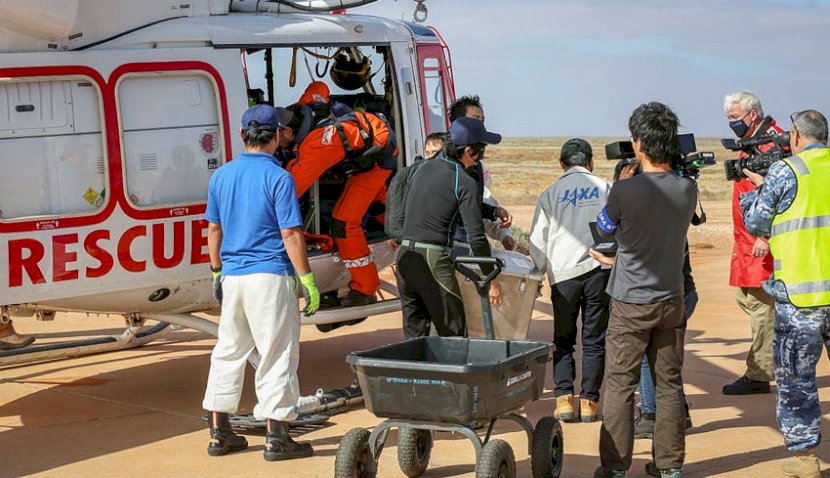 A leading expert from the Australian National University (ANU) who will analyse the samples says they could provide major insights into the origin of life on Earth. The ANU team will work with their Japanese counterparts supporting the study of asteroid samples gathered as part of the Japan Aerospace Exploration Agency’s (JAXA) Hayabusa2 mission. 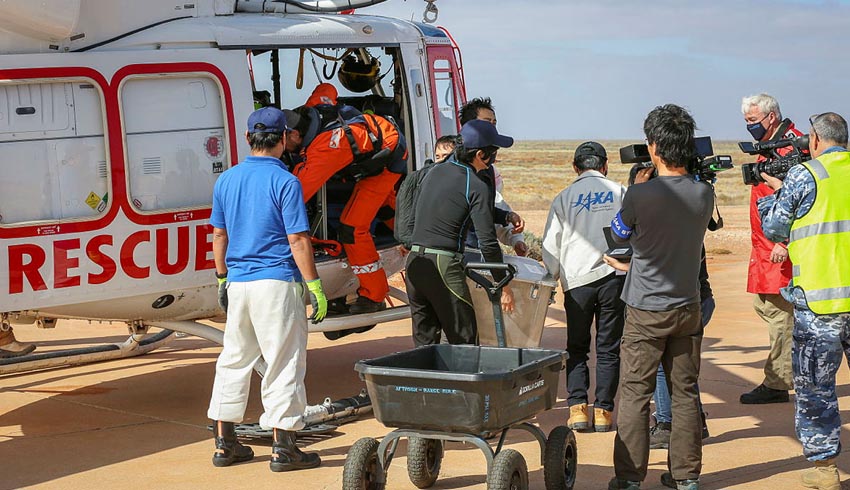 The subsurface material collected from the asteroid will be dropped off by Hayabusa2. Testing will start almost immediately on the returned material. The mission aims to shed light on the nature of asteroids and the origins of planets in our solar system, as well as the origin of Earth's water, which is vital for all life.

ANU space rock expert Professor Trevor Ireland, who is on the Hayabusa2 science team, is in Woomera awaiting the arrival of the asteroid sample, which he will analyse in the lab.

Professor Ireland, from the ANU Research School of Earth Sciences, said, "I anticipate that the Hayabusa2 samples of asteroid Ryugu will be very similar to the meteorite that fell in Australia near Murchison, Victoria, more than 50 years ago. The Murchison meteorite opened a window on the origin of organics on Earth because these rocks were found to contain simple amino acids as well as abundant water."

Professor Ireland added that his work would help answer big questions about the diamond-shaped asteroid, which is about one kilometre in diameter and in an orbit that takes it between Earth and Mars.

"We will examine whether Ryugu is a potential source of organic matter and water on Earth when the solar system was forming and whether these still remain intact on the asteroid. This C-type asteroid, which is the most common kind, appears to be similar to the Murchison meteorites – rare carbonaceous chondrites packed with organic molecules and water," Professor Ireland explained.

ANU astronomer Dr Brad Tucker said technology has enabled space missions to regularly land on objects in space and return back to Earth.

"With China's Chang'e 5 mission landing on the moon and returning in late December, Osiris-Rex and future missions planned, we'll be able to get our hands dirty and learn a lot about the solar system and our own planet. Future space travel and exploration missions are going to be need to be able to extract resources in space. Missions like Hayabusa2 are laying the groundwork for this endeavour," Dr Tucker, from the ANU Research School of Astronomy and Astrophysics, said.