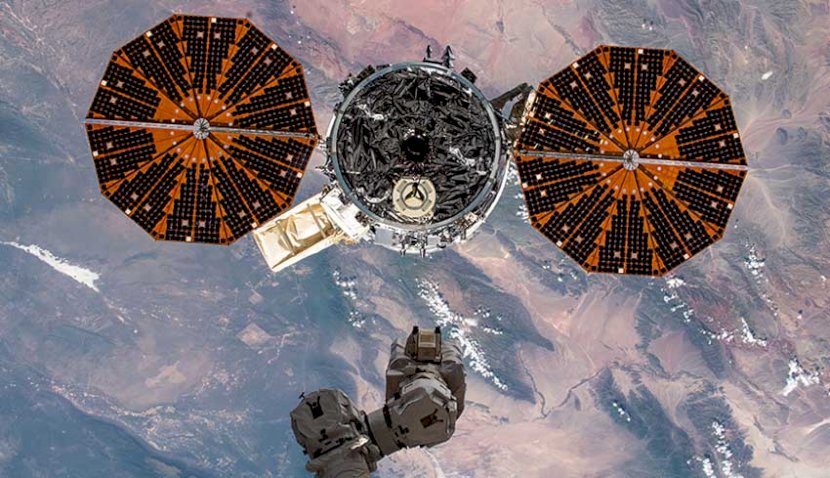 Northrop Grumman has announced the company has completed the first phase of its 14th cargo resupply mission to the International Space Station under NASA’s Commercial Resupply Mission (CRS-2) contract. 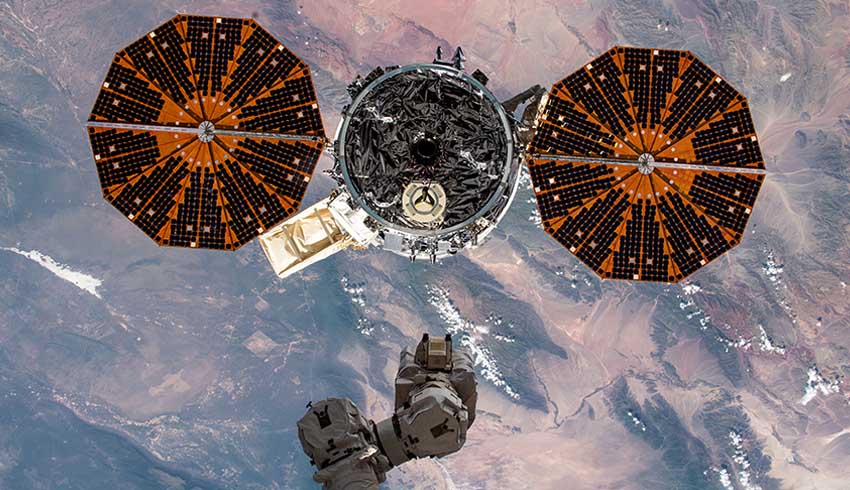 Cygnus was released by the station’s robotic arm at 10:11am ET, carrying more than 1,800 kilograms of disposable cargo and will remain in orbit for approximately two weeks for the secondary phase of its mission. Cygnus’ secondary mission includes conducting NASA’s Spacecraft Fire Safety Experiment V (Saffire-V) experiment, which helps researchers understand how fire behaves in microgravity, and hosting the SharkSat payload.

Frank DeMauro, vice president and general manager, tactical space systems at Northrop Grumman, said, "For more than six years, Northrop Grumman has supported human spaceflight by delivering critical cargo to astronauts aboard the International Space Station and acting as a host to a number of science experiments and technology demonstrations."

SharkSat is a Northrop Grumman-developed prototype payload mounted to the Cygnus spacecraft that will provide data about the performance of key technologies in a space environment for future missions. SharkSat is driving rapid innovation in technology development and growing Northrop Grumman’s next generation of technical leaders.

DeMauro added, "Our Cygnus spacecraft will once again demonstrate the capabilities and flexibility we offer our customers by conducting critical experiments during our secondary mission phase."

The “SS Kalpana Chawla”, launched on 2 October aboard Northrop Grumman’s Antares rocket, carrying approximately 3,600 kilograms of scientific research, supplies and equipment to astronauts living on the station. The vehicle has been docked with the orbiting laboratory since 5 October.

Northrop Grumman solves the toughest problems in space, aeronautics, defence and cyber space to meet the ever evolving needs of customers worldwide. The company's 90,000 employees define possible every day using science, technology and engineering to create and deliver advanced systems, products and services.