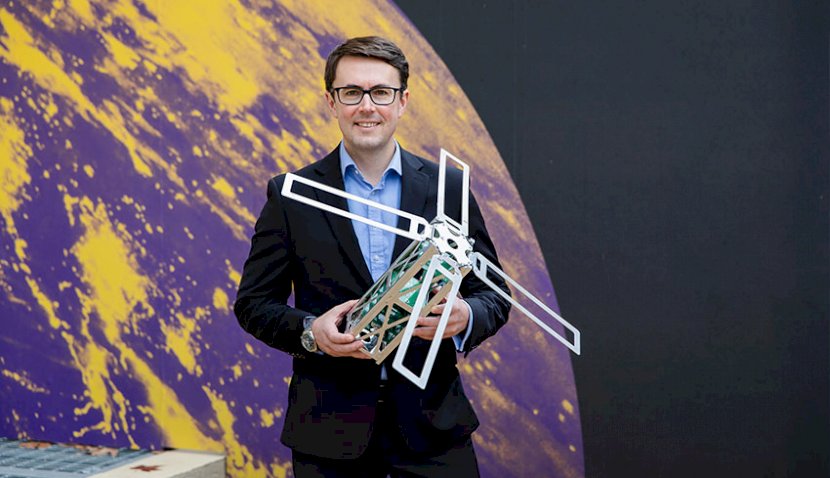 South Australia-based Myriota has announced its involvement in the SASAT1 Space Services Mission to deliver space services to South Australia, as part of a $6.5 million partnership with the SA government. 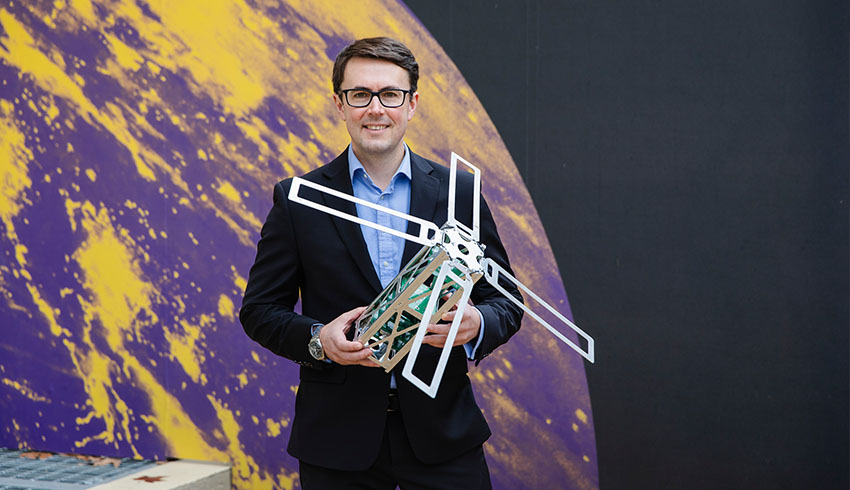 The Marshall government will be partnering with the South Australian space industry to send a locally manufactured small satellite to low-Earth orbit (LEO) – the first state government to ever embark on such a mission.

The ground-breaking $6.5 million project was announced by Premier Steven Marshall, and marks a new partnership between the SA state government and industry.

The information gathered by the satellite will boost SA’s space economy, as well as helping to improve state services such as emergency services, the environment, water quality monitoring, mining and bushfire mitigation.

Importantly, the SASAT1 Space Services Mission will strengthen the competitiveness of South Australian businesses in the small-satellite supply chain and pave the way for external investment and future growth in Australia and abroad.

Dr Alex Grant said, “Myriota is proud to be involved in the SASAT1 project, and to partner with space industry leaders Inovor Technology and, the SmartSat CRC, as well as and the South Australian government.”

Once launched into LEO, the satellite will support data collection from ground-based sensors plus Earth observation imaging via a hyperspectral electro-optical payload. Myriota’s IoT connectivity will support the collection of data about multiple weather events, including rainfall and bushfires – both of which have been impacted by climate change in recent years.

“South Australia sits at the heart of Australia’s space industry, and is leading the growth of our national ecosystem. The Space Services Mission will benefit South Australians through the improved delivery of emergency services, and environmental monitoring,” Dr Grant added.

Commencing in the coming months, SASAT1 is aimed at driving growth across South Australia’s space economy, while also strengthening the competitiveness of local businesses operating throughout the small-satellite supply chain.

SmartSat CRC chief executive Professor Andy Koronios said the mission is evidence that the South Australian government is working hard to build the local small satellite manufacturing supply chain and strengthen its competitiveness to transform the state into a high-tech economy.

“This mission will provide opportunities for small start-up companies to use the ongoing data captured by the satellite to develop analytics applications for government and commercial use. The SASAT1 Space Services Mission positions South Australia to play an even greater role in national initiatives like water quality monitoring and bushfire mitigation,” said Professor Koronios.

The mission will deliver the satellite in 15 months for launch into orbit, with the satellite available for a further three years to 2024 for data collection and operations.

Premier Marshall said that the project is central to the South Australia Growth State: Space Sector Strategy, which was announced in November.

“South Australia is embarking on a bold mission with industry to design and build a satellite to deliver space-derived services to the state – a venture was never undertaken before by any state government around the country,” he said.

“Applications include using the data and imagery we collect to solve real life problems, like helping farmers monitor water levels so they can more accurately predict future yields. The SASAT1 Space Services Mission will deliver significant value to our state and to our local space industry as well as paving the way for growth in space-craft export, IoT sensor exports, Department of Defence and Australian government space and defence-related projects and the South Australian supply chain.”

Minister for Trade and Investment,Stephen Patterson said the SASAT1 mission cements South Australia’s position as the centrepiece of the nation’s space endeavours.

“Building on South Australia’s strong starting position in the NewSpace economy, the state is presently targeting an annual growth rate in the space sector of 5.8 per cent over the next 10 years, with expectations that the SASAT1 mission will accelerate that,” Minister Patterson said.

“The SASAT1 Space Services Mission is funded through the South Australian government’s Economic and Business Growth Fund and we are so pleased to partner with the local space industry on a project that will drive growth, foster innovation and make us competitive on the world stage.”

Myriota was founded to revolutionise IoT by offering disruptively low-cost and long-battery-life global connectivity. Based in Adelaide, a focal point of the Australian space industry and home of the Australian Space Agency, Myriota has a growing portfolio of more than 60 granted patents, and support from major Australian and international investors.

With a deep heritage in telecommunications research, world-first transmission of IoT data direct to nanosatellite was achieved in 2013. Myriota has made this ground-breaking technology commercially available for partners worldwide.