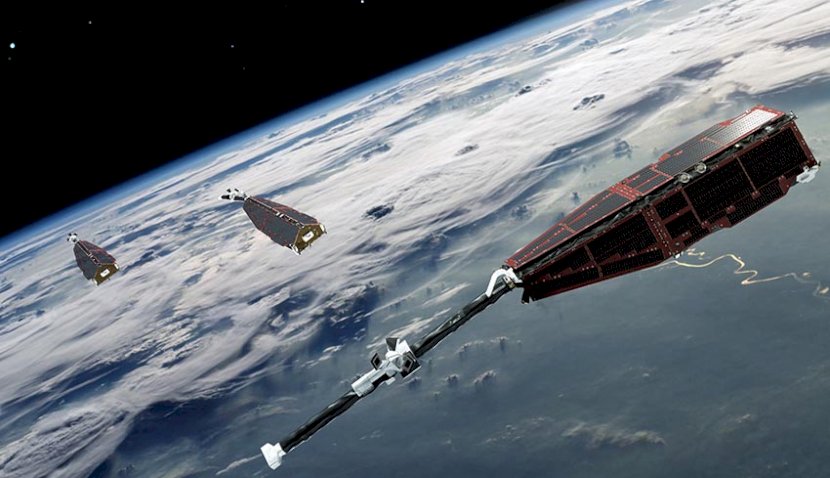 Every minute, ESA’s Earth observation satellites gather dozens of gigabytes of data about our planet – enough information to fill the pages on a 100-metre-long bookshelf. Flying in low-Earth orbits, these spacecraft are continuously taking the pulse of our planet supported by a state-of-the-art operations centre in Germany. 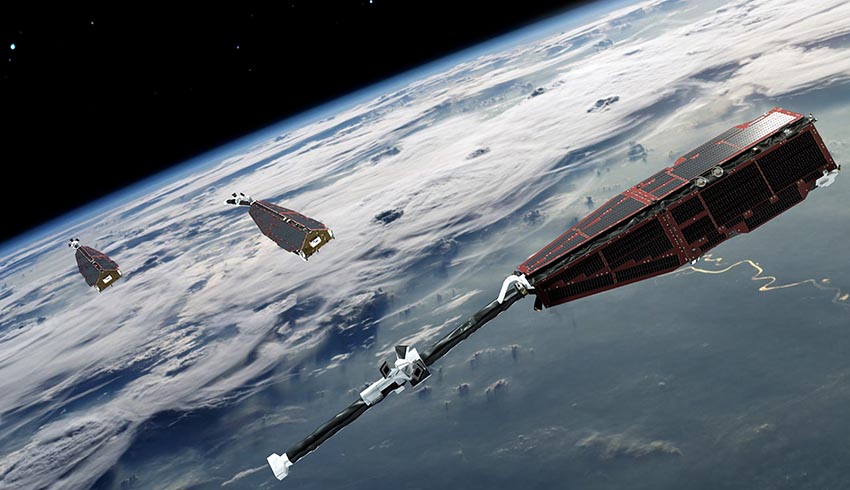 From flying groups of spacecraft in complex formations to dodging space debris and navigating the ever-changing conditions in space known as space weather, ESA’s spacecraft operators ensure we continue to receive beautiful images and vital data on our changing planet.

Many Earth observation satellites travel in formation. For example, the Copernicus Sentinel-5P satellite follows behind the Suomi-NPP satellite (from the National Oceanic and Atmospheric Administration). Flying in a loose trailing formation, they observe parts of our planet in quick succession and monitor rapidly evolving situations. Together they can also cross-validate instruments on board as well as the data acquired.

ESA’s Earth Explorer Swarm satellites are another example of complex formation flying. On a mission to provide the best ever survey of Earth’s geomagnetic field, they are made up of three identical satellites flying in what is called a constellation formation.

Swarm’s individual satellites operate together under shared control in a synchronised manner, accomplishing the same objective of one giant – and more expensive – satellite.

Jose Morales Santiago, ESA’s head of the Earth observation mission operations division, said, "Formation flying has all the challenges of flying many single spacecraft, except with the added complexity that we need to maintain a regular distance between all of these high-speed and high-tech eyes on Earth."

Last year, ESA’s Earth observation missions performed a total of 28 ‘collision avoidance manoeuvres’. These manoeuvres saw operators send the orders to a spacecraft to get out of the way of an oncoming piece of space debris.

An impact with a fast-moving piece of space junk has the potential to destroy an entire satellite and in the process create even more debris. As a spacecraft ‘swerves’ to avoid collision, science instruments may need to be turned off to ensure their safety and avoid being contaminated by the thrusting engine.

Teams at mission control consider how to keep Europe’s fleet of Earth observers safe while maximising the vital work they are able to do. Recently, they came up with an ingenious concept to ‘save science’ during such manoeuvres of the Sentinel-5P satellite.

The Sentinel team quickly realised that during a collision avoidance manoeuvre they would have to suspend science collection for almost a day, because of the emergency firing of the thrusters.

Pierre Choukroun, Sentinel-5P spacecraft operations engineer, explained, "That’s a lot of data to miss out on. As the amount of space debris is currently increasing, this would be something we would need to do more and more often.

"So we designed and validated a new on-board function to enhance the spacecraft’s autonomy, such that the science data loss is reduced to a bare minimum. We are very much looking forward to securing more data for the science community in the near future."