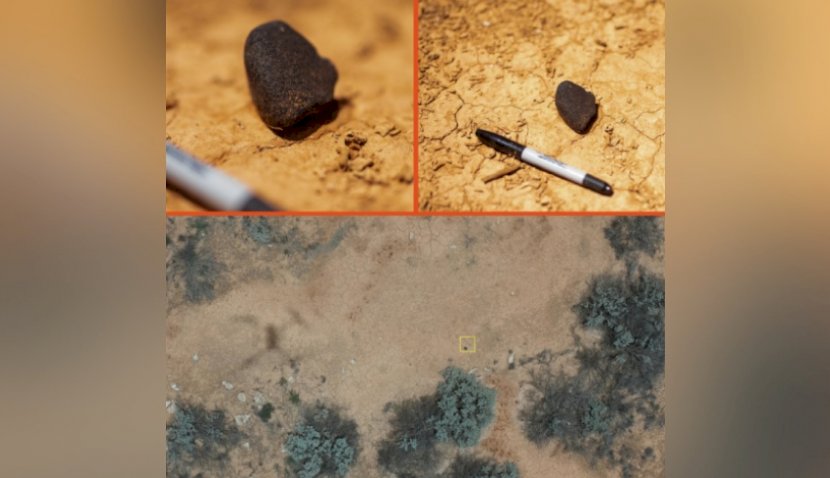 The first ever freshly fallen meteorite detected by a drone occurred last year in Western Australia, and now the team has finally revealed their discovery. 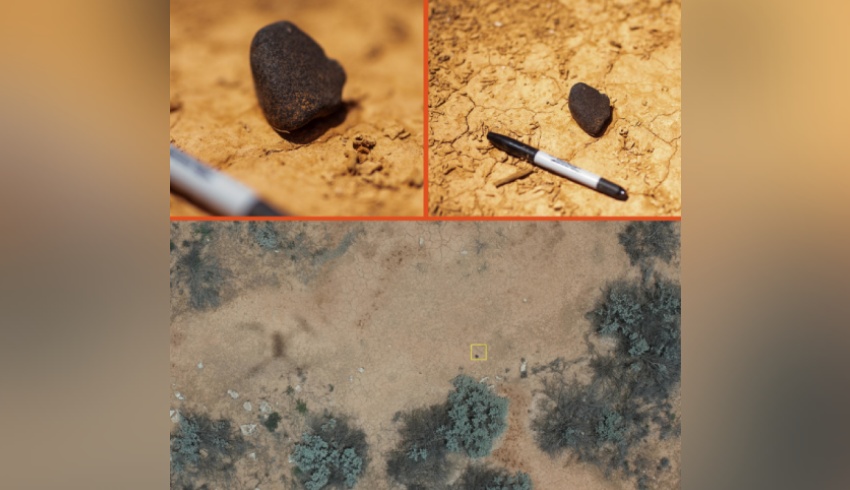 On 1 April 2021, the Desert Fireball Network observatory, which operates multiple cameras that track meteorites, captured a bright fireball entering Earth’s atmosphere, and immediately a team was sent out to locate it.

Within four days, the crew, led by Curtin University’s PhD student Seamus Anderson, located the 70-gram meteorite in Western Nullarbor on the Lintos Paddock of Kybo Station by using a drone and machine learning.

“We didn’t expect to find it at all,” Anderson told Space Connect.

“It was kind of a surprise, but it’s really exciting now because we can apply that to a lot of the other meteorite falls that we have in Australia,” he said.

Anderson begun his PhD with a vision to discover whether drones and machine learning could make the process of finding meteorites more efficient.

He said while other aspects of the process were already automated, this was the “last little thing to automate in the whole pipeline”.

Typically, according to his supervisor Dr Martin Tower, when a fresh meteorite was flagged, a large team would try to collect it quickly before it was degraded by natural causes.

However, this could take up to a few weeks, walking through bush and land like a “police line-up”, according to Tower, which was “expensive and very time consuming”.

But using an automated process to discover the meteorite turned a “two-week, six-person trip” to a “three people, three-day trip … that’s a massive difference,” he added.

When the team was alerted to the fireball, they ventured out to a large span of land, and the first three days were spent surveying it with a drone, capturing thousands of images.

Tower said they trained the computer to identify what a meteorite looked like with previous samples, despite it sometimes detecting false positives like kangaroo waste or other rocks.

The drone would then send the images to the computer system and the algorithm would filter these until it found potential candidates. Once the team chose the strongest ones, they went out to the location, and in this instance, successfully brought back a real, fresh meteorite.

In response to a question about whether the team would have found the meteorite without the drone, Tower said: “Probably not in this case.”

He said if they had used the old system, they probably wouldn’t have even touched this candidate because it would be too difficult.

“Sites that were once write-offs now become feasible for searching sites that we wouldn't have touched before,” he said.

Tower added that while some meteorites had been found with drones – sometimes accidentally – it was the first time one that just fell on Earth was located and picked up before being degraded.

While the team has not classified the meteorite yet, they suspect it is a chondrite, which is a stony rock either melted or differentiated to its parent body.

Total votes: 8547
The voting for this poll has ended