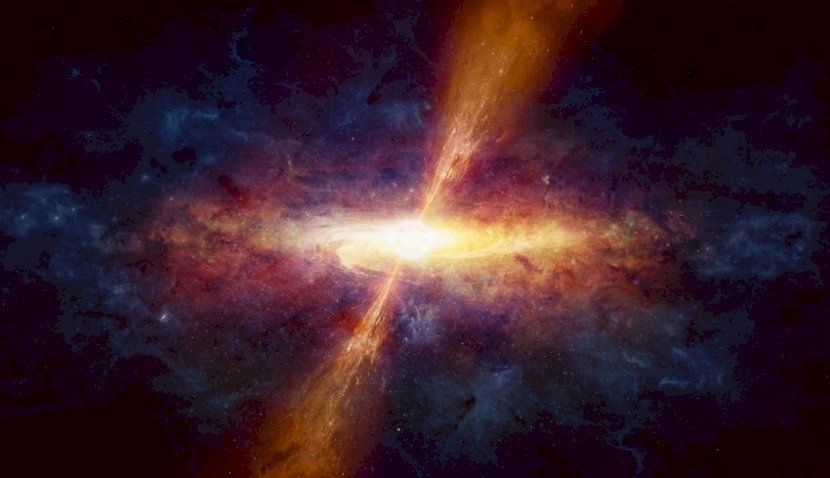 A quasar is one of the most powerful objects in space and scientists have been continuously fascinated by the phenomenon that provides a glimpse of the early universe. 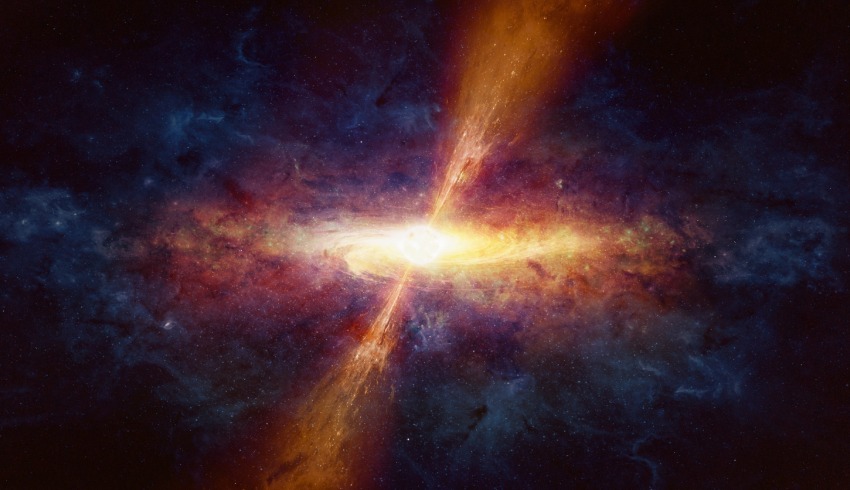 The name comes from the acronym “QSO”, which is short for “quasi-stellar radio source”, or “quasi-stellar object”, due to their star-like appearance, and the fact that these were first discovered by their radio waves.

Quasars are some of the most tightly compacted objects in the universe and also the brightest.

According to NASA, quasars can be a trillion times brighter than the sun and are thought to drown out the light from all other stars in the same galaxy.

These are presumed to be powered by supermassive black holes – a section of the universe with tightly packed matter where no light can escape – which lie at the centre of massive galaxies, according to Swinburne University.

“The light we see from quasars comes from a disk of gas and stars called an accretion disk, which surrounds the black hole,” Swinburne explains.

“Intense heat and light is emitted from this accretion disk, caused by friction produced from the material swirling around, and eventually, into the black hole.”

Quasars also contain opposing jets that emit from their central regions, and when one interacts with the gas surrounding the galaxy, radio waves are emitted and can be detected by radio telescopes.

These are extremely far away

While quasars are known as the brightest objects in the cosmos, these are also the furthest away from Earth.

In fact, they are so far, it takes billions of years for the light emitted from them to even reach Earth, according to NASA.

“When we look at a quasar, it is like we are looking back in time. The light we see today is what the quasar looked like billions of years ago,” said the American agency.

In 2015, astronomers using the Hubble Space Telescope discovered that the nearest galaxy to Earth that hosts a quasar – the Markarian 231 (Mrk 231) – is powered by two central black holes.

The Mrk 231 is located 600 million light years away, and through studying it, scientists suggest that most quasars host two supermassive black holes, which fall into orbit about one another as a result of two galaxies merging, NASA said.

“Like a pair of whirling skaters, the black-hole duo generates tremendous amounts of energy that makes the core of the host galaxy outshine the glow of its population of billions of stars, which scientists then identify as quasars.”

Quasars were originally discovered with radio telescopes, hence the “r” in quasar, according to Swinburne, but only about 10 per cent of quasars emit strong radio waves.

Early discoveries of quasars in the 1960s nod to a collective of astronomers, including John Bolton, Allan Sandage, Thomas Matthews, Cyril Hazard and Maarten Schmidt.

Dubbed quasar 3C 273, it resides in a giant elliptical galaxy in the constellation of Virgo and is about 2.5 billion light years away.

The biggest breakthrough, however, was when Dutch astronomer and Caltech professor Maarten Schmidt studied this particular quasar in 1963, and found it had a mysterious jet that was star-like in its appearance and found its emission lines didn’t match any known chemical elements, according to EarthSky.

“Schmidt had a sudden realization that 3C273 contained the very ordinary element hydrogen. It was just tricky to identify because the spectral lines of hydrogen didn’t appear where expected; instead, they were highly shifted toward the red end of the spectrum.”

This large redshift could only occur if the quasar was extremely distant, almost three billion light years away.

The universe is always expanding, meaning that light travelling through space stretches too, which is called the cosmological redshift. According to NASA, “the greater the redshift, the greater the distance the light has travelled”.

“In fact, the visible light emitted at the early universe is stretched so dramatically that it is shifted out into the infrared when it arrives to us.”

How are quasars powered from black holes?

While it is still somewhat of a mystery, scientists have concluded that the source of quasars best fit the properties of supermassive black holes.

Small black holes come from the deaths of extremely large stars, but the black holes at the centre of quasars have masses that are typically billions of times of the sun.

The Sloan Digital Sky Survey explains that at the centre of a quasar, the black hole is surrounded by a large, rotating cloud of gas that falls into the black hole and then heated up to millions of degrees.

How James Webb will study them deeper

According to the Webb team, the recently launched telescope is set to study six of the most distant and luminous quasars, uncovering their properties, their host galaxies and their evolution.

“As Webb peers deep into the universe, it will actually look back in time. Light from these distant quasars began its journey to Webb when the universe was very young and took billions of years to arrive. We will see things as they were long ago, not as they are today,” NASA said.

According to the American agency, Webb is equipped with infrared-tuned instruments, allowing the telescope to be able to detect the kind of light quasars emit.

“We’re interested in observing the most luminous quasars because the very high amount of energy that they’re generating down at their cores should lead to the largest impact on the host galaxy by the mechanisms such as quasar outflow and heating,” said Chris Willott, a research scientist at the Herzberg Astronomy and Astrophysics Research Centre of the National Research Council of Canada (NRC) in Victoria, British Columbia. Willott is also the Canadian Space Agency’s Webb project scientist.

“We want to observe these quasars at the moment when they’re having the largest impact on their host galaxies.”

Tags:
News Feature
Category
discovery
Feature: Unpacking First Nations knowledge of the skies
Is it wise to blast out Earth’s location to aliens?