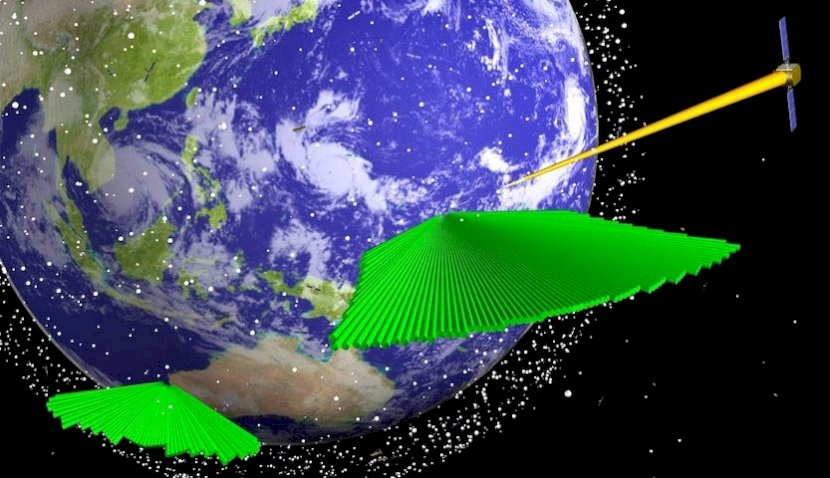 The emerging strategic high ground is what’s called cislunar space, that region around the moon from where it’s much easier to go elsewhere in space.

In a new report, the US Air Force Space Command examines the future of space beyond mid-century and those regions beyond areas of traditional strategic interest, low Earth out to geo-stationary orbit.

In cislunar space, gravity is low enough to make it easier to access other locations such as near-Earth asteroids, with their potentially abundant resources. Any power which could dominate this region would have a strategic advantage.

Australian Strategic Policy Institute (ASPI) senior analyst Dr Malcolm Davis said China was also interested in this new high ground, and some commentators pointed to an emerging space space race between China and the US.

“That might include a race to determine a new order in space, in addition to establishing control over key regions of cislunar space,” he said in an article on the ASPI The Strategist blog.

“As our perspective on space terrain expands to encompass the cislunar region, it becomes more challenging for the US and its allies to develop strategies for defending their security interests, and commercial advantage, by ensuring access and presence.”

That starts at the most optimistic – called the Star Trek scenario – with the US retaining leadership and maintaining laws and regulatory processes to support global civil, commercial and military activities for peace and prosperity.

Least optimistic is where China dominates space and shapes the rules to benefit itself at the expense of the US.

The report does make some assumptions, including that the US will succeed in its goal of returning to the moon in 2024, which seems achievable.

Dr Davis said Australia as a new space entrant had a valuable opportunity to think boldly about how it can play a role across the cislunar region.

“Space competition on the high ground of cislunar space may in part depend on who establishes the rules and regulatory foundations for human space activity out to the 2060s first,” he said.

“It’s better for Australia if a coalition of Western liberal democratic states, led by the US, shapes this new domain. The alternative is that others will make key decisions to our disadvantage.”

Dr Davis said that in space, location is everything.

Reaching the high ground of cislunar space and establishing a permanent presence there mattered a great deal if we are to have a role in shaping the rules that will regulate human activity, including military activities, in that region.

“We need to think strategically about space,” he said.

“From a civil and commercial space perspective, it’s important for Australia to play a visible role in US-led space activities in cislunar space and on the lunar surface,” he said.

“Such an Australian ‘moonshot’ goal would be consistent with the Australian Space Agency’s civil space strategy, and would directly draw on Australia’s space industry sector, in areas such as robotics and automation, access to space, and other ‘leapfrog’ research and development efforts.”

Dr Davis said that would also allow Australia to directly support the primary recommendations of the Space Command 2060 report, which includes shaping the cislunar region’s rules-based order from the outset.