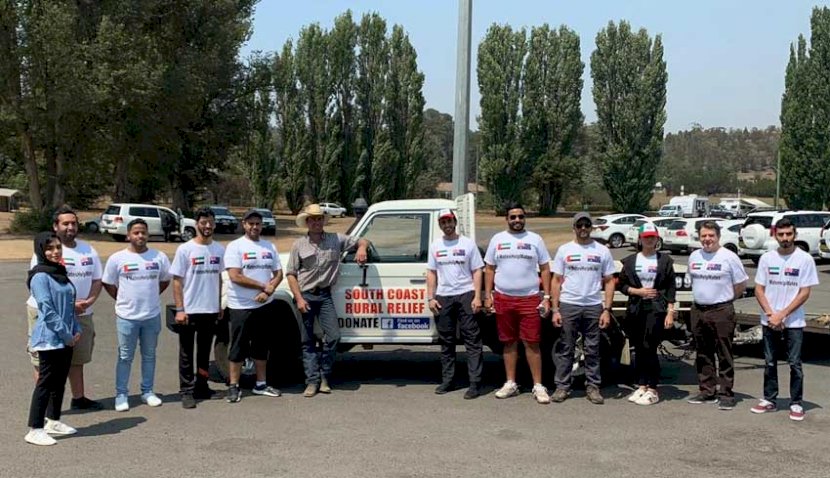 Emirati astronaut Sultan Al Neyadi has rallied behind the nationwide efforts of the UAE to help provide support to Australian communities devastated by bushfires. 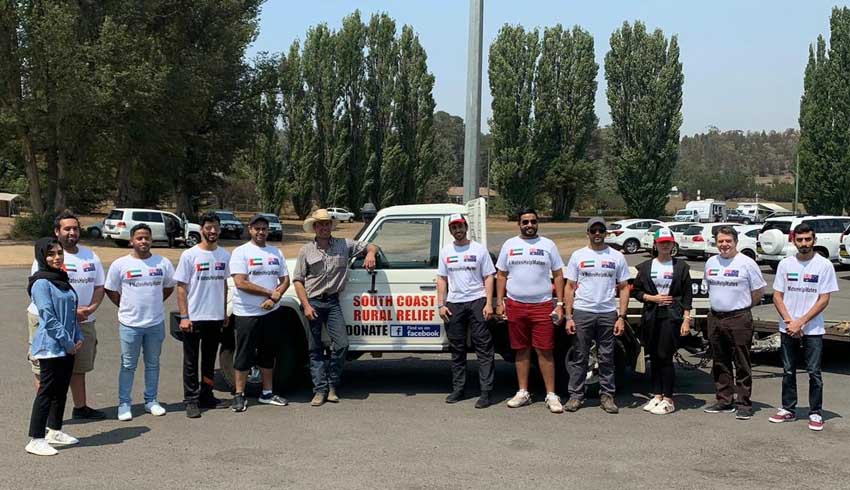 Australia and the United Arab Emirates are good friends. After all, large numbers of Australians visit the UAE, which hosts Australia’s main military base for operations in the Middle East.

Many Emiratis study in Australian universities. One of them, space scientist and astronaut designate Sultan Al Neyadi, has thrown his support behind a UAE-wide campaign to help fire-ravaged Australia.

He joined a humanitarian convoy from the Emirates that visited a bushfire emergency centre in NSW, hard hit by the bushfires.

Dr Al Neyadi is familiar with Australia. He studied for his doctorate at Griffith University in Queensland.

In a series of tweets to his thousands of followers, Dr Al Neyadi said he was “overwhelmed by emotions of support and love to the country where we all studied”.

“I and a group of other Emirati professionals visited Australia in solidarity and compassion,” he wrote.

“The scale of destruction is palpable. But together, we stand. Please join us in showing solidarity with Australia throughout this crisis,” he added, using the hashtag #mateshelpmates.

He also posted a NASA image taken from space showing the smoke plume over eastern Australia.

The Emirates Red Crescent and the Australian Red Cross, with the Australian Embassy in Abu Dhabi, have launched an appeal for Emiratis to donate to a bushfire fund for victims and families who had lost loved ones, homes and livelihoods in the fires.

“We stand in solidarity with those affected by the tragic forest fires in Australia, the country I lived in for years during my master’s and PhD studies,’’ he wrote.

Reem Al Hashimy, Minister of State for International Co-operation, said on Thursday that there was a groundswell of support for Australia in the UAE.

“A grassroots movement is growing in the UAE community to support Australia at this time,” she said.

“Thank you UAE for your condolences and offers of support,” he tweeted.