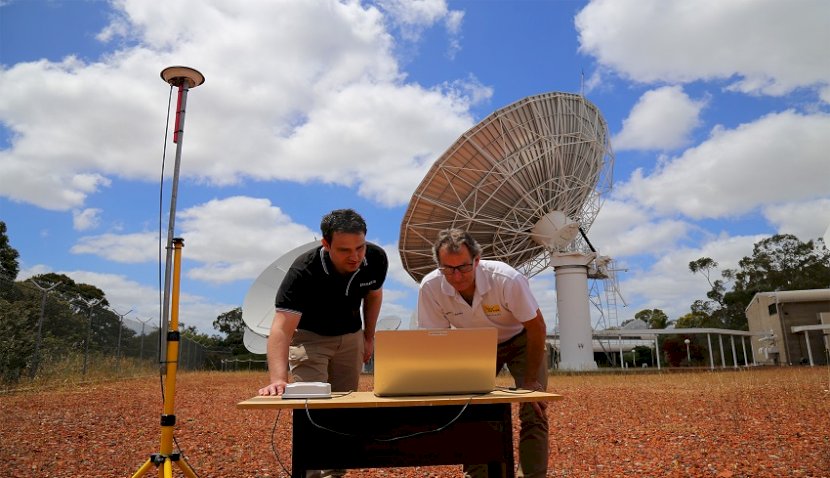 The Agency for Air Navigation Safety in Africa and Madagascar (ASECNA), the Nigerian Communications Satellite Ltd (NIGCOMSAT), and Thales Alenia Space, a joint venture between Thales and Leonardo, will join efforts to accelerate SBAS development for aviation in Africa, with Australia playing a pivotal role in the success. 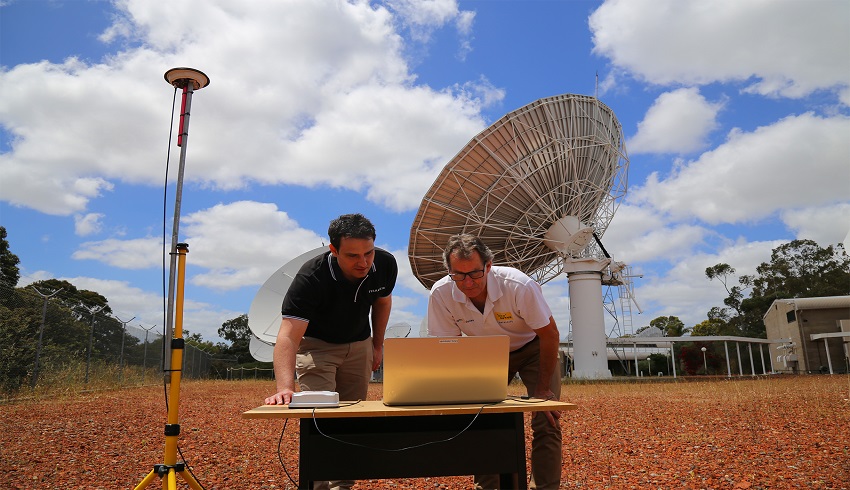 Following the successful broadcast of a SBAS (Satellite-Based Augmentation System) signal over Africa and the Indian Ocean (AFI) region, including receipt of a SBAS signal at the Optus Satellite teleport in Western Australia in October 2020, the first SBAS open service in this part of the world, the three partners have recently conducted a series of five flight demos at Lomé International Airport, successfully demonstrating critical SBAS Safety of Life Service for aviation.

The goal of the flight demos was to show in real configuration the efficiency of the technology developed in the frame of the early open service as part of the SBAS for Africa and Indian Ocean program, which pursues the autonomous provision of SBAS services over the continent, to augment the performances of the satellite navigation constellations GPS and Galileo.

The tests were carried out by means of the ASECNA calibration aircraft (ATR42-300), which has been equipped for the occasion by Pildo Labs with specific sensors and embarked VIPs and pilots in five rotations over Lomé Airport.

The aim of the experiment was to demonstrate the ability of the system to allow landings on the two ends of the runway without deployment of local ground infrastructure and with a performance level close to the use of Instrument Landing Systems (ILS).

Dr Abimbola Alale, MD/CEO of NIGCOMSAT, said, "We are proud to support the SBAS for Africa and Indian Ocean open service and to have contributed to the success of these inflight demos using our geostationary communication satellite NIGCOMSAT-1R navigation payload."

These advances in SBAS Safety of Life services demonstrate the significant benefits for regional aviation in Australia and New Zealand from an aviation certified SBAS. Many small and medium-sized airports are unable to afford ground-based navigation aids such as an Instrument Landing System.

"The SBAS demonstration flight feat is in line with policy direction of the Honorable Minister of Communications and Digital Economy of Federal Republic of Nigeria; Dr Isa Ali Ibrahim (Pantami) FNCS, FBCS, FIIM for value addition and propensity not only in the telecommunications sector but aviation, maritime, rail transport, precision agriculture, survey, oil and gas, and mass-market applications for sustainable development beyond Nigerian shores."

By utilising SBAS SoL Services, these airports have the potential to make landing in remote locations much safer, increasing the opportunity to grow future travel to the regions. For larger airports equipped with ground-based navigation aids, the SBAS SoL Service is a reliable back-up in the event ground-based systems fail. In addition, increased safety and lower operations costs provided by SBAS SoL Service helps decrease the environmental impact of air traffic by leading to lower aircraft fuel consumption, and reducing noise levels for people living near airports.

Benoit Broudy, vice president navigation business at Thales Alenia Space, said, "Our longstanding expertise acquired with the development of EGNOS1 SBAS in Europe and KASS SBAS in Korea combined with our new leading-edge satellite positioning technologies makes Thales Alenia Space the ideal partner to best support countries to implement their own SBAS efficiently. We hope these series of demos will help to accelerate SBAS adoption in aviation in Africa."

For Africa & Indian Ocean, these recent tests demonstrate the benefits of the future operational safety-of-life SBAS services, expected from 2024, in terms of flight safety, efficiency and of environmental protection – a crucial step forward for the provision and use of satellite navigation services in the Africa and Indian Ocean region.

Mohamed Moussa, director general of ASECNA, added, "I’m proud to have demonstrated the utility and efficiency of the SBAS services in the continent. This event will bolster the deployment of the 'SBAS for Africa and Indian Ocean' system, the navigation solution for Africa by Africa, which will enhance air navigation safety and efficiency for the benefit of the whole continent, in line with my vision for the unification of the African Sky."