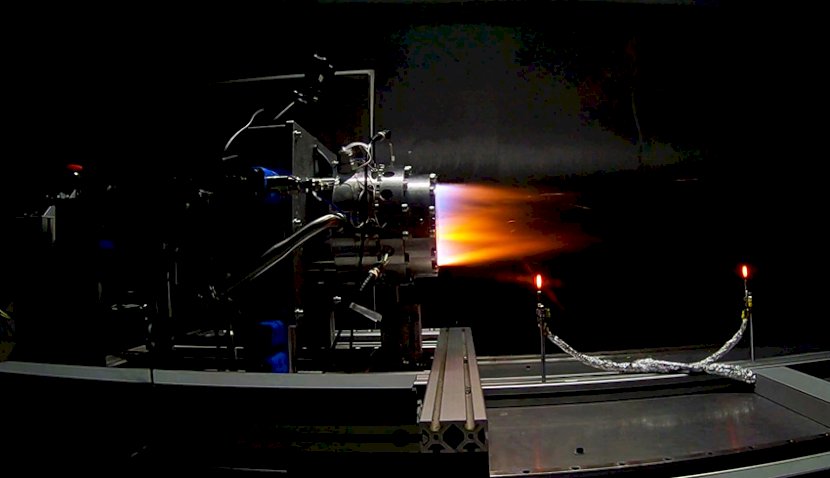 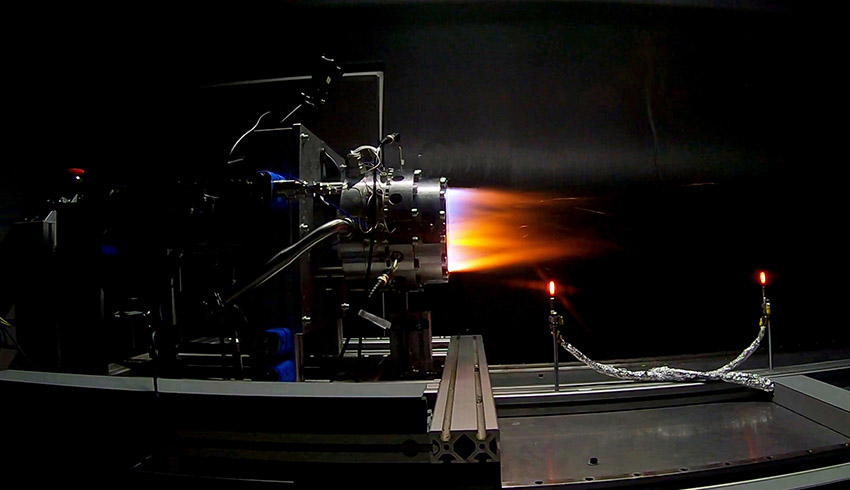 DefendTex — the leader of a research consortium made up of RMIT University, the University of Sydney and Universität der Bundeswehr in Germany — has developed a rotating detonation engine (RDE), a new propulsion system designed to support high-speed flight and space launch services.

Unlike conventional rocket engines, which burn fuel at constant pressure, RDEs have been built to produce thrust by rapidly detonating their propellant in a ring-shaped combustor.

The engine then enters a self-sustaining cycle of detonation waves that travel around the combustor at supersonic speeds greater than 2.5 kilometres a second.

According to DefendTex, this technology has the potential to “significantly increase” engine efficiency and performance, with applications in rocket propulsion and high-speed airbreathing engines.

“To succeed in such an exceptionally challenging project means a lot to everyone involved,” project technical lead and RMIT University aerospace engineer, Dr Adrian Pudsey, said.

“Through strong collaboration over the past two years we now have a truly unique capability and have demonstrated the know-how and science required to push the boundaries of this technology even further.”

Dr Pudsey acknowledged that the team would need to overcome challenges, which include keeping the engine from overheating, and identifying a fully 3D-printed, actively cooled version of the prototype.

Other challenges include developing advanced modelling of the engine’s behaviour and integration of the engine into a functioning flight vehicle.

The University of Sydney’s deputy head of the School of Aerospace, Mechanical and Mechatronic Engineering, associate professor Matthew Cleary, said computational fluid dynamics simulations, a mathematical method that models the movement of liquids and gases, would be an important element to the improved design of the engine and its testing.

“The rotating detonation engine combustor is an extreme environment that cannot easily be tested. Experimental measurements cannot provide all the information we need to optimise these engines,” Cleary said.

“Not only did the simulations complement the experiments, but at the same time, the new models that we are developing will be validated from the experimental data and then used for future design work.”

Universität der Bundeswehr’s Professor Christian Mundt, who helped configure ratios of fuel and oxidiser in the propellant and its precision injection into the combustor, added, “I am glad and proud to be the international partner on this important program.”

DefendTex noted that further developments in the technology could support satellite launches from Australia, creating commercial opportunities for the local industry, while indirectly supporting telecommunications, agriculture, transport, logistics and other industries.

“A few years ago, little funding and support was available for early-stage research in space technology, and through the Cooperative Research Centre Program the opportunity for collaborative engagement between academia, industry and defence has been made possible,” DefendTex chief executive Travis Reddy said.

“This is allowing Australia to rapidly strengthen capability and expertise in this field to achieve game changing breakthroughs, future-proofing our economy and capturing a greater share of the space launch market.”