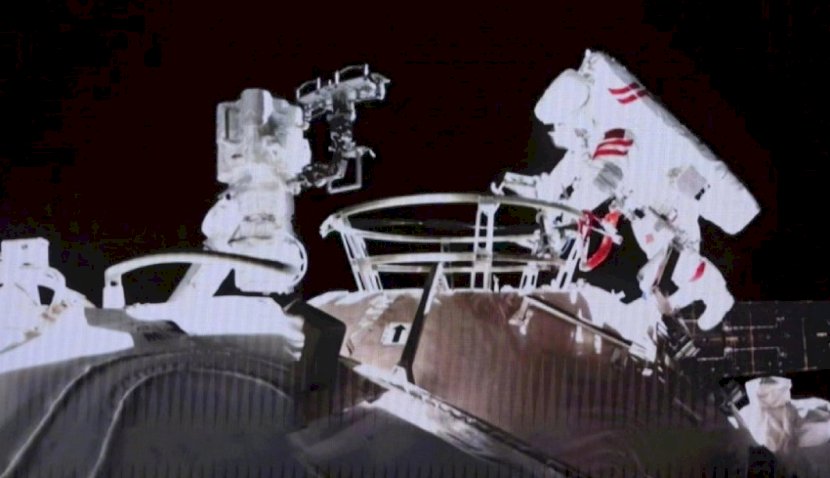 Two Chinese astronauts have completed the first spacewalk outside the Chinese Space Station on Sunday while testing out new spacesuits. 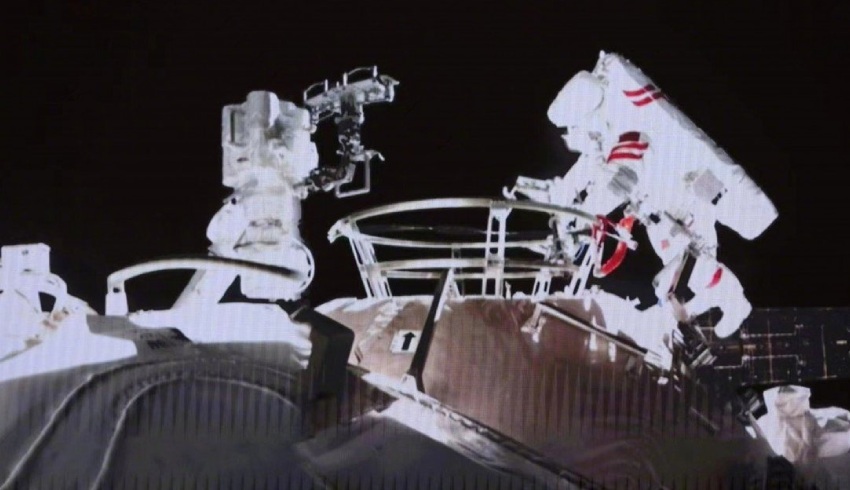 On 3 July at 8:11pm Eastern time, Liu Boming opened the hatch of the Tianhe module and attached the robotic arm and was joined by Tang Hongo, who worked on the handrails. Both completed activities at 2:57am on 4 July according to a released statement from the China Manned Space Agency (CMSA).

Commander of the Shenzhou mission, Nie Haisheng, remained inside the station to run a support operation of a smaller robotic arm, assisting the two other crew members.

During the out-of-vehicle spacewalk, an “assembly of equipment” was installed, including the “lifting of panoramic cameras”.

The mission also tested the aerospace “ability of the crew to work collaboratively with the robotic arm”, according to the CMSA. While installing the new equipment, the taikonauts also were examining their reliability for continuous use.

“The return to the Tianhe core module marked the complete success of astronauts’ first outing activities during the construction phase of China’s space station,” said the released statement from the CMSA.

Part of the mission was also to test out the functional performance of China’s new-generation extra vehicle spacesuit for the first time.

“[The] activities have laid an important foundation for the smooth implementation of subsequent exit activities of the space station,” said the CMSA statement.

This is the second space outing activity carried out by taikonauts after the first crewed Shenzhou VII mission in 2008, and is the first mission during the development of the Chinese Space Station.

The three taikonauts successfully launched into space onboard the Shenzhou-12 on 17 June, marking the first crewed mission to the Chinese Space Station.

The Shenzhou-12 launched on top of the Long March 2F – also known as the Chang Zheng 2F (CZ-2F) – Chinese orbital carrier rocket at 9:22am Beijing time from the Jiuquan Satellite Launch Center in the Gobi Desert in north-west China.

Shenzhou-12 is the third of 11 missions set for building the three-module Chinese Space Station (The Tiangong Station). The station is intended to orbit the Earth for at least 10 years.

The overall mission is for the taikonauts to transfer the 22.5-tonne Tianhe (Harmony of the Heavens) model into service.

When completed, the Chinese Space Station will be one-fifth of the International Space Station’s (ISS) mass, between 80 and 100 tonnes. Tiangong 1 was the first prototype space station launched in 2011, followed by the Tiangong 2 in 2016.

Various experiment modules will be launched between 2021 and 2022. Some include the Wentian and Mengtian, which will perform experiments in areas such as astronomy space medicine, space life science, biotechnology, microgravity fluid physics, microgravity combustion, and space technologies.