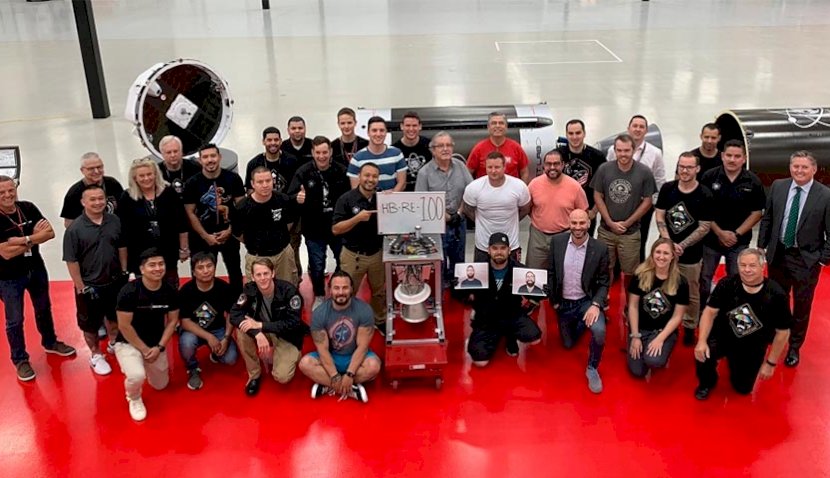 Since the Rutherford engine’s inception in 2013, Rocket Lab has produced 100 flight-ready engines at its Huntington Beach headquarters, flown 70 of them to space and conducted more than 850 successful engine test fires. 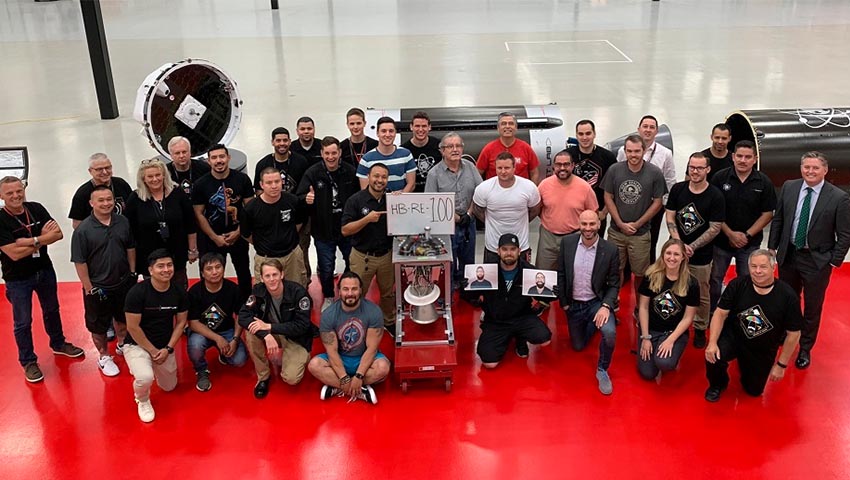 Rocket Lab began development on the world’s first 3D printed, electric turbo-pump fed engine in 2013. Within the same year, Rutherford was test fired for the first time, marking the beginning of a new generation in rocket propulsion.

To date, 70 Rutherford engines have been launched to space on Electron missions, the most recent being the ‘Make It Rain’ mission launched on 29 June 2019 from Rocket Lab Launch Complex 1.

Rocket Lab CEO Peter Beck said Rutherford’s unique 3D printed design was developed with the single-minded goal of producing a reliable and high-performing rocket engine that could be manufactured quickly, efficiently and in high-volumes.

"The Rutherford engine has played an integral part in enabling Rocket Lab to make frequent and reliable launch a reality for small satellites," he said.

"It’s a testament to our innovative design and manufacturing teams that we’ve achieved everything we set out to do in just a few short years; an entirely new type of rocket engine that delivers unmatched performance, boasts a proven record of 100 per cent launch reliability and can be manufactured quickly and efficiently."

Weighing just 35 kilograms each, Rocket Lab’s Rutherford engines are the world’s first 3D printed and electric pump-fed engines to be launched to space. The engine is named after New Zealand physicist Ernest Rutherford, a Nobel laureate famous for his work in discovering radioactive half-life and being the first to split the atom.

Rocket Lab’svVice president of propulsion Lachlan Matchett has led the Rutherford engine program since its inception, and later played an integral role in the development of Curie, the 3D printed propulsion system on Electron’s innovative Kick Stage.

"Rutherford’s unique design certainly went against the grain of traditional rocket propulsion systems, so to make it to 100 flight-ready engines, more than 28,000 seconds of engine test run time and seven successful launches is a proud moment for the team," said Matchett.

To meet a growing launch manifest, Rocket Lab has recently expanded its propulsion manufacturing and test teams, and also increased its 3D printing facilities in Huntington Beach, California, to produce 200 Rutherford engines in the next 12 months. The engines will be integrated onto Electron vehicles for lift-off from Launch Complex 1 in New Zealand, as well as Launch Complex 2 at the Mid-Atlantic Regional Spaceport in Wallops Island, Virginia.

Rutherford engines are manufactured at Rocket Lab’s headquarters in Huntington Beach. They are shipped to Rocket Lab’s New Zealand facilities for testing before integration with the Electron launch vehicle and eventual launch from Rocket Lab’s private orbital launch facility, Launch Complex-1, on the Māhia Peninsula.