Students dispatch Vegemite toast to the edge of space 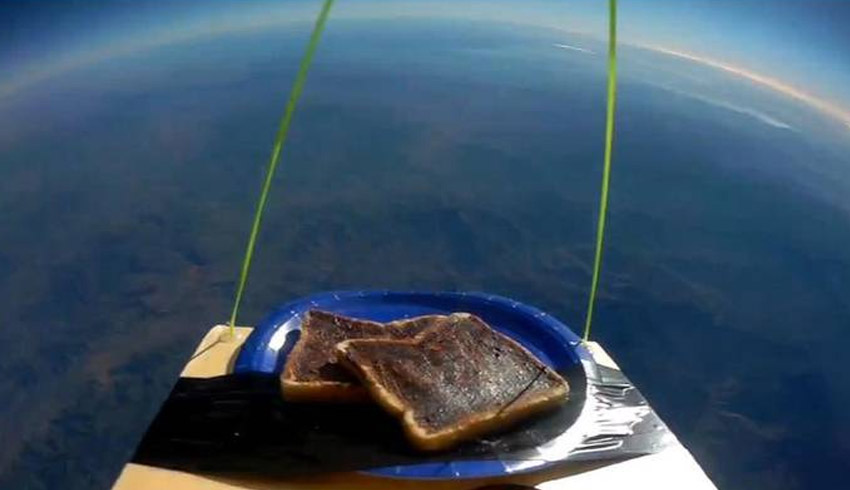 Every week Australia’s space sector notches up fresh achievements, whether they be technological advances or new partnering agreements.

Students dispatch Vegemite toast to the edge of space

But to mark a year of the new Australian Space Agency, students from the Professional Aeronautics and Astronautics Society at the University of Technology Sydney launched two slices of toast with Vegemite to the edge of space.

Admittedly this was aboard a balloon rather than a rocket, which didn’t actually make it to the edge of space, defined as the Karman line, the boundary of the Earth’s atmosphere and space – around 100 kilometres up.

The UTS balloon appears to have made it part of the way, though it’s not clear just how far.

The balloon was launched at Muswellbrook, NSW, with imagery of the venture showing the plate with two slices of toast with Vegemite and the Earth’s curvature clearly visible in the background.

“How good is Australia and how good are Australians!?" said one.

Yet another predicted war with aliens: “This will kick off an intergalactic war. Once that Vegemite is tasted by an alien life form, our offerings will be taken as an indirect attack, possibly the beginning of the end for mankind. Mark my words.”

Following safe return, team members consumed their (now cold) toast with Vegemite. The verdict – it was if the toast had been drenched, frozen then defrosted.
Still this was quite an achievement.

“Anyone can do space,” said team member Gavan Huang in their video.

“We have to use Australian ingenuity to get things done and I think we need that right now, especially in the space industry.”