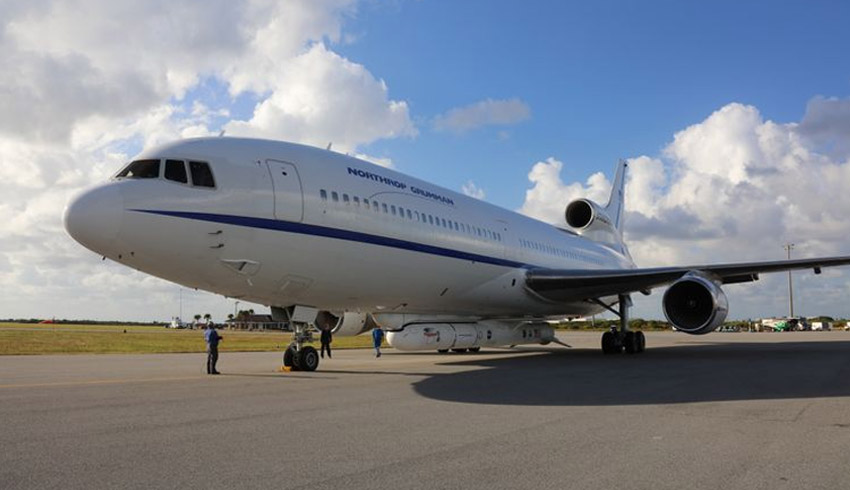 Northrop Grumman has confirmed the successful launch of its Ionospheric Connection Explorer (ICON) satellite aboard a Pegasus XL for NASA.

The first launch opportunity around 9:30pm was skipped due to communication issues between the ground team at Cape Canaveral and the aircraft. On the second attempt, the aircraft crew released its payload at 9:59pm EDT and automated systems on the Pegasus rocket launched ICON, a spacecraft roughly the size of a refrigerator, into space.

The spacecraft’s solar panels successfully deployed, indicating it has power with all systems operating. After an approximately month-long commissioning period, ICON will begin sending back its first science data in November.

ICON will study changes in a region of the upper atmosphere called the ionosphere. In addition to interfering with communications signals, space weather in the ionosphere can also prematurely decay spacecraft orbits and expose astronauts to radiation-borne health risks.

Historically, this critical region of near-Earth space has been difficult to observe. Spacecraft can’t travel through the low parts of the ionosphere and balloons can’t travel high enough.

Nicola Fox, director for heliophysics at NASA Headquarters in Washington said, "ICON has an important job to do – to help us understand the dynamic space environment near our home. ICON will be the first mission to simultaneously track what’s happening in Earth’s upper atmosphere and in space to see how the two interact, causing the kind of changes that can disrupt our communications systems."

ICON explores the connections between the neutral atmosphere and the electrically charged ionosphere with four instruments. Three of the instruments rely on one of the upper atmosphere’s more spectacular phenomena: colorful bands called airglow.

Airglow is created by a similar process that creates the aurora – gas is excited by radiation from the sun and emits light. Though aurora are typically confined to extreme northern and southern latitudes, airglow happens constantly across the globe, and is much fainter.

But it’s still bright enough for ICON’s instruments to build up a picture of the ionosphere’s density, composition and structure. By way of airglow, ICON can observe how particles throughout the upper atmosphere are moving.

ICON’s fourth instrument provides direct measurements of the ionosphere around it. This instrument characterises the charged gases immediately surrounding the spacecraft.

Steve Krein, vice president, civil and commercial satellites at Northrop Grumman, welcomed the successful launch, saying, "The successful launch of ICON continues to demonstrate Northrop Grumman’s legacy of delivering innovative space science missions for NASA. ICON marks the latest in a long line of scientific spacecraft we have developed and built for NASA over the last 35 years."

ICON will help determine the physics of Earth’s space environment and pave the way for mitigating its effects on technology, communications systems and society. Northrop Grumman has previously built multiple explorer satellites buses for NASA, including the NuSTAR, Swift, GALEX, AIM and IBEX spacecraft.

Northrop Grumman is also currently manufacturing the Landsat-9 and JPSS-2 spacecraft for NASA. Both satellites use the company’s larger LEOStar-3 bus.

As an air-launched system, Pegasus has unparalleled flexibility to operate from virtually anywhere on Earth with minimal ground support requirements. In fact, Pegasus missions have launched from five separate sites in the US, Europe and the Marshall Islands.

Pegasus is the leading launch system for the deployment of small satellites into low-Earth orbit. As the only NASA Category 3 vehicle in the small-launch class, Pegasus is certified to launch NASA’s most valuable small satellites.