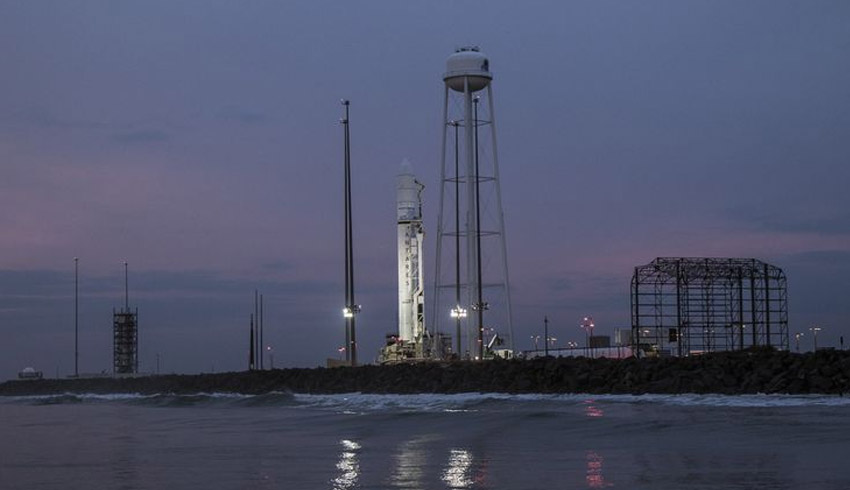 Northrop Grumman has launched the company’s Antares rocket carrying the Cygnus cargo spacecraft to the International Space Station for NASA – as part of a follow-on commercial resupply service contract.

Scheduled to rendezvous and berth with the station on 4 November 2019, NG-12 marks the 12th Cygnus mission to deliver cargo to the ISS and the first launch under the company’s Commercial Resupply Services-2 (CRS-2) contract.

NG-12 is the heaviest load carried by both Cygnus and Antares with approximately 3,729 kilograms of cargo for the station. The rocket’s 230+ version was used for this mission, which includes upgrades to the Stage 1 core, lighter composite structures and an optimised second stage motor.

The upgraded Stage 1 core allows the Antares engines to perform at full thrust throughout most of the first stage flight profile.

Scott Lehr, vice president and general manager, flight systems, Northrop Grumman, said, "With these upgrades, we are able to offer NASA more cargo capacity for their CRS-2 missions by increasing the performance of Antares. We are also providing more flexibility for the final cargo load."

As part of the mission, Cygnus underwent a late load of critical cargo 24 hours prior to the scheduled launch – this capability enables time-sensitive payloads, namely the live rodents flying on Cygnus, to be safely transported to the ISS.

Earlier this year, Northrop Grumman began providing science facilities for NASA to support rodent research at the Eastern Virginia Medical School in Norfolk, Virginia. A key flexibility feature added for CRS-2 is the ability for NASA to significantly alter the final cargo load by up to 20 per cent as late as 24 hours before liftoff.

"As a commercial partner to NASA, we are dedicated to providing the best value to our customer in support of their critical missions," Lehr added.

Another new capability that will be demonstrated during this mission is the simultaneous operation of two Cygnus spacecraft in orbit. The NG-12 mission will be in orbit at the same time as the NG-11 Cygnus spacecraft, which launched in April 2019 on an extended duration flight.

Frank DeMauro, vice president and general manager, space systems, Northrop Grumman, added, "The Cygnus spacecraft continues to provide critical services to the orbiting laboratory while demonstrating a number of innovative capabilities, and our recent partnership with the Eastern Virginia Medical School is just one of the ways we’re expanding our program."

The ability to fly two vehicles at once further demonstrates the robustness of Cygnus to support the goals of NASA’s ambitious missions.

Northrop Grumman names each Cygnus spacecraft in honour of astronauts and individuals who contributed to the US commercial space program. For the NG-12 mission, the company commemorates astronaut Alan Bean, who was selected by NASA to fly on Apollo 12, the second landing of humans on the moon.

The mission, launched in 1969, recently marked its 50th anniversary.

Bean also flew as the commander of Skylab 3, the second crewed mission to Skylab where he spent 59 days aboard the orbiting station, setting a new world record at that time.

After retiring from NASA, Bean dedicated his life to painting scenes inspired by his time on the lunar surface. The SS Alan Bean’s trip to the space station honours Bean’s dedication to advance capabilities that allowed humans to explore space in greater length and detail, as well as his desire to share his experiences with the rest of the world.

Once Cygnus is unberthed from the station, it will reposition to deploy CubeSats using a Nanoracks deployer.

The Slingshot CubeSat Deployer System is also scheduled to be installed by astronauts while Cygnus is docked to the station for another round of CubeSat deployments.

This reinforces how the Cygnus spacecraft continues to serve commercial business in low-Earth orbit through the second phase of its resupply missions to the space station.