Scientists recall the success of Apollo 12 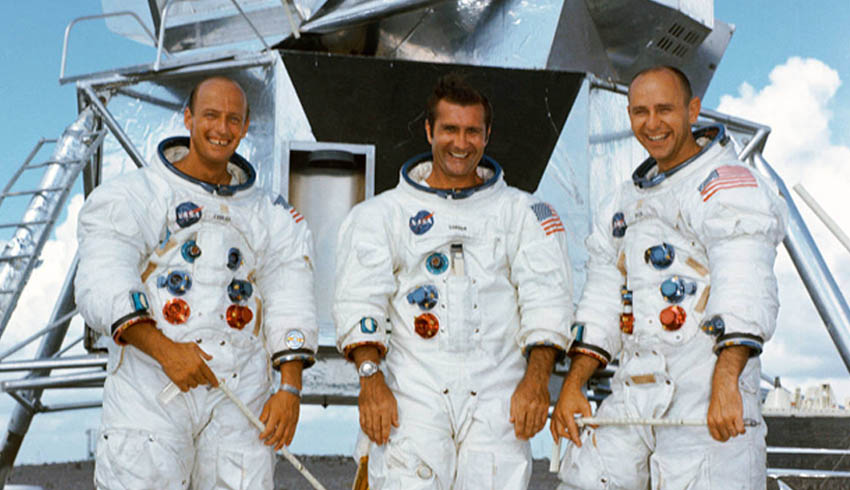 Half a century ago this week, Apollo 12 astronauts Pete Conrad and Alan Bean trekked 160 metres across the moon surface and reached out and touched the Surveyor 3 probe, which had landed two and a half years earlier.

Scientists recall the success of Apollo 12

That’s the only time humans have visited a probe sent to another world.

As NASA prepares to send new probes to Mars, it sees the achievements of the not well remembered Apollo 12 mission – overshadowed by Apollo 11 – as special.

"They achieved the first precision landing, deployed the most advanced suite of science instruments of the time and were the first to interact with another spacecraft that put down on another world. That's all part of the Mars 2020 playbook as well."

Apollo 11, the first crewed mission to the moon, was a huge success but it didn’t run entirely as planned. It overshot its intended landing site in the Sea of Tranquility by about six kilometres.

NASA needed Apollo 12 to prove a precision landing was possible because future Apollo missions would target specific locations in the lunar highlands, where mountains, massive craters, boulder fields and rilles could prove disastrous for the lander.

For Apollo 12, NASA chose a location in the Ocean of Storms, close to where Surveyor 3 landed in April 1967.

"When Pete and Al put the lunar module Intrepid down within about 160 metres of Surveyor 3, it gave NASA the confidence to later send Apollo 15 to Hadley Rille, Apollo 16 to go to the Descartes Highlands and Apollo 17 to land at Taurus Littrow," McNamee said.

"We also have to be precise with our landing on Mars — not only to pave the way for future precision landings on the Red Planet for both robotic and human-crewed missions, but also because Mars 2020's scientifically appealing landing site at Jezero Crater has all sorts of cliffsides, sand dunes, boulders and craters that can adversely affect us during landing."

The Mars 2020 mission will be history's first planetary mission to include terrain relative navigation, a computerised autopilot that uses optical imagers and computers to help Mars 2020 avoid landing hazards and make the most accurate landing on a planetary body in history.

There are other similarities. During their first moonwalk, Conrad and Bean deployed the Apollo Lunar Surface Experiments Package (ALSEP).

This was powered by a radioisotope thermoelectric generator and the five science instruments – seismometer, atmospheric sensor, solar wind spectrometer, lunar dust collector and magnetic field sensor – were the most advanced ever to be carried to another celestial body.

These produced groundbreaking data on the lunar environment from November 1969 to September 1977.

When Mars 2020 lands at Jezero Crater, it also will be equipped with the most advanced scientific instruments ever sent to another world.

"The science instruments we carry benefit not only from advances in technology, but the hard lessons learned by those missions of exploration, including Apollo, that preceded us," said Ken Farley, project scientist for Mars 2020 from Caltech in Pasadena.

"Our seven state-of-the-art science tools will help us acquire the most information possible about Martian geology, atmosphere, environmental conditions and potential biosignatures, giving us insight into the Red Planet like never before."