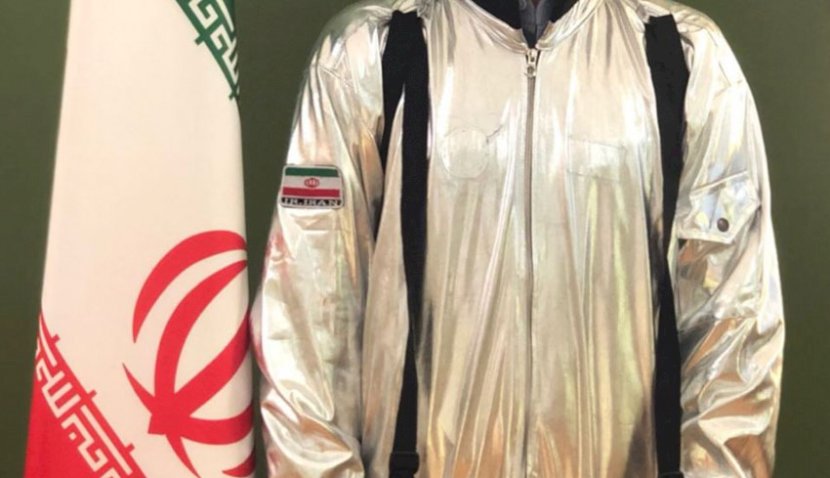 Mohammad-Javad Azari Jahromi, the Iranian Minister of Information and Communications Technology, has revealed a ‘space suit’ bearing the Iranian flag, revealed to be a Halloween costume a week after the country’s disastrous attempt to launch a space mission. 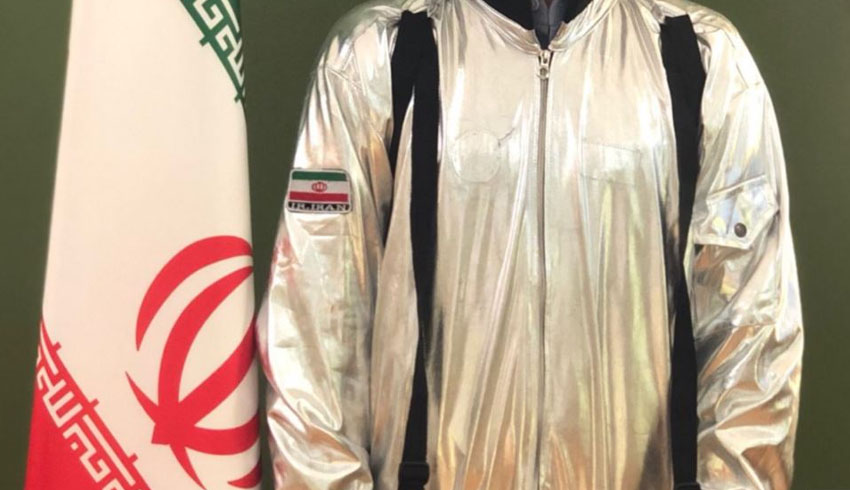 As everyone knows, social media is quick to call out what it sees as idiocy, as it did with the US Space Force green camouflage uniform and a new logo, which looks way too much like the original from Star Trek.

After all, what use is a green and brown multicam pattern camouflage uniform in space and guys, surely you could have come up with a more original logo for the US military’s newest branch.

But the mocking of the US was nothing compared with that directed at Iran after the country’s Minister of Information and Communications Technology, Mohammad-Javad Azari Jahromi, posted an image of the nation’s new space suit on his Twitter account.

Iran is a nation with an active space program and energetic space industry plus ambitions to send people into space.

However, the internet took around 10 seconds to realise the new Iranian space suit was actually a child’s Halloween costume sold by Amazon, Walmart and others for around $20 and therefore not suitable for wear in space.

Iran had removed the original’s NASA and US flag patches and substituted the Iranian flag.

Typical of the scathing commentary was the UK Daily Mail, which cited one Tweet:

“The lack of a 'brain in the Iranian regime has been a constant problem! Minister of Communications buys Halloween costumes and removes the NASA logo, stitches the Islamic Republic flag on it and seeks to frame it as the regime's achievement!”

Undeterred by the social media ridicule, the minister reportedly met a group of students later the same day, telling them Iran planned to plant a flag on the moon as part of an expanded space program.

Iran has something of a history of such stunts, which appear to have more to do with portraying an image of technical achievement to its own people rather than the wider world.

In 2013, Iran displayed images of what it said was its latest stealth fighter. That was promptly dismissed as a crude fibreglass fake.

Similarly, Iran’s new drone, which it claimed to have reverse engineered from a downed Lockheed Martin RQ-170, was also dismissed as a fake, although better.

“It seems their fibreglass work has improved a lot," according to one expert quoted by US media.

The minister’s spacesuit reveal was apparently timed to coincide with the launch of Iran’s new Zafar 1 communications satellite and surely would have passed with less commentary had the launch succeeded. It didn’t.

"Stage-1 and stage-2 motors of the carrier functioned properly and the satellite was successfully detached from its carrier, but at the end of its path it did not reach the required speed for being put in the orbit," Defense Ministry space program spokesman Ahmad Hosseini told Iranian state television, according to a report by the Associated Press.

This was the latest failure in a run of ill fortune for the Iranian space program.

In January last year, there was a launch fail of a Simorgh rocket, followed a month later by the failure of a Safir rocket. Then in August, another rocket exploded on the launch pad.

The Iranian government sought to put a brave face on the latest setback.

Minister Jahromi tweeted that like many scientific projects, failure happens:

Tags:
News
Category
launch
Solar Orbiter blasts off on long mission to study the sun as it’s never been studied before
Kleos Scouting Mission satellites prepared for launch in India