Australia and New Zealand have moved closer to super accurate navigation with a joint agreement to implement a satellite-based augmentation system (SBAS), to operate across both countries. 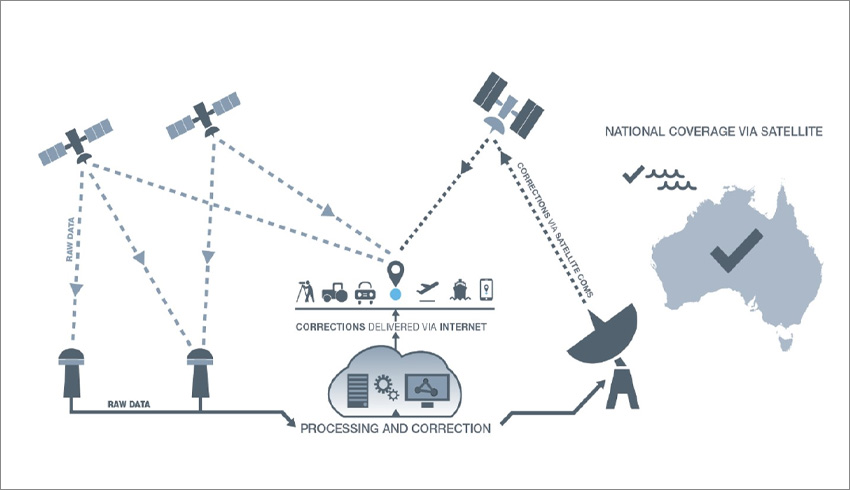 That will give positioning accuracy to 10 centimetres, down from the current accuracy of the global positioning system (GPS) of 5-10 metres.

It’s expected SPAN will be operational by 2023.

Geoscience Australia chief executive officer Dr James Johnson said Australia and New Zealand were working together to bring this world-leading technology to our region, joining countries such as the US, Europe, Russia, India and Japan, which had all successfully invested in an SBAS capability.

“We know through an 18-month trial of SBAS in Australia and New Zealand that decimetre level accuracy will significantly improve productivity and safety in our modern world,” he said.

“The benefits of SBAS were recognised in an independent report by Ernst and Young (EY) in 2019, which showed improved positioning could provide more than $7 billion in economic benefits to Australia and New Zealand.”

“Geoscience Australia and LINZ worked together on the trial of SBAS and our relationship has continued to grow across the Tasman,” she said.

“This means we are confident that SPAN will provide economic efficiencies and safety improvements to sectors important to both our nations, such as agriculture, construction and transport. For example, improved precise positioning will make regional aviation safer and more efficient, which is essential to both our rugged countries.

“Our partnership will also provide a more informed region through better location-based data and mapping, shared marine data and information, and through Earth observations from space.”

The agreement to roll out SPAN was officially announced by Prime Minister Scott Morrison and New Zealand Prime Minister Jacinda Ardern during her visit to Australia late last month.

“The prime ministers welcomed the expansion of collaborative activities under the Australia New Zealand Science, Research and Innovation Cooperation Agreement, including the launch of a trans-Tasman cyber security research program, completion of the ground breaking satellite-based augmentation system (SBAS) trial and investigations into the feasibility of developing a shared trans-Tasman SBAS service,” the PMs said in their joint statement.

That follows 18 months of successful trials, assessing the usefulness of SBAS in 27 projects across a range of industries including agriculture, aviation and transport.

SBAS uses both space-based and ground-based infrastructure to improve the accuracy and integrity of basic Global Navigation Satellite System (GNSS) signals, such as those currently provided by GPS.

SBAS is well developed internationally with systems such as WAAS in the US and EGNOS in Europe.

SBAS works by monitoring satellite GPS signals, calculating corrections, and uploading them to a satellite in geostationary orbit for broadcast to aircraft and other users.