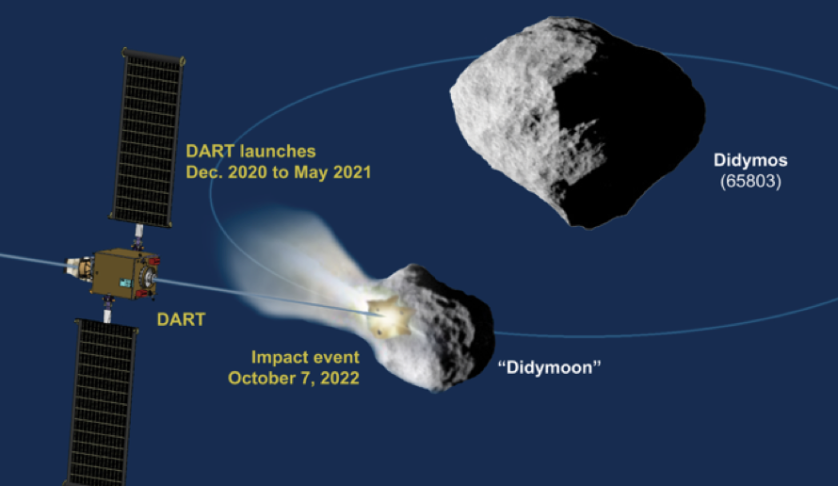 The chemical propulsion system and the electric propulsion Xenon feed system have been undergoing assembly and integration onto the spacecraft structure at Aerojet Rocketdyne’s facility in Redmond, Washington, since August 2019.

APL – designing, building and managing the mission for NASA – will now begin integration of the rest of the subsystems and final test of the spacecraft ahead of next year’s launch for the mission.

Propelled by Aerojet Rocketdyne propulsion, the DART spacecraft will be the first demonstration of a kinetic impactor: a spacecraft deliberately targeted to strike an asteroid at high speed in order to change the asteroid’s motion in space.

The asteroid target is Didymos, a binary near-Earth asteroid that consists of Didymos A and a smaller asteroid orbiting it called Didymos B. After launch, DART will fly to Didymos and use an onboard targeting system to aim and impact itself on Didymos B. Earth-based telescopes will then measure the change in orbit of Didymos B around Didymos A.

Eileen Drake, president and CEO of Aerojet Rocketdyne, said, “DART plays an important role in understanding if it is possible to deflect asteroids and change their orbits. Our chemical propulsion system will help the spacecraft reach its destination and impact its target, while our electric propulsion system will demonstrate its capability for future applications.”

DART is set to launch in late July 2021 from Vandenberg Air Force Base, California, intercepting Didymos’ secondary body in late September 2022. The spacecraft’s chemical propulsion system is comprised of 12 MR-103G hydrazine thrusters, each with 0.2 pounds of thrust. The system will conduct a number of trajectory correction manoeuvres during the spacecraft’s roughly 14-month cruise to Didymos, controlling its speed and direction. As the DART spacecraft closes in on the asteroid, its chemical propulsion system will conduct last minute direction changes to ensure it accurately impacts its target.

In addition to providing the chemical propulsion system for the spacecraft, Aerojet Rocketdyne’s NEXT-C (NASA Evolutionary Xenon Thruster – Commercial) system will also be demonstrated on the mission. NEXT-C is a next-generation solar electric propulsion system designed and built by Aerojet Rocketdyne based on mission-proven technology developed at NASA’s Glenn Research Centre.

The NEXT-C system completed acceptance and integration testing at NASA Glenn in February. With a successful in-flight test of this next generation of ion engine technology, DART will demonstrate its potential for application to future NASA missions and may make use of NEXT-C for two of the planned spacecraft trajectory correction manoeuvres.