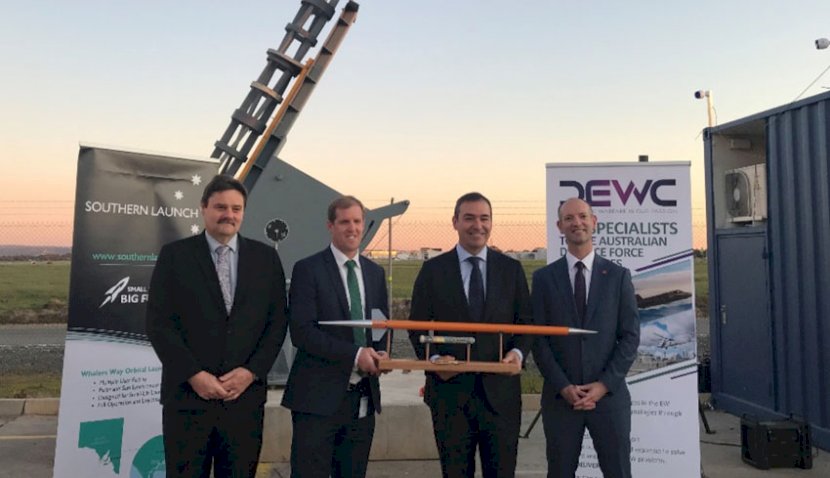 In a major milestone for Australia’s burgeoning space industry, Southern Launch partnering with DEWC Systems, T-Minus Engineering and the Koonibba Community will enter the history books when Australia’s first space-capable rocket is launched to the edge of space. 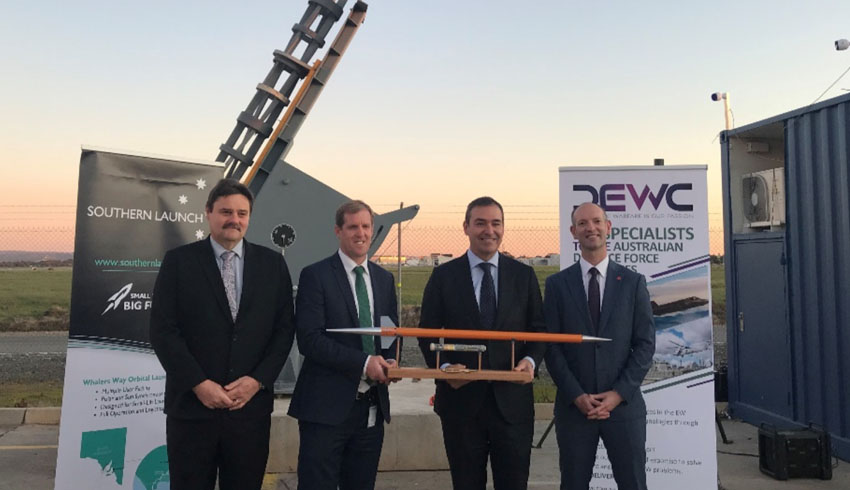 The launch expected to take place on 15 September 2020 will be undertaken at Southern Launch’s Koonibba Test Range 40km northwest of Ceduna in South Australia, from a range head leased from the Koonibba Community Aboriginal Corp.

Launched northwards, the rocket will carry a small payload into the thermosphere where it will be released from the rocket to fall gently back to earth under a parachute where DEWC Systems, escorted by a local Aboriginal Cultural Monitor, will recover and examine it.

The rocket itself will be unlike any rocket ever launched in Australia. Designed and built in the Netherlands by T-Minus Engineering, the DART rocket will weigh only 34kg, have one rocket engine, but will have two rocket stages.

South Australian Premier, Steven Marshall welcomed the milestone, stating, “South Australia is already home to the Australian Space Agency, SmartSat CRC, Mission Control and the Space Discovery Centre. This Launch will further cement our state’s reputation as the ‘space capital’ of the nation – and is a prime example of what the collaboration between local companies can achieve across this high-growth sector.”

Lloyd Damp, CEO of Southern Launch, welcomed the milestone, stating, “This event is more than just Australia’s first launch, but a testament to Australian companies coming together with our international partners to push the boundaries of the conceivable and inspire future generations to be space farers.”

The rocket will burn out of fuel six seconds after lift-off and be travelling at Mach 5, or approximately 1.5 kilometres per second. The front “Dart” section, emblazoned with artwork developed by the Koonibba Community, will detach from the rocket and continue into the thermosphere while the larger rocket motor will fall back to earth.

The miniature payload, built by DEWC Systems, will be a prototype electronic warfare unit capable of detecting radar signals. Future versions of the payload will go into orbiting satellites and keep our soldiers safer from enemy forces abroad.

Ian Spencer, CEO of DEWC Systems, added, “This mission is an important step to developing true sovereign space capability for defence and is an excellent way to showcase the power of collaboration between innovative Australian industry partners. Now is the time for industry to be bold and to lead. The challenging question for Australia now isn’t “Can industry deliver?” it is “Can government and regulators keep up?”

This rocket represents the epitome of NewSpace, the name given to the new revolution in how companies get to space, and what the satellites do when they get to space such as monitoring the seas for piracy, observing the growth of crops across the world, or connecting the rural farmer to a distant water tank through the power of internet of things.

The unique location of Koonibba has meant that it is perfect for test flying NewSpace rocket and satellite technologies. The uninhabited National Parks to the north of the town represent a location from which companies can recover their rockets and satellite payloads and learn how to design and develop next-generation technologies.

Operations at the Koonibba Test Range will provide ongoing employment for the local communities in Koonibba, Ceduna and greater Eyre Peninsula, and usher a new economy into the area.

Corey McLennan, CEO of Koonibba Community Aboriginal Corp, welcomed the collaboration and the opportunity presented by the launch, saying, “Our people continue to have a strong connection with the land, the sea and the sky, so with Southern Launch developing a rocket test range on our lands, we are excited to develop a partnership role in developing Australia’s space future.”

The launch of the T-Minus Engineering Dart rocket, with DEWC Systems payload, from the Southern Launch Koonibba Rocket Test Range with the Koonibba people marks the start of space launches from Australia and a future where all Australians can truly reach for the stars.

The team at DEWC Systems provides research and development of electronic warfare and related technologies to solve current and emerging challenges for the Australian Defence Force and Defence Industry.

The tiny payload called DEWC-SP1 will be going to the edge of space at almost 100km altitude to perform a radio frequency sensing mission to enhance our capability and to progress our larger program delivering sovereign space-based EW capability to Australia.

Southern Launch is an innovative space company providing the infrastructure and logistics support for orbital and sub-orbital launches of satellites and space payloads.

The Koonibba Test Range is designed to be an incremental test and evaluation range used by customers of Southern Launch’s Whalers Way Orbital Launch Complex.