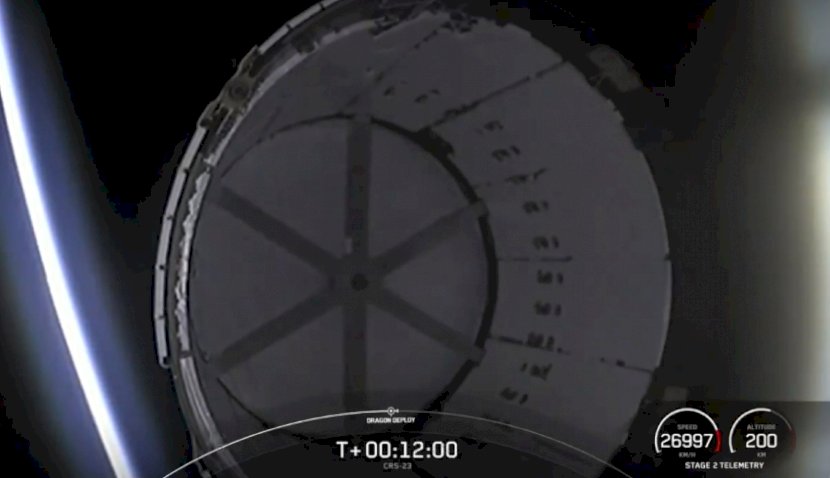 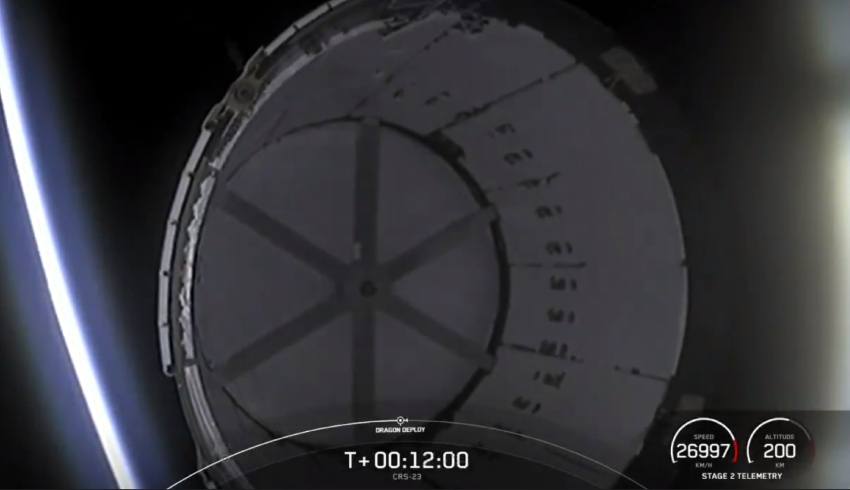 The rocket blasted off from Launch Complex 39A at NASA's Kennedy Space Center after an earlier launch on Saturday was postponed due to bad weather.

The mission to the ISS is carrying more than 2,200 kilograms of supplies and the Falcon 9’s first stage returned to Earth eight minutes after lift-off on one of SpaceX’s drone ships in the Atlantic Ocean.

The Australian Research Council’s CUAVA-1 is itself carrying four experimental payloads and will be deployed into orbit later this year.

The 12-month mission, a landmark for NSW’s burgeoning space industry, will aim to investigate space weather and test equipment that will eventually search for life on planets around Alpha Centauri, our nearest star system.

The director of CUAVA, Professor Iver Cairns from the School of Physics at the University of Sydney, said the mission shows that Australian universities are at the forefront of the emerging national space industry.

“Our CUAVA Training Centre is leading in the development of near-Earth space technology and is a critical link in training the next generation of space engineers and scientists,” said Professor Cairns.

Meanwhile, Curtin University’s Binar-1 – named from the Noongar word for fireball – will be deployed in low-Earth orbit.

Its objective is to test the spacecraft system that will eventually be part of the SSTC moon mission –  Curtin is set on a WA-build spacecraft launched to the moon by 2025, the Binar Prospector.

“The launch of Binar-1 is our first real step towards that goal,” said Phil Bland, John Curtin Distinguished Professor.

“Being able to build spacecraft affordably means that we can rapidly iterate technology, which is a key element in developing advanced systems for exploration,” he added.

The Binar Prospector mission – if successful – will launch around the time NASA begins its Artemis Mission, expected to be delayed after its original date in 2024.

According to the website, the spacecraft consolidates subsystems into a single electronics board, allowing for a larger payload equipment, higher than traditional CubeSats.

The Binar-1 weighs 1.5 kilograms, made from aluminium, copper and fibreglass.

Over the next 18 months, Professor Bland said the program has six more launches planned.

He added that Australia has only flown 15 of its own spacecraft, and the Binar-1 was to “make spacecraft affordable, and space accessible for WA innovators”.

The program is backed by serious spearheads in the sector, including NASA, the European Space Agency, Furgo, the WA government and other smaller companies.

“The team has also developed an outstanding school outreach program to put space technology in the hands of students, giving them hands-on experience and real-world inspiration,” she added.

Binar has been involved in numerous other space missions, such as NASA’S InSight mission to study the Martian interior, the ESA’s Roscosmos’ ExoMars mission and other high-profile jobs.

CubeSats are a cheap and simple way to access near-Earth obit for scientific and commercial purposes.

They are built from small boxes just 10 centimetres cubed, weigh no more than 1.3 kilograms each, and contain high-tech equipment.