Russian resupply cargo ship on its way to the ISS 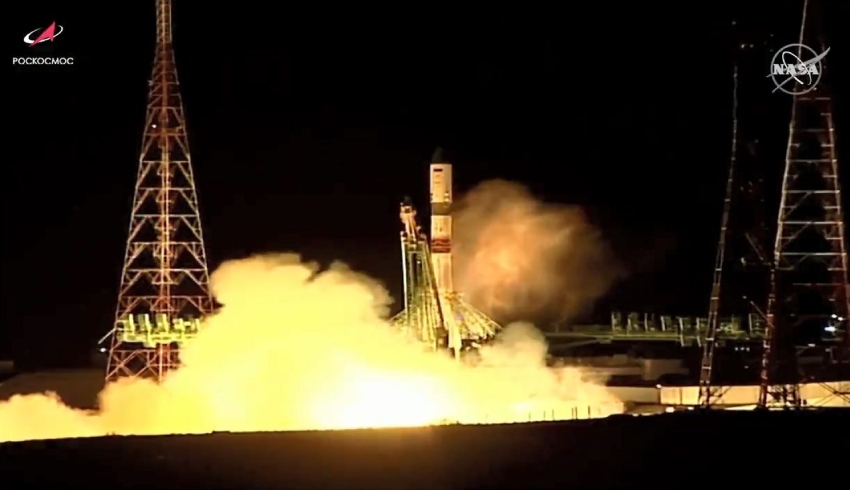 NASA said the Russian cargo spacecraft “successfully” launched and is on its way to the International Space Station to provide the Expedition 66 crew with supplies.

Russian resupply cargo ship on its way to the ISS

Russian Progress 79 launched from the Baikonur Cosmodrome in Kazakhstan at 5am (local time) Thursday, 28 October, on board the three-stage Soyuz-2.1a carrier rocket.

The uncrewed cargo ship will deliver 1,490 kilograms of equipment and materials, including extravehicular activities, medical, sanitation supplies and food.

It is also carrying 560 kilograms of fuel, 420 liters of drinking water and 43 kilograms of compressed air in oxygen supply tanks, says the Roscosmos space agency.

Resupply missions occur often, typically from Russian spacecraft to deliver necessities for the astronauts living on the ISS.

The resupply missions are an integral part of sustaining astronauts in orbit and transporting important cargo to and from space. Russia’s Progress 78 cargo launched to the ISS in late June for a two-day trip to replenish the Expedition 65 crew, carrying over 3,600 pounds of supplies.

Eight minutes and 48 seconds after blast-off, the spacecraft and third stage of the Soyuz rocket separation was confirmed, and the solar arrays and antennas were deployed, Roscosmos said.

“After making 33 orbits of Earth on its journey, Progress will dock to the aft port of the station’s Zvezda module at 9:34pm Friday, October 29 [30 October UTC],” NASA said.

It will be controlled automatically by the Russian Missions Control Centre and the ISS astronauts Anton Shkaplerov and Pyotr Dubrov.

It will remain on the ISS for around seven months.

SpaceX and NASA’s Crew-3 are currently awaiting their launch to the ISS for a six-month stay, launching only two days after the Russian Progress 79.

The astronauts are set to blast-off from NASA’s Kennedy Space Center in Florida on Sunday, 31 October at 2:21am onboard a Falcon 9 rocket – SpaceX’s workhorse – aboard a Crew Dragon spacecraft.

The spacecraft, named "Endurance", is currently attached to its launch pad at the space centre.

SpaceX and NASA’s Crew-2 launched onboard a Falcon 9 to the ISS in late April, and the astronauts Shane Kimbrough, Megan McArthur, Thomas Pesquet and Akihiko Hoshide still reside there today.

After a handover period, the Crew-2 astronauts will board the Crew Dragon Endeavour for their return to Earth in early November, NASA said.