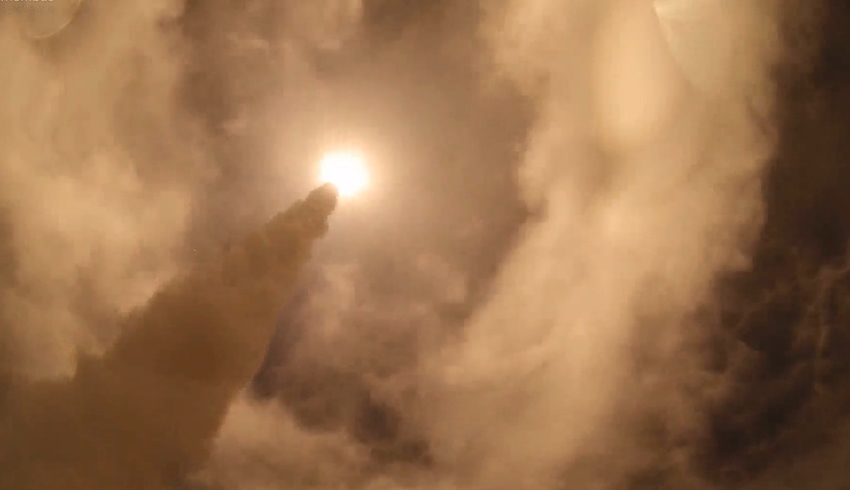 Enrico Palermo has hailed Equatorial Launch Australia’s landmark NASA rocket launch on Sunday as a “meaningful next step” for the local industry.

The head of the Australian Space Agency told US news channel Bloomberg that the country’s sector is now going from strength to strength.

“We’re at a point where we can leverage our strengths, our geography, our regulatory framework and our responsible approach to doing launch to attract a significant sector growing globally,” said Palermo.

The launch took place from the Dhupuma Plateau in a remote part of the Northern Territory at midnight (ACST).

It’s the first of three launches planned from the Arnhem Space Centre, with the next happening on 4 and 12 July. You can watch the blast-off moment on YouTube below.

The mission saw the sub-orbital “sounding rocket” lift-off from the launchpad carrying scientific instruments designed to observe the Alpha Centauri A & B constellations.

Northern Territory chief minister Natasha Fyles added on Monday the launch was an “extremely proud” moment for Australia, especially given it was conducted with the blessing of the region’s Aboriginal traditional owners.

“Here on Yolngu land, young Territorians can look up at the sky and know what can be done,” Fyles said. “When we see the oldest living culture combining with the science of space, as we have here, it’s something we can all reflect on and be very proud.”

More than 70 NASA staff travelled Down Under from the Wallops Flight Facility to work on the project.

ELA’s Arnhem Space Centre has been praised for its advantageous location at just 12 degrees from the equator. This allows launch vehicles to “leverage the earth’s rotation to gain extra velocity”, ELA said, meaning payload to fuel ratios will be far cheaper.

Among other advantages, such as sparse population and minimal air traffic, making it a prime launch location, rockets will also be able to reach not only low-Earth orbit but geosynchronous equatorial orbit, lunar orbit and deep space, ELA says.

In the aftermath of the launch, ELA’s executive chairman, Michael Jones, called the blast-off a “remarkable feat” that made a “huge mark in the history of Australia’s journey to space”.

“In the lead up to the launch, I was consistently asked if I was excited,” said Jones. “I can officially now say I’m excited. I’m excited both about the success of our launch but also for the future of ELA and the Australian space industry.

“We could never have dreamed of having such a supportive, experienced and professional partner as NASA. They have been unbelievably generous in helping us through this journey, and we will be a much better organisation for their support.

“Today’s launch not only puts ELA at the forefront of global commercial space launch, but it also confirms that we and Australia can provide access to space, and this is just the beginning for us.

“Today, we have achieved a remarkable feat and made a huge mark in the history of Australia’s journey in space.”