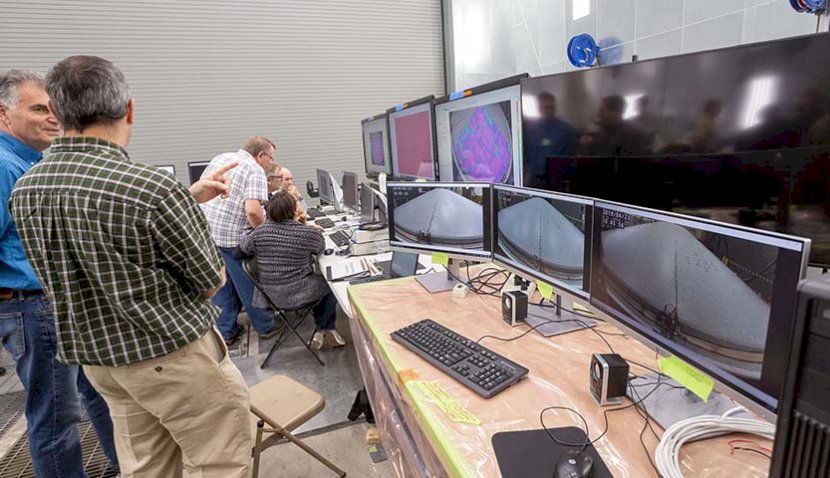 Protecting against the extremes of space travel is critical to the success of any mission. Lockheed Martin has successfully completed the flight hardware structure of the heat shield, validating the physical integrity with a final static test after exposing it to flight-like thermal conditions. 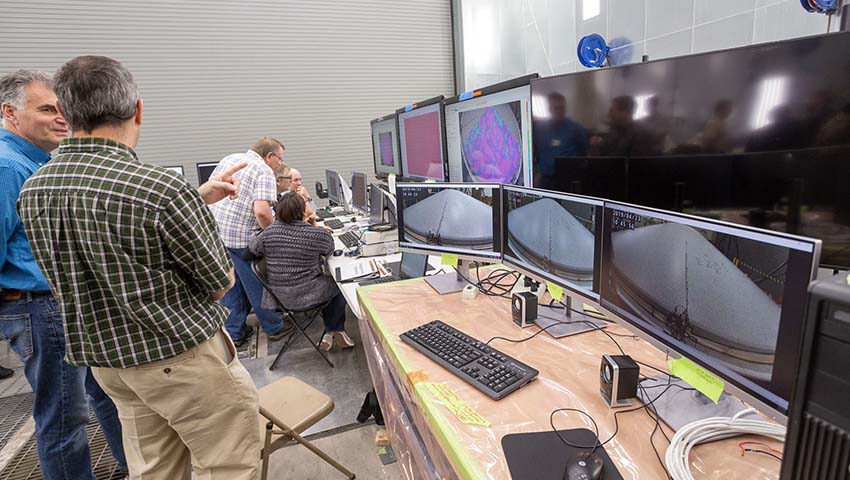 The heat shield is half of the large and sophisticated two-part aeroshell that Lockheed Martin is designing and building to encapsulate NASA Jet Propulsion Laboratory's Mars 2020 Rover from the punishing heat and friction of entry through the Martian atmosphere.

The Mars 2020 mission will be one of the most challenging entry, descent and landings ever attempted on the Red Planet. The heat shield aerodynamics serve as a "brake" to slow the spacecraft from about 12,000 mph (19,300 kph) so the structure needs to be flawless. As the tenth aeroshell system that Lockheed Martin has produced for NASA, this is one of the largest at 15 feet (4.5 metres) in diameter.

Neil Tice, Lockheed Martin Mars 2020 aeroshell program manager said, "Our experience building aeroshells for NASA Mars missions does not mean that it is 'easy'. Tests like this structural test are absolutely essential to ensuring mission success in the long run."

The static test was conducted on 25 April and was designed to mimic the load that the heat shield will experience during the most extreme part of its journey; the entry phase. To do that, engineers used vacuum pumps to simulate the pressure of approximately 140,000 pounds on the structure. The structure was tested to 120 per cent of the expected flight load to push it to the limit.

For this particular test, the team also integrated a new form of instrumentation. Historically, this test utilises conventional strain gauges and extensometers to monitor structural response at distinct points during loading.

Partnering with NASA Langley Research Center, the team also applied a new tool called Photogrammetry or Digital Image Correlation. This allowed the team to monitor full-field strains and displacements over the entire visible area of the structure in real time.

To use this technique, a vinyl wrap, similar to a decal, that has different visual cues (dark random speckles over a white background) was applied to the heat shield. During the test, a set of digital cameras optically monitor any changes in the pattern and generate a three-dimensional map of displacements and surface strains as the applied load increases.

"While we have used this full-field photogrammetry technique on test articles in the past, this is the first successful implementation on official flight hardware. This technology will allow us to safeguard hardware during testing but more importantly provide data for test analysis correlation and improvement of our design and analysis tools," explained Dr Sotiris Kellas, NASA Langley aerospace engineer and lead for the technical demonstration.

Following this test, the Lockheed Martin team will apply Phenolic Impregnated Carbon Ablator (PICA) thermal protection system tiles to the structure. Once complete and through all environmental testing, the full heat shield will be mated to the backshell in early fall.

The Mars 2020 project at NASA JPL manages rover development for the Science Mission Directorate at NASA Headquarters in Washington. The NASA Engineering and Safety Center at NASA Langley Research Center provided the photogrammetry support for this test.