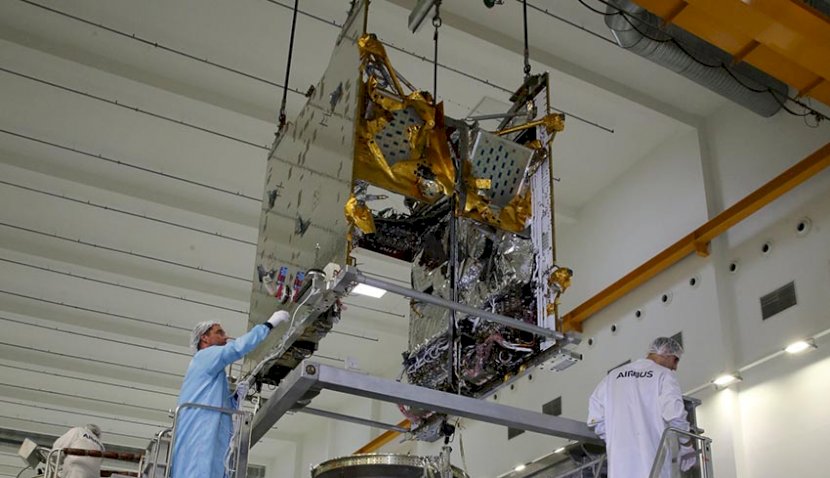 The payload and platform of the first European satellite that can be completely reprogrammed after launch have been successfully joined together, the European Space Agency has announced. 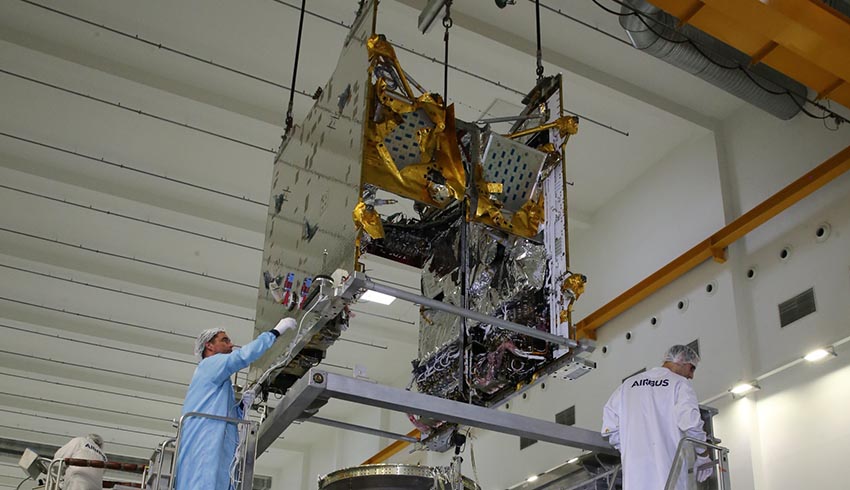 The satellite has been developed as an ESA Partnership Project with satellite operator Eutelsat and satellite manufacturer Airbus, under ESA’s program of Advanced Research in Telecommunications Systems (ARTES), leveraging on Surrey Satellite Technology, which provided the satellite’s innovative platform.

The assembly of Eutelsat Quantum took place in the Airbus facility in Toulouse, France, on 10 May. Eutelsat Quantum will allow its users to actively define and shape the performance and reach they need from the satellite.

Because Eutelsat Quantum takes a software-driven approach, changes can be made while it is in orbit, such as adjusting the satellite’s coverage, frequency and power, which enables it to operate from any orbital position.

The successful mating of the payload and platform demonstrates the excellent capabilities of Airbus, Surrey Satellite Technology and their suppliers, both in the conception and the realisation of the new technologies deployed in this innovative satellite.

ARTES Partnerships Projects help European and Canadian space industries to develop new products and services, supporting the introduction of novel technologies and solutions that might not otherwise reach the market.

The Quantum partnership has the strong backing of the UK Space Agency and includes Airbus UK as prime contractor and payload provider. With Surrey Satellite Technology, Airbus UK manufactured and integrated most of the satellite’s cutting-edge equipment.

The completed satellite will now be tested under the harsh conditions needed to simulate both launch and the space environment in which it will orbit the Earth.