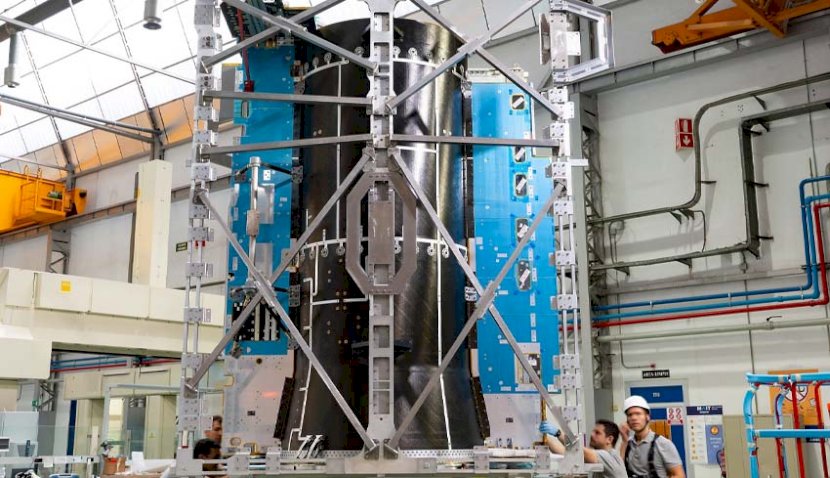 Airbus Defence and Space has completed the construction of the inner structure for the ESA JUICE satellite – which kicks off the satellite’s Earthly journey through different Airbus facilities in Europe. 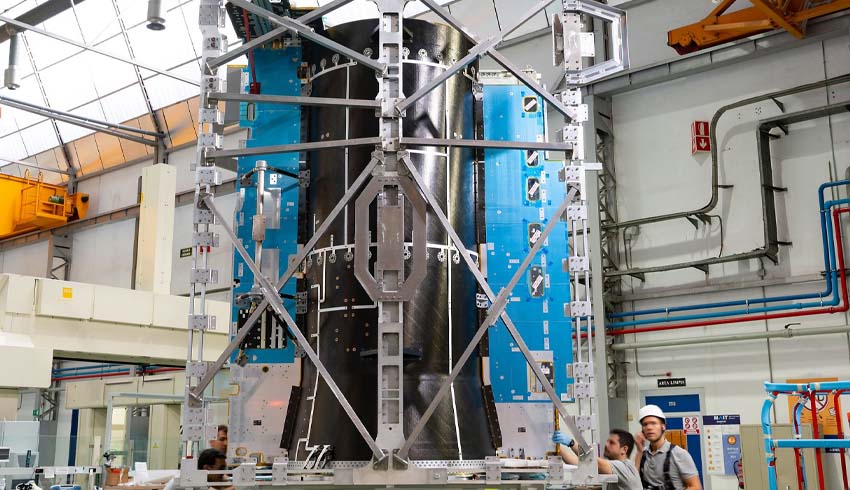 Airbus is building the JUICE (JUpiter ICy moons Explorer) spacecraft for ESA, which will investigate the potential for Jupiter’s icy moons, Europa, Callisto and Ganymede, to harbour habitable environments such as subsurface oceans.

JUICE will also carry out observations of Jupiter, its atmosphere, magnetosphere, other satellites and rings. As prime contractor, Airbus is leading a consortium of more than 60 companies across Europe on the project.

The inner structure or SSTS (structure, shielding and thermal control subsystem), built at the Madrid-Barajas site of Airbus, is carbon fibre and is composed of the central load carrying cylinder, shear panels, two equipment protecting vaults, the thermal control system, which includes a heat pipes network and multilayer insulation, and secondary elements such as 13 additive manufacturing brackets.

This key element weighs 580 kilograms and will support the satellite’s weight of 5,300 kilograms (of which about 3,000 kilograms is chemical propellant). Jupiter’s distance from the sun will make it challenging to generate energy. For this reason the spacecraft is equipped with solar arrays with a total surface of 85 square metres, the largest ever built for any interplanetary spacecraft.

In May 2022, JUICE will begin a seven-year cruise to Jupiter, travelling more than 600 million kilometres through space, to carry out its three-and-a-half-year mission at the Jovian system.

Airbus is a global leader in aeronautics, space and related services. In 2018, it generated revenues of €64 billion and employed a workforce of around 134,000. Airbus offers the most comprehensive range of passenger airliners. Airbus is also a European leader providing tanker, combat, transport and mission aircraft, as well as one of the world’s leading space companies. In helicopters, Airbus provides the most efficient civil and military rotorcraft solutions worldwide.