Airbus-built ExoMars rover gets its eyes 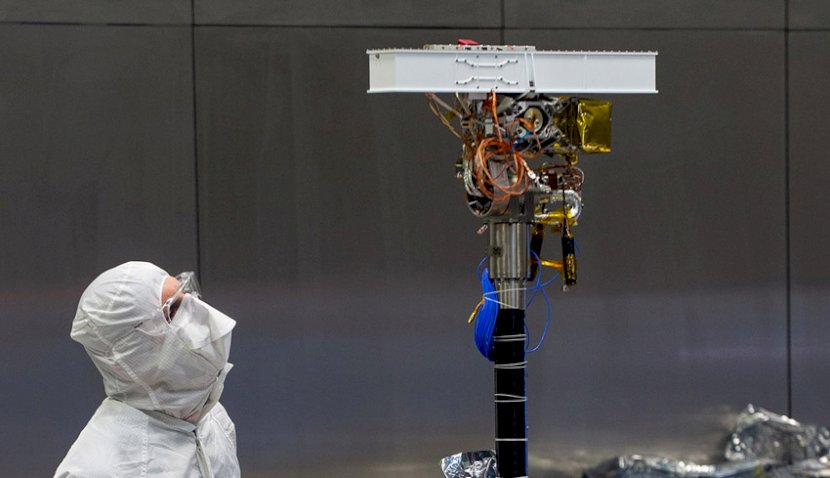 One of the key instruments on the European Space Agency’s ExoMars rover, the Panoramic Camera (PanCam), has been fitted and integrated in the Airbus bio-burden cleanroom in Stevenage.

Airbus-built ExoMars rover gets its eyes 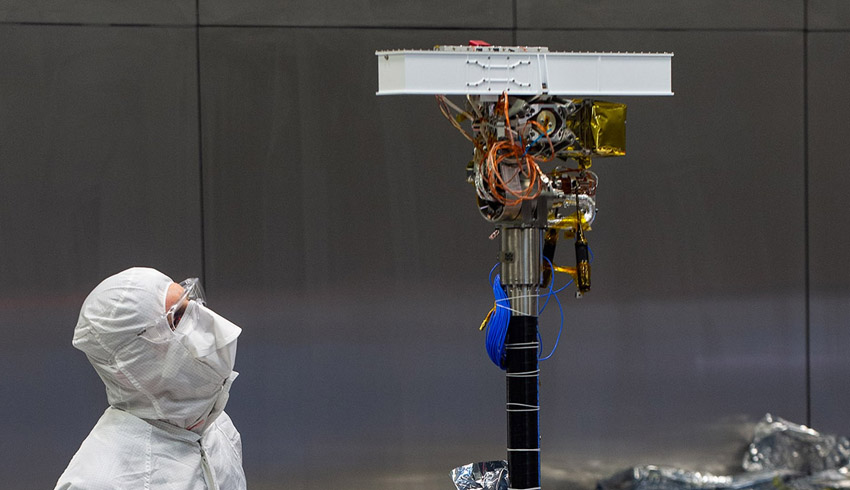 Designed and built by University College London’s Mullard Space Science Laboratory (MSSL) in an international partnership, and including the high resolution camera provided by DLR, the PanCam will be the scientific eyes of the rover when it lands on Mars in spring 2021.

The high resolution camera will take 3D images to be used by the autonomous navigation system on the rover. Images will be sent back to the Rover Operation Control Center for the scientific team to choose a location and then the rover, Rosalind Franklin, will determine its own safe path to travel there. The PanCam will also give textural information, for example laminations or pitting, which could be related to the presence of organisms.

Colin Paynter, managing director of Airbus Defence and Space UK, said, "ExoMars is Europe's latest flagship space mission and Airbus is at the heart of it.  Today's installation in Stevenage of the powerful PanCam, which will not only provide 3D images of the Martian landscape but also data on the atmosphere, is a major milestone as we move forward to the rover being ready to fly in July 2020."

The PanCam consists of three cameras. Two wide angle cameras will take panoramic images, and a filter wheel enables them to image in 12 different wavelengths. A high resolution camera will image in full colour.

Included on the rover is a Rover Inspection Mirror, which will allow the PanCam to image parts of the rover not directly in its field of view to allow the status of the rover to be monitored.

The ExoMars rover Rosalind Franklin will be Europe’s first planetary rover and is being assembled at Airbus in Stevenage. It will search for signs of past or present life on Mars and is equipped with a two-metre drill to take samples from below the surface where they will have been protected from the harsh radiation environment.

The rover features nine instruments, which will help scientists conduct a step-by-step exploration of Mars, from a panoramic scale and progressively converging to smaller (sub-millimetre) studies, concluding with the molecular identification of organic compounds.

The rover is equipped with an autonomous navigation system developed by Airbus that will enable it to travel between sites of interest much more quickly than by being driven remotely in real-time from Earth.

Rosalind Franklin is in the final stages of integration in the cleanroom in Stevenage. The instruments have been fitted inside the rover’s "bathtub" and the top deck with solar arrays has been installed. The rover’s drill is also in place – with testing due to take place in the next few weeks. After completion at Stevenage the rover will be shipped to Airbus in Toulouse for a program of environmental testing to prepare it for launch.

On the 2020 mission, Thales Alenia Space in Italy is the mission prime in charge of the design, development and verification of the entire system, the development of the Carrier Module navigation and guidance system and EDL/GNC development, the Rover System, including the Analytical Laboratory Drawer (ALD) as well as supplying basic parts of the DM, including the radar altimeter.