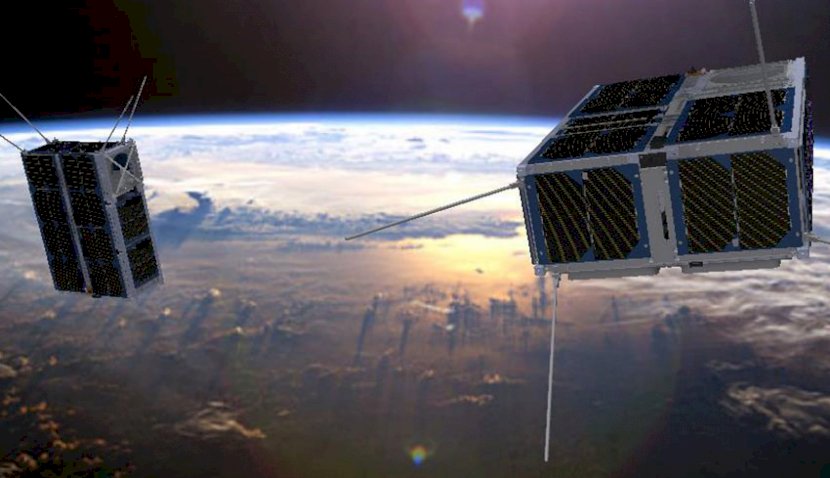 A few months from now will see the launch of the first European satellite to demonstrate how onboard artificial intelligence can improve the efficiency of sending Earth observation data back to Earth. 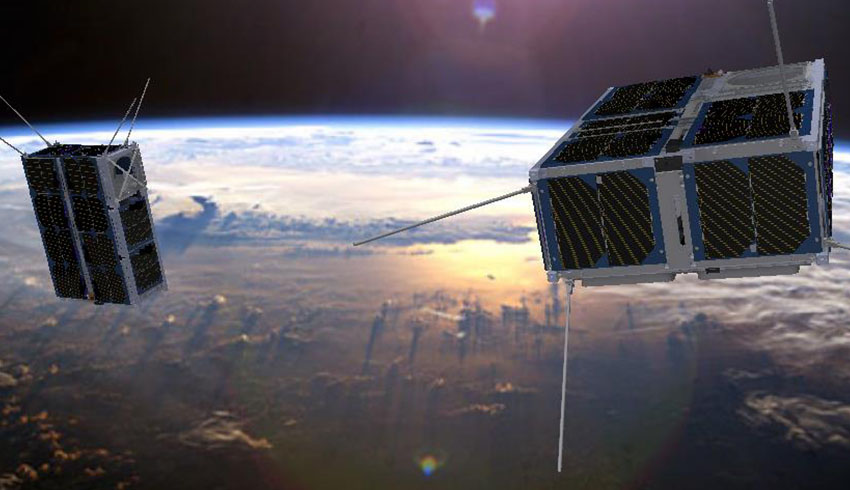 Dubbed ɸ-Sat, or PhiSat, this revolutionary artificial intelligence technology will fly on one of the two CubeSats that make up the FSSCat mission – a Copernicus Masters winning idea.

As the overall 2017 Copernicus Masters winner, FSSCat was proposed by Spain’s Universitat Politècnica de Catalunya and developed by a consortium of European companies and institutes.

The two CubeSats, each about the size of a shoebox, will collect data, which will be made available through the Copernicus Land and Marine Environment services, using state-of-the-art dual microwave and hyperspectral optical instruments. They also carry a set of intersatellite communication technology experiments.

To demonstrate the potential of artificial intelligence in space, ESA has been working with partners to develop ɸ-Sat to take the mission to the next level.

During ɸ-week, ESA’s Director of Earth Observation Programmes, Josef Aschbacher, said, “We see that there is huge interest in ɸ-Sat, and thanks to our partners, it is ready to be launched. We live in exciting times, the pace at which digital technology is developing, coupled with the wealth of satellite information being delivered and, indeed, the growing demand for such data, means there are many opportunities to make a step change for the future of Earth observation.”

The hyperspectral camera on one of the CubeSats will collect an enormous number of images of Earth, some of which will not be suitable for use because of cloud cover.

To avoid downlinking these less than perfect images back to Earth, the ɸ-Sat artificial intelligence chip will filter them out so that only usable data are returned.

Marco Esposito, from cosine Remote Sensing, the company that led the development of the artificial intelligence algorithm, explained, “While compact, the instrument – which covers the visible and near infrared with hyperspectral capability, enhanced with bands in the thermal infrared – is very powerful and will acquire terabytes of data that can be used to monitor vegetation changes and to assess water quality, for example.”

ESA’s Massimiliano Pastena, noted, “Indeed, this will be the first satellite to demonstrate the use of artificial intelligence in orbit, and we are very much looking forward to it being launched in the coming months.”

Aschbacher added, “We fully expect ɸ-Sat to be an important step forward for Earth observation satellite missions. We acquire huge amounts of data every day, and it all has to be sent back to Earth and processed, so having some of this processing done by the satellite in orbit is clearly an efficient way forward.”

“I am very proud that we at ESA and our partners are putting Europe at the forefront of this new approach for Earth observation. And, as I announced at the opening of ɸ-week, our efforts are not stopping at ɸ-Sat-1 – we are also soon going to release a new challenge to develop ɸ-Sat-2,” Aschbacher added.