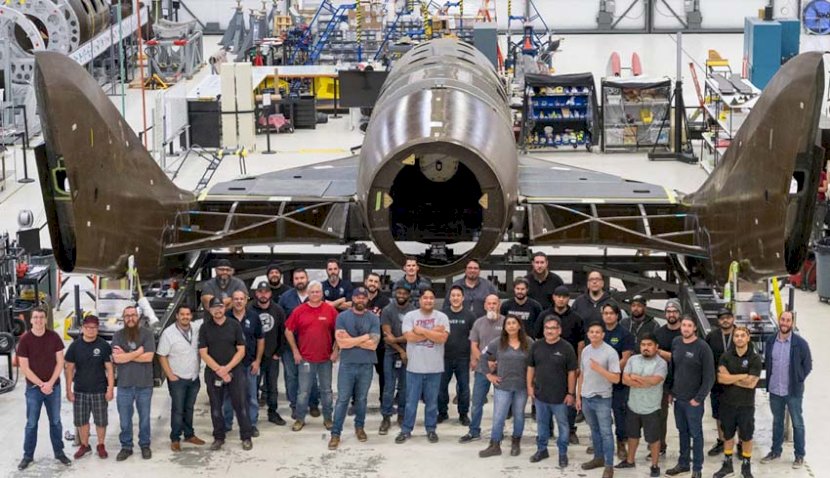 The Spaceship Company has taken a key step on the path to completing the next spaceship in Virgin Galactic’s fleet as the company prepares to launch. 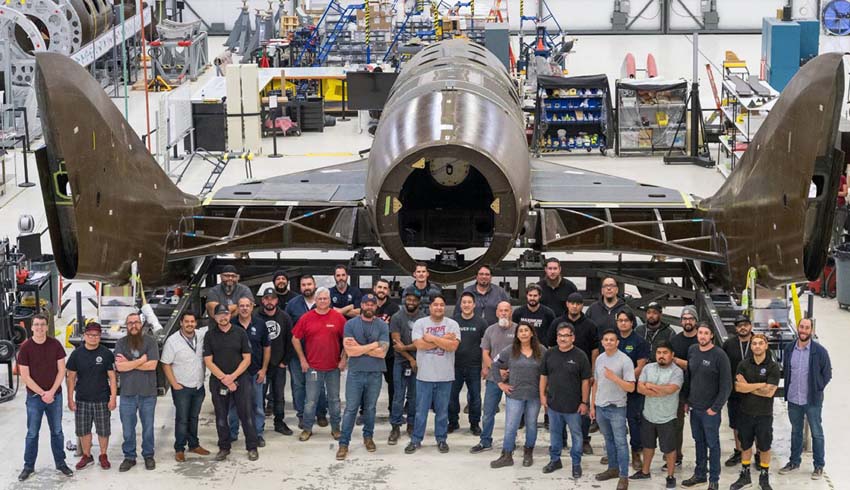 The team has attached the structure of SpaceShipTwo’s unique ‘feather system’ to the wing of the new vehicle, in what is the union of two major components of the airframe.

This latest milestone is the final step prior to resting the vehicle’s weight on its wheels.

The feather is one of the most innovative features on the SpaceShipTwo flight system, giving the vehicle the unique capability to change its shape in space to ensure a safe, flight proven, aerodynamically controlled re-entry into the Earth’s atmosphere on a repeated basis.

CEO of Virgin Galactic, George Whitesides, said, "Completing this milestone is an important moment in the build of our next spaceship and signals that our fleet is starting to take shape."

Once the rocket motor burn is completed and the pilots extend the feather upward on SpaceShipTwo, which results in the aft wing and tail booms rotating upward to approximately a 60-degree vertical orientation.

The feather is what provides stability during re-entry to the Earth’s atmosphere. During this phase of spaceflight the vehicle acts like a shuttlecock or birdie, orienting the ship to the proper re-entry attitude.

This orientation creates high drag, which slows SpaceShipTwo down quickly while high in the atmosphere. This also allows the thermal loads generated from re-entering the atmosphere to spread evenly over the surface area of the vehicle rather than concentrating on a few small points.

Once SpaceShipTwo has re-entered the atmosphere, the feather is rotated back down, returning to its original position, which allows the pilots to glide the spaceship smoothly to Earth for a runway landing at Spaceport America, New Mexico.

"We have specifically designed our space system with a fundamental focus on safety, customer experience and reusability and the feather mechanism is key to enabling how we do this," Whitesides added.

The Virgin Galactic fleet is being built by its development and manufacturing arm, The Spaceship Company, in Mojave, California. The build process is based on a modular plan and each part of the spaceship is assembled separately before being placed together.

Virgin Galactic's first spaceship, VSS Unity, also built by The Spaceship Company, is progressing through its flight test program with the next two vehicles in production.