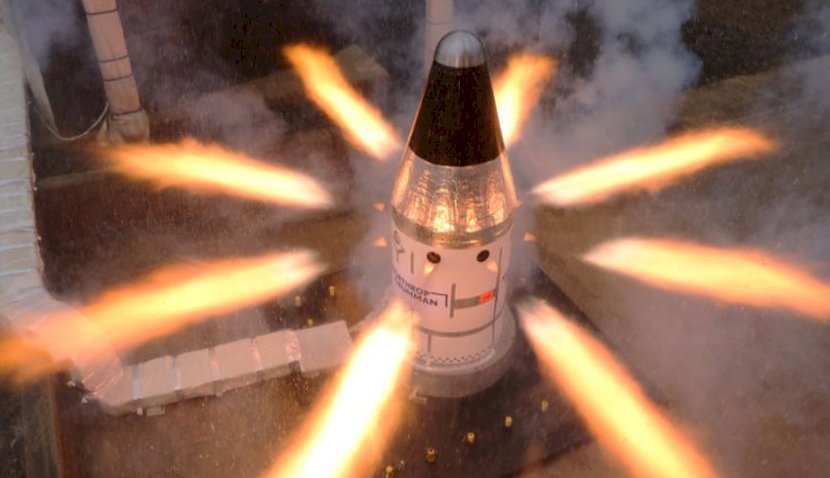 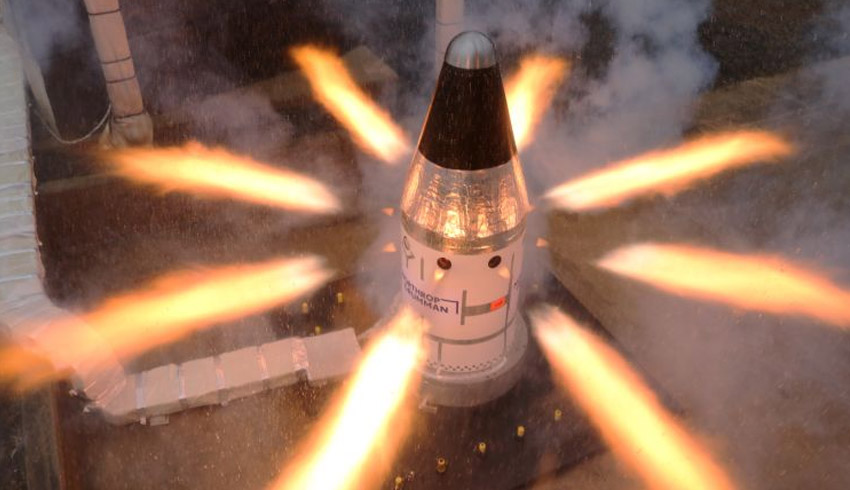 The test was performed under cold operating conditions, to complement the earlier tests conducted at nominal and high-temperature conditions. In an effort to demonstrate worst-case conditions, the motor was ignited using one of the two initiators and simulated high-altitude vacuum conditions.

The valves provided more than 7,000 pounds (3,175 kilograms) of thrust during the high thrust portion of the duty cycle.

The ACM is one of three motors comprising Orion’s LAS. The system is designed to carry astronauts inside the spacecraft to safety if an emergency arises on the launch pad or during Orion’s climb to orbit.

In the unlikely event of an abort, the ACM would steer the Orion crew module away from the launch vehicle. The ACM also orients the capsule for parachute deployment once the crew module is clear of all hazards.

"Completion of this milestone emphasises Northrop Grumman’s commitment to deliver innovative and reliable technology that will keep our astronauts safe during launch," Nolan added.

NASA is working to land the first woman and next man on the moon by 2024. Orion is part of NASA’s backbone for deep space exploration, along with the Space Launch System rocket and Gateway in orbit around the moon. Orion will sustain astronauts in deep space, provide emergency abort capability and support a safe re-entry from lunar return velocities.

Exploring the moon helps create a vibrant future and advance technologies, capabilities and new opportunities for future missions to Mars. Northrop Grumman is responsible for the LAS ACM through a contract with Lockheed Martin, the prime contractor for Orion.