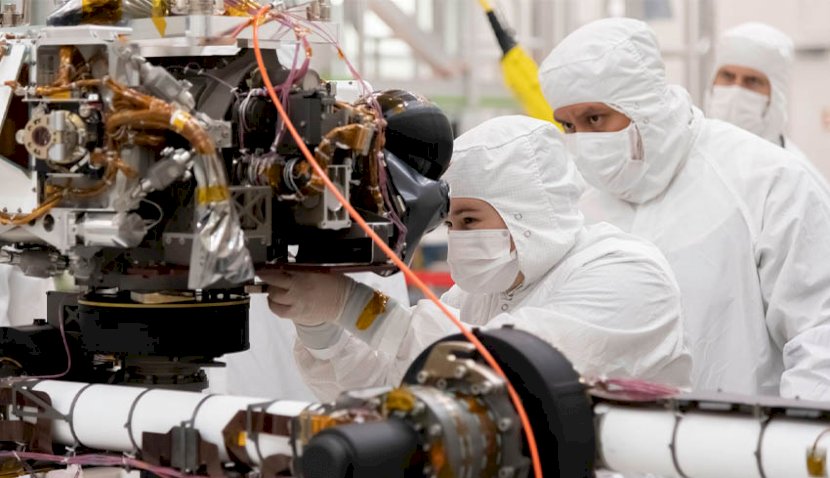 NASA’s upcoming Mars 2020 Perseverance rover mission will collect the first samples from another planet – in this case, Mars – for return to Earth by subsequent missions. 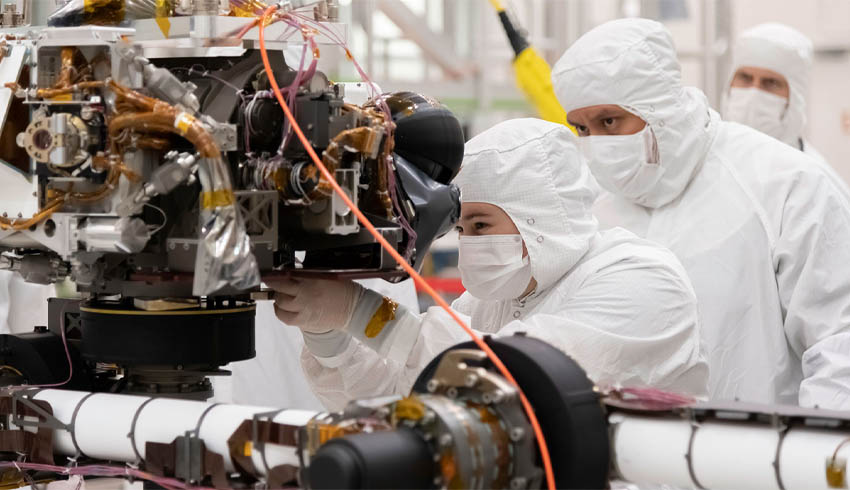 In place of astronauts, the Perseverance rover will rely on the most complex, capable and cleanest mechanism ever to be sent into space, the Sample Caching System.

The final 39 of the 43 sample tubes at the heart of the sample system were loaded, along with the storage assembly that will hold them, aboard NASA’s Perseverance rover on 20 May at Kennedy Space Centre in Florida.

Adam Steltzner, chief engineer for the Mars 2020 Perseverance rover mission at NASA’s Jet Propulsion Laboratory in Southern California, said, “While you cannot help but marvel at what was achieved back in the days of Apollo, they did have one thing going for them we don’t: boots on the ground.”

The other four tubes had already been loaded into different locations in the Sample Caching System. The integration of the final tubes marks another key step in preparation for the opening of the rover’s launch period on 17 July.

“For us to collect the first samples of Mars for return to Earth, in place of two astronauts we have three robots that have to work with the precision of a Swiss watch,” Steltzner added.

Bolted to the front of the rover’s chassis, the five-jointed arm carries a large turret that includes a rotary percussive drill to collect core samples of Mars rock and regolith (broken rock and dust).

The second robot looks like a small flying saucer built into the front of the rover. Called the bit carousel, this appliance is the ultimate middleman for all Mars sample transactions: It will provide drill bits and empty sample tubes to the drill and will later move the sample-filled tubes into the rover chassis for assessment and processing.

The third robot in the Sample Caching System is the 0.5-metre-long sample handling arm (known by the team as the “T-Rex arm”).

Located in the belly of the rover, it picks up where the bit carousel leaves off, moving sample tubes between storage and documentation stations as well as the bit carousel.

Steltzner added, “It sounds like a lot, but you begin to realise the need for complexity when you consider the Sample Caching System is tasked with autonomously drilling into Mars rock, pulling out intact core samples and then sealing them hermetically in hyper-sterile vessels that are essentially free of any Earth-originating organic material that could get in the way of future analysis.”

Perseverance is a robotic scientist weighing about 1,025 kilograms. The rover’s astrobiology mission will search for signs of past microbial life. It will characterise the planet’s climate and geology, collect samples for future return to Earth, and pave the way for human exploration of the Red Planet.

No matter what day Perseverance lifts off during its 17 July-11 August launch period, it will land at Mars’ Jezero Crater on 18 February 2021. The two subsequent (follow-on) missions required to return the mission’s collected samples to Earth are currently being planned by NASA and the European Space Agency.

The Mars 2020 Perseverance rover mission is part of a larger program that includes missions to the moon as a way to prepare for human exploration of the Red Planet. Charged with returning astronauts to the moon by 2024, NASA will establish a sustained human presence on and around the moon by 2028 through the agency’s Artemis lunar exploration plans.