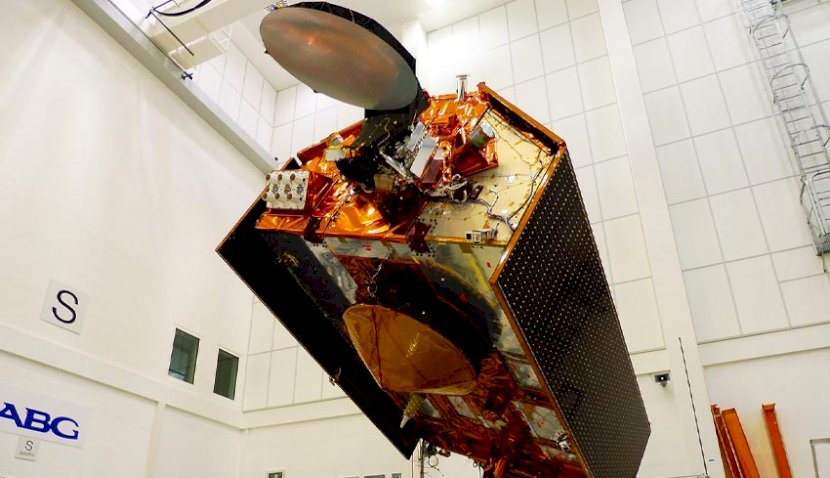 A team of global specialists from the US and Europe have collaborated to subject the Sentinel-6 Michael Freilich ocean monitoring spacecraft to a series of robust trials ahead of the satellite’s lift-off later this year. 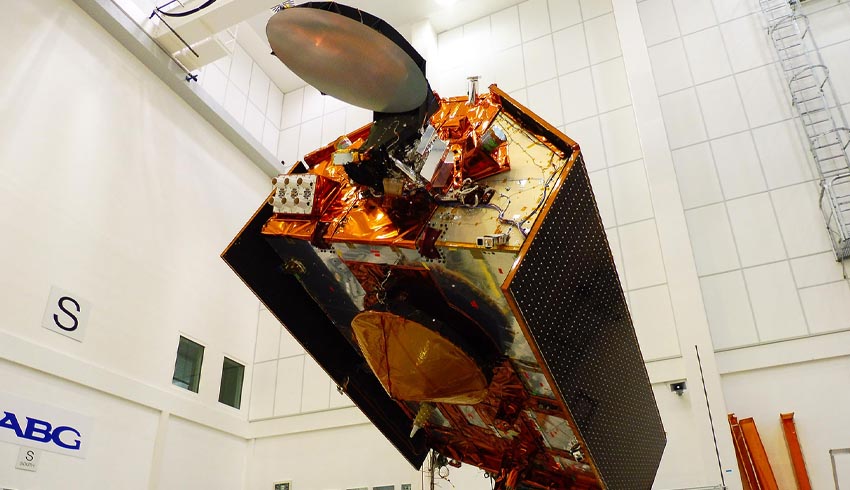 Once the state-of-the-art Sentinel-6 Michael Freilich satellite launches in November, it will collect the most accurate data yet on sea level – a key indicator of how Earth's warming climate is affecting the oceans, weather and coastlines.

First, engineers need to ensure that the spacecraft can survive the rigours of launch and of operating in the harsh environment of space; that is where meticulous testing comes in.

At the end of May, engineers finished putting the spacecraft – which is being built in Germany – through a battery of tests that began in November 2019.

"If it can survive all the abuse we deliberately put it through on the ground, then it's ready for space," said John Oswald, the mission's deputy project manager at NASA's Jet Propulsion Laboratory in southern California.

The Sentinel-6 Michael Freilich spacecraft is a part of the Copernicus Sentinel-6/Jason-CS (Continuity of Service) mission, a joint US-European effort in which two identical satellites will be launched five years apart.

The spacecraft will join the Copernicus constellation of satellites that constitutes the European Union's Earth Observation Programme. Once in orbit, each satellite will collect sea level measurements down to the centimeter for 90 per cent of the world's oceans.

The data will add to almost 30 years of information gathered by an uninterrupted series of joint US-European satellites, creating an unprecedented – and unbroken – 40-year sea level dataset.

The spacecraft will also measure the temperature and humidity of Earth's atmosphere, which can be used to help improve weather forecasts and hurricane predictions.

"We're changing our climate, and the clearest signal of that is the rising oceans. More than 90 per cent of the heat trapped by greenhouse gases is going into the ocean," said Josh Willis, the mission's project scientist at JPL.

That heat causes seawater to expand, accounting for about one-third of the global average of modern-day sea level rise. Meltwater from glaciers and ice sheets account for the rest.

Six scientific instruments are key to that task. Two of them will work in concert to measure the distance from the satellite to the ocean's surface. That information - combined with data from three other instruments that precisely establish the satellite's position in orbit and a sixth that will measure vertical slices of the atmosphere for temperature and humidity – will help determine sea levels around the world.

First up: the vibration test, where the engineers subjected the Sentinel-6 Michael Freilich satellite to the kinds of shaking it will experience while attached to a SpaceX Falcon 9 rocket blasting into orbit.

Then in December, engineers tested the spacecraft in a big vacuum chamber and exposed it to the extreme temperatures that it will encounter in space, ranging from 65 to minus 180 degrees.

The next two trials took place in late April and May. The acoustics test, performed in April, made sure the satellite could withstand the loud noises that occur during launch. Engineers placed the spacecraft in a roughly 100-square-metre chamber outfitted with enormous speakers.

Then they blasted the satellite with four 60-second bursts of sound, with the loudest peaking around 140 decibels. That's like standing next to a jet's engine as the plane takes off.

Finally, in the last week of May, engineers performed an electromagnetic compatibility test to ensure that the sensors and electronics on the satellite wouldn't interfere with one another, or with the data collection.

The mission uses state-of-the-art instruments to make precise measurements, so the smallest interference could compromise that data.

Normally, JPL engineers would help to conduct these tests in person, but two of the trials took place after social-distancing safety measures had been established due to the coronavirus pandemic. So, team members worked out a system to support their counterparts in Germany remotely.

Copernicus Sentinel-6/Jason-CS is being jointly developed by the European Space Agency (ESA), the European Organisation for the Exploitation of Meteorological Satellites (EUMETSAT), NASA and the National Oceanic and Atmospheric Administration (NOAA), with funding support from the European Commission and support from France's National Centre for Space Studies (CNES).

The first Sentinel-6/Jason-CS satellite that will launch was named after the former director of NASA's Earth Science Division, Michael Freilich. It will follow the most recent US-European sea level observation satellite, Jason-3, which launched in 2016 and is currently providing data.

NASA's contributions to the Sentinel-6 mission are three of the science instrument payloads for each of the two Sentinel-6 satellites, including the Advanced Microwave Radiometer, the Global Navigation Satellite System - Radio Occultation, and the Laser Reflector Array.

NASA is also contributing launch services for those satellites, ground systems supporting operation of the JPL-provided science instruments, the science data processors for two of these instruments, and support for the international Ocean Surface Topography Science Team.