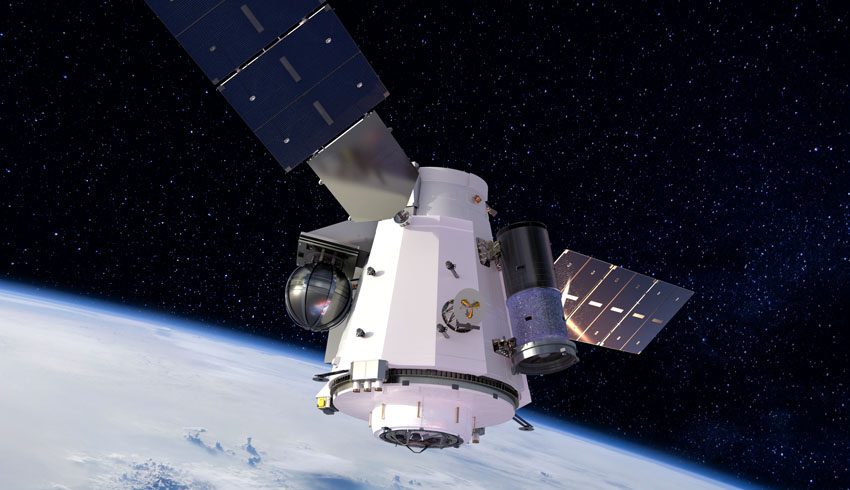 Sierra Nevada Corp has been awarded a contract to repurpose its Shooting Star transport vehicle as a proposed commercial solution for an unmanned orbital outpost.

The proposed modification will result in essentially a scalable, autonomous space station for experiments and logistics demonstrations by the Defense Innovation Unit (DIU).

The versatility of the Dream Chaser spaceplane and Shooting Star technologies and subsystems allow for greater flexibility and modularity both internally and externally for orbital outpost mission requirements.

For DIU, this design leverages commercial programs and private investment at a fraction of the cost and schedule of building government-owned and operated systems.

SNC CEO Fatih Ozmen explained, “We’re excited by the multimission nature of Shooting Star. It was originally developed for NASA resupply missions to the International Space Station, and since then we keep identifying new capabilities and solutions it offers to a wide variety of customers. The possible applications for Shooting Star are really endless.”

Shooting Star is a 16-foot attachment to Dream Chaser developed for NASA Commercial Resupply Services 2 missions to provide extra storage for payloads and to facilitate cargo disposal upon re-entry into Earth’s atmosphere.

“We are proud to offer our transport vehicle to DoD as a free-flying destination for experimentation and testing, expanding beyond its current payload service capabilities for Dream Chaser cargo missions,” Lindsey added.

Future outposts may be based in a variety of orbits, including medium-Earth orbit, highly elliptical orbit, geosynchronous Earth orbits (GEO) to include GEO transfer orbits, and cislunar orbits.

SNC is a trusted leader in solving the world’s toughest challenges through best-of-breed, open architecture engineering in space systems, commercial solutions, and national security and defense.