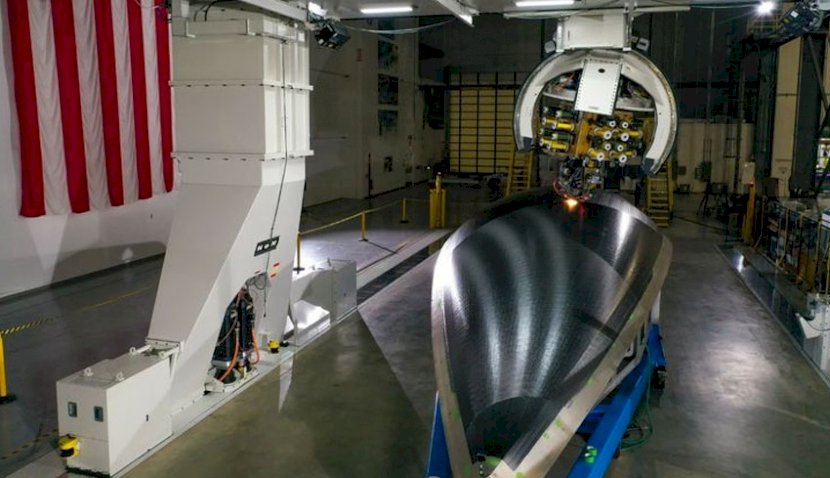 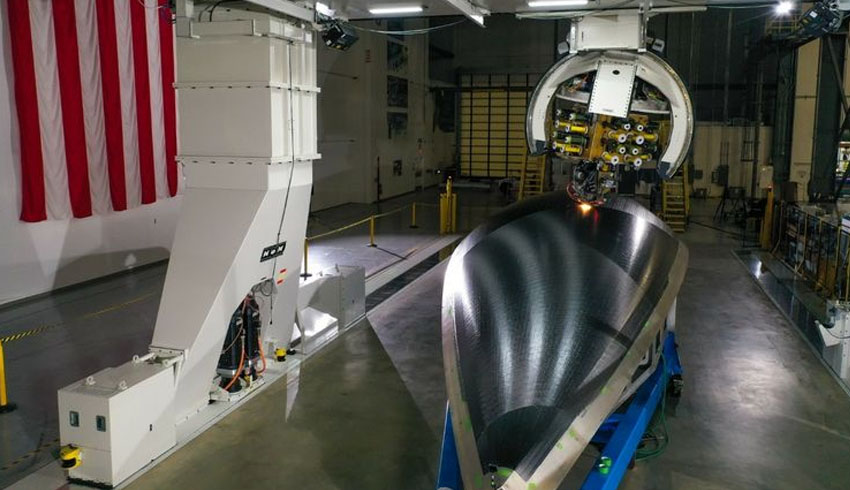 Large rocket parts built in Iuka are very complex. They include nose cones, interstages (connecting sections between the rocket stages that measure up to 5.5 metres in diameter) and other large composite structures.

For nearly two decades, the team in Iuka has been building large complex launch structures on an in-house designed and built automated fiber placement (AFP) machine.

Designated FPM6, this machine has been building large rocket parts since the early 2000s. The team in Iuka recently upgraded FPM6 to make it more capable for manufacturing OmegA parts like the Payload Adapter Fitting, which is a complex OmegA composite part; the 2/3 Interstage, which at approximately 7.6 metres long and 5.3 metres in diameter will be the largest single-piece composite part built for OmegA; and the 1/2 Interstage.

Northrop Grumman recently developed another industry-first innovation, the Dockable Gantry System (DGS). The task of building the largest, most complex composite rocket parts in the world required the design and development of this one-of-a-kind machine.

The DGS combines the strengths of AFP machines, which have low scrap rates and the ability to make parts with complex contours due to the steering of individual tows, with those of automated tape laying machines, which experience less downtime due to simpler mechanisms and controls. The DGS manufactures the OmegA five-metre fairing.

Pathfinder activities begin in Florida this fall, and then the OmegA team will begin integrating the first flight vehicle. The rocket’s first mission remains on track for launch in the spring of 2021.

Northrop Grumman is developing OmegA to support National Security Space Launch for the US Space Force.