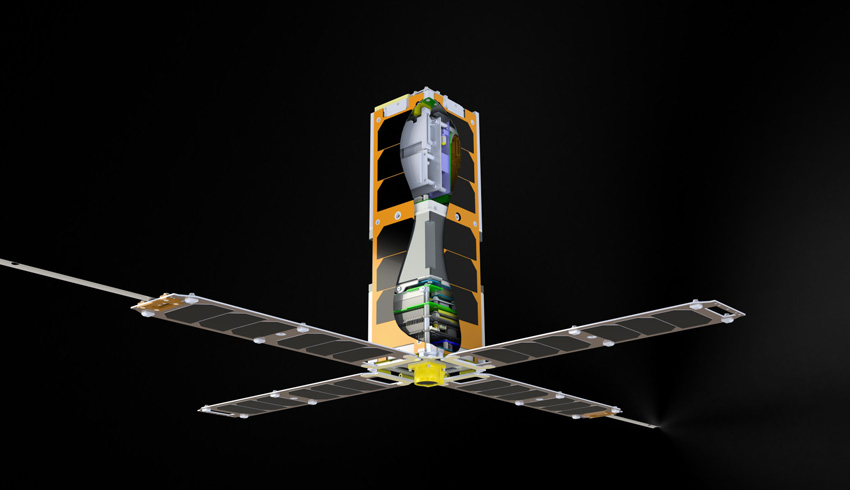 For the program, four La Jument nanosatellites – the first launching later this year – will use Lockheed Martin’s SmartSat software-defined satellite architecture on both their payload and bus. SmartSat lets satellite operators quickly change missions while in orbit with the simplicity of starting, stopping or uploading new applications.

The system is powered by the NVIDIA Jetson platform built on the CUDA-X capable software stack and supported by the NVIDIA JetPack software development kit, delivering powerful AI at the edge computing capabilities to unlock advanced image and digital signal processing.

The La Jument payloads are the latest of more than 300 payloads Lockheed Martin has built for customers.

Adam Johnson, director of SmartSat and La Jument at Lockheed Martin Space, said, “La Jument and SmartSat are pushing new boundaries of what is possible in space when you adopt an open software architecture that lets you change missions on the fly. We are excited to release a SmartSat software development kit (SDK) to encourage developers to write their own third-party mission apps and offer an orbital test-bed.”

La Jument satellites will enable AI/ML algorithms in orbit because of advanced multi-core processing and on-board graphics processing units (GPU). One app being tested in orbit will be SuperRes, an algorithm developed by Lockheed Martin that can automatically enhance the quality of an image, like some smartphone camera apps. SuperRes enables exploitation and detection of imagery produced by lower-cost, lower-quality image sensors.

Sonia Phares, vice president of engineering and technology at Lockheed Martin Space, added, “We were able to design, build and integrate the first payload for La Jument in five months. Satellites like this demonstrate our approach to rapid development and innovation that lets us solve our customers' toughest challenges faster than ever.”

The first of the four La Jument nanosatellites is a student-designed and built 1.5U CubeSat that will be launched with a SmartSat payload to test the complete system from ground to space, including ground station communications links and commanding SmartSat infrastructure while in-orbit.

The second is a 3U nanosat, the size of three small milk cartons stacked on top of each other, with optical payloads connected to SmartSat that will allow AI/ML in-orbit testing. Finally, two 6U CubeSats are being designed jointly with USC that will be launched mid-2022.

The pair will launch together and incorporate future research from USC and Lockheed Martin, including new SmartSat apps, sensors and bus technologies.