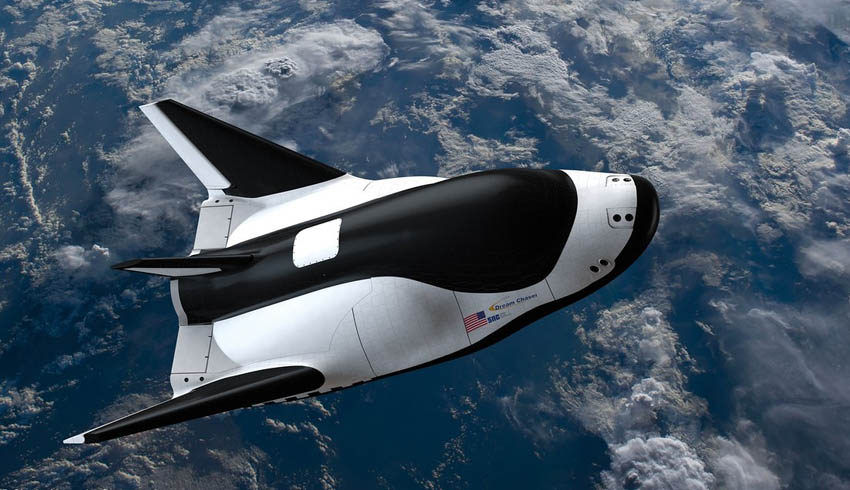 The primary purpose of the mock-up at JSC is to provide a refresher for crew members, since their initial training in Louisville is often years before they actually fly. There’s also a secondary purpose: the mock-up provides the JSC flight control team a high-fidelity structure for engineering evaluations.

Krista A, a systems engineer on the Dream Chaser team. She oversaw the development of the build of the mock-up, which started last November, to its delivery in August.

She explained the method to the madness of keeping the side of mock up off, saying, “We’re trying to make training a little easier on the astronauts and their trainers. With the side removed, it’s easier for an instructor and students to step inside and work together in a particular area, without having to crouch down or crawl the length of the vehicle.”

Krista explained in greater detail, stating, “Say during a mission the crew is directed to load an unexpected and oddly shaped item into Dream Chaser for return, the flight control team can run over to Building 9 and test out the strapping plan we provide and verify the hardware fits through our hatchway.”

Ahead of any training, SNC will be further outfitting the mock-up by adding crew interface hardware to the hatches, installing ventilation ducts and providing cargo restraints such as straps.

The mock-up will remain at JSC for the foreseeable future as long as Dream Chaser is flying and crew members need to be trained.

Dream Chaser was selected by NASA to provide cargo delivery, return and disposal service for the space station under the Commercial Resupply Service 2 (CRS-2) contract. Dream Chaser Tenacity will be the first orbital vehicle in the Dream Chaser spaceplane fleet.

Dream Chaser will provide a minimum of six cargo missions to and from the space station carrying critical supplies like food, water, and science experiments and returns to Earth with a gentle runway landing.