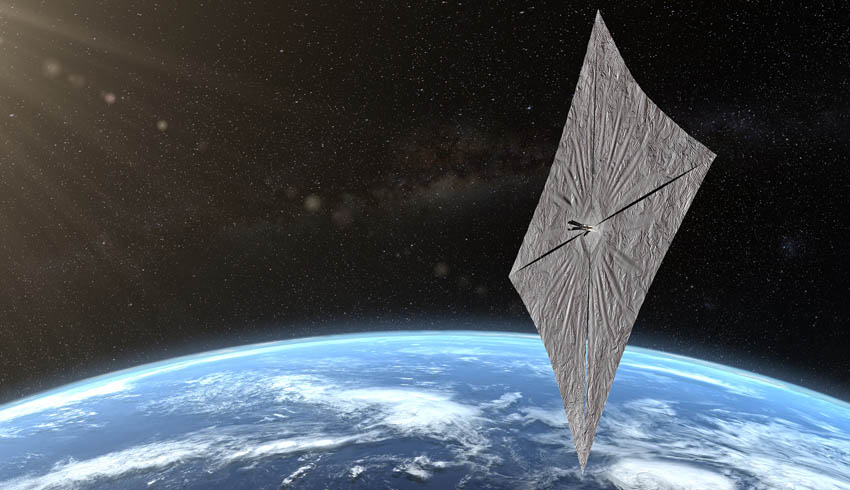 Australian-based Saber Astronautics has won a Phase I Small Business Innovative Research grant to continue the development of its drag sail for deorbiting spacecraft at the end of their life.

Drag sails are a passive way of moving a spacecraft without onboard fuel, using special material in ways which are similar to conventional sails here on Earth.

Saber Astronautics’ drag sail concept (named “DragEN”) was first developed from Saber’s Australian laboratory and tested on a series of NASA parabolic flights in 2014 and 2015.

Rather than using conventional drag, the DragEN tether interacts with Earth’s large magnetic field by unrolling a conductive tether and converting the Spacecraft’s kinetic energy into electrical energy and drag. This gently pulls the spacecraft back down to Earth where it can burn up in a safe and controlled fashion.

The NASA tests were flown at Johnson Space Centre with the NASA Flight Opportunities program to validate DragEN’s mechanical design.

Saber CEO Dr Jason Held welcomed the announcement, saying, “This is a great example of how combining the efforts of Australian and American researchers can build on each other’s work. As space get more congested, debris becomes a global problem, so the engineers on both countries wanted to get involved.”

The current NASA grant will develop new electrical control systems to deploy the tether and measure the plasma it flies through while in orbit.

Research will also develop methods of creating thrust by changing the orientation and current ingested into the tether, allowing basic orbital maneuvers for very small satellites (“CubeSats”) which may need to change their own altitude without using any fuel.

Satellites with a DragEN tether will be able to fly at higher altitudes more safely and perform a broader range of missions that are useful here on Earth, such as satellite imagery or communications.

Saber Astronautics’ USA director Nathan Parrott added, “For every satellite launched, two objects (the main payload and a piece of existing space debris) should be returned back here to Earth. A cheap, compact, re-deployable drag sail or electrodynamic tether is a critical enabler, allowing for the controlled deorbit, rendezvous, docking and ultimate re-entry of both objects."

“We see a business model in being able to help clean up small space debris in critical and heavily used orbits, in a fully autonomous fashion, with no additional costs to the satellite operators,” Parrott added.

Saber brings together the latest techniques in human factors, artificial intelligence and dynamic 3D data visualization to make it easy for spacecraft operators to monitor, fly and rapidly diagnose faults in spacecraft systems.