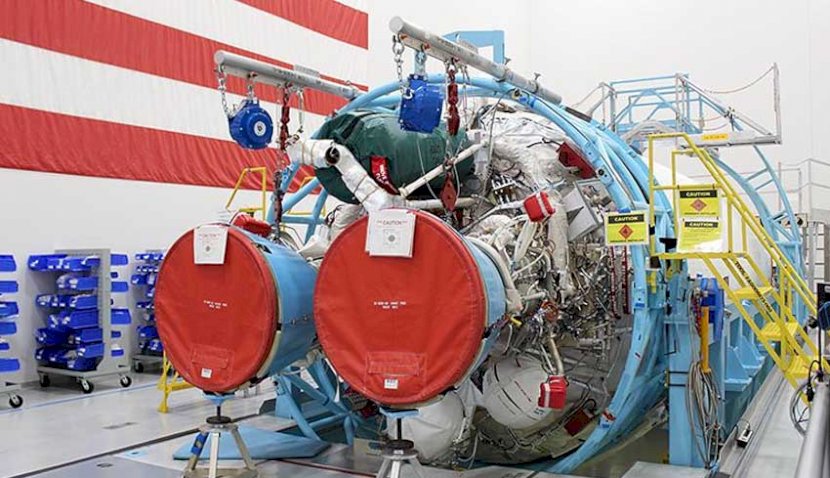 The ability to produce large solid rocket motors at the Engineering, Manufacturing and Development (EMD) facility positions the company to deliver on some of the nation’s most important next generation national security programs, including strategic deterrence, hypersonics and missile defence.

Aerojet Rocketdyne was recently selected by Northrop Grumman to provide a large solid rocket motor system and a post-boost propulsion system as part of its nationwide GBSD team.

Arkansas Governor Asa Hutchinson said, “The aerospace and defence industry has a significant impact on Arkansas’ economy, and Aerojet Rocketdyne has been a vital part of that success for many years.

“The company has demonstrated unwavering dedication to both the workforce and community in Calhoun County, and I am delighted to see our partnership continue as the company expands operations in Camden. It is my pleasure to welcome Eileen Drake back to Arkansas to officially open the company’s new large solid rocket motor manufacturing facility.”

Construction of the 17,000 square-foot EMD facility began last spring as part of Aerojet Rocketdyne’s ongoing expansion in Camden, where the company has long had a presence and currently produces more than 75,000 solid rocket motors per year. It was made possible with support from the Arkansas Economic Development Commission, Calhoun County and the Ouachita Partnership for Economic Development (OPED).

Executive director for OPED James Lee Silliman said, “Ouachita Partnership for Economic Development is proud to have been a partner in Aerojet Rocketdyne’s EMD facility project by providing both job creation and workforce training incentives for this milestone expansion for the Camden operations. It required co-ordination and teamwork with Aerojet Rocketdyne, Governor Hutchinson's office, AEDC and Calhoun County to make this project possible. South Arkansas will reap dividends for years to come due to this investment.”

Aerojet Rocketdyne’s growth in Camden was driven by a company-wide consolidation and modernisation initiative that began in 2015.

Aimed at reducing costs and increasing operational efficiency, the company has demonstrated the ability to successfully transfer programs and proficiencies to other sites.

Now substantially complete, Aerojet Rocketdyne surpassed its goal of reducing costs across the enterprise by $230 million annually. The company is now well-positioned to deliver innovative, affordable solutions for some of the nation’s most challenging national security requirements.