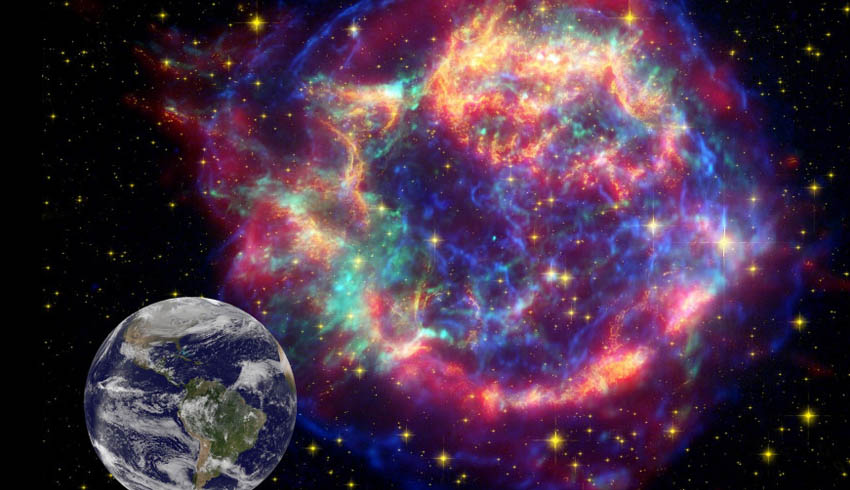 NASA's upcoming space telescope, the Spectro-Photometer for the History of the Universe, Epoch of Reionization and Ices Explorer, or SPHEREx, is one step closer to launch.

The mission has officially entered Phase C, in NASA lingo. That means the agency has approved preliminary design plans for the observatory, and work can begin on creating a final, detailed design, as well as on building the hardware and software.

Managed by NASA's Jet Propulsion Laboratory in Southern California, SPHEREx is scheduled to launch no earlier than June 2024 and no later than April 2025.

Its instruments will detect near-infrared light, or wavelengths several times longer than the light visible to the human eye. During its two-year mission, it will map the entire sky four times, creating a massive database of stars, galaxies, nebulas (clouds of gas and dust in space), and many other celestial objects.

About the size of a subcompact car, the space telescope will use a technique called spectroscopy to break near-infrared light into its individual wavelengths, or colours, just like a prism breaks sunlight into its component colours. Spectroscopy data can reveal what an object is made of, because individual chemical elements absorb and radiate specific wavelengths of light.

It can also be used to estimate an object's distance from Earth, which means the SPHEREx map will be three-dimensional. SPHEREx will be the first NASA mission to build a full-sky spectroscopy map in near-infrared, and it will observe a total of 102 near-infrared colors.

Before entering Phase C, the SPHEREx team successfully completed a preliminary design review in October 2020. During this multiday process, the team had to demonstrate to NASA leadership that they can make their complex, cutting-edge mission design a reality.

Usually, the review is done in-person, but with COVID-19 safety precautions in place, the team had to adjust their presentation to a new format.

Beth Fabinsky, SPHEREx's deputy project manager at JPL added, “It felt like we were producing a movie. There was just a lot of thought put into the production value, like making sure the animations we wanted to show would work over limited bandwidth.”

The SPHEREx science team has three overarching goals. The first is to look for evidence of something that might have happened less than a billionth of a billionth of a second after the big bang. In that split second, space itself may have rapidly expanded in a process scientists call inflation.

Such sudden ballooning would have influenced the distribution of matter in the cosmos, and evidence of that influence would still be around today. With SPHEREx, scientists will map the position of billions of galaxies across the universe relative to one another, looking for statistical patterns caused by inflation.

The patterns could help scientists understand the physics that drove the expansion. The second goal is to study the history of galaxy formation, starting with the first stars to ignite after the big bang and extending to present-day galaxies.

SPHEREx will do this by studying the faint glow created by all the galaxies in the universe.

The glow, which is the reason the night sky is not perfectly dark, varies through space because galaxies cluster together. By making maps in many colours, SPHEREx scientists can work out how the light was produced over time and start to uncover how the first galaxies initially formed stars.

Finally, scientists will use the SPHEREx map to look for water ice and frozen organic molecules - the building blocks of life on Earth - around newly forming stars in our galaxy. Water ice gloms onto dust grains in cold, dense gas clouds throughout the galaxy.

Young stars form inside these clouds, and planets form from discs of leftover material around those stars.

Ices in these discs could seed planets with water and other organic molecules. In fact, the water in Earth's oceans most likely began as interstellar ice.

Scientists want to know how frequently life-sustaining materials like water are incorporated into young planetary systems. This will help them understand how common planetary systems like ours are throughout the cosmos.

JPL will also build the sun shields that will keep the telescope and cameras cool, while Ball Aerospace will build the spacecraft bus, which houses such subsystems as the power supply and communications equipment.

The software that will manage the mission data and make it accessible to scientists around the world is being built at IPAC, a science and data centre for astrophysics and planetary science at Caltech. Critical ground support hardware for testing the instruments will be built by the Korea Astronomy and Space Science Institute (KASI), a science partner on the mission in Daejeon, South Korea.

The SPHEREx team is scheduled to spend 29 months building the mission components before entering the next mission phase, when those components will be brought together, tested, and launched.

SPHEREx is managed by JPL for NASA's Astrophysics Division within the Science Mission Directorate in Washington.

The mission's principal investigator, James Bock, has a joint position between Caltech and JPL. The science analysis of the SPHEREx data will be conducted by a team of scientists located in 10 institutions across the US, and in South-Korea.