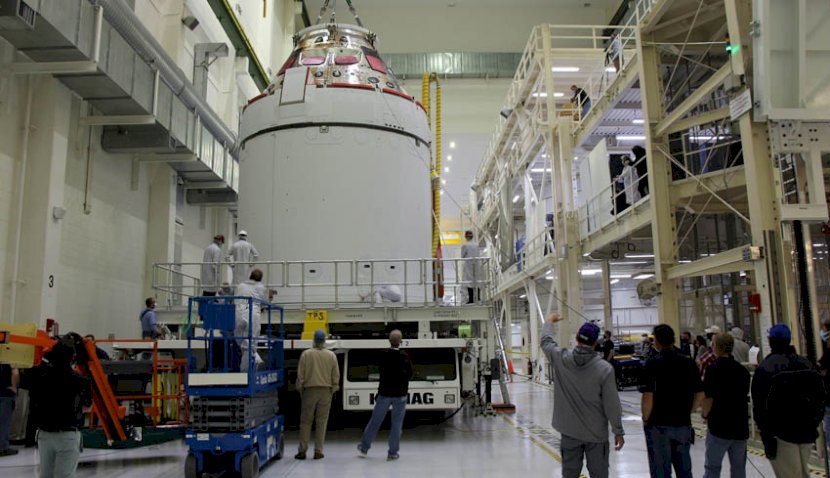 NASA’s Orion spacecraft is ready for its mission to the moon. Lockheed Martin has completed assembly and testing of the Orion Artemis I spacecraft and has transferred possession to NASA’s Exploration Ground Systems (EGS) team. 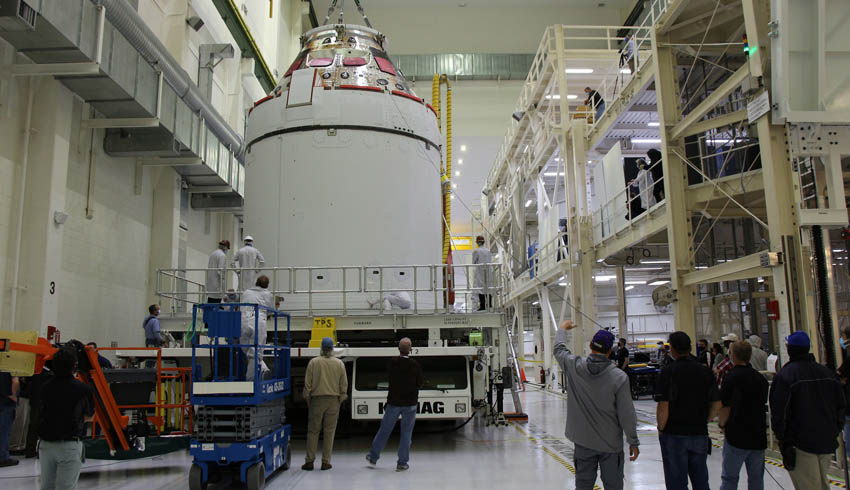 Assembled at Kennedy Space Centre, the EGS team will then perform final preparations on the spacecraft for its mission to the moon later this year.

Orion is NASA's new human-rated exploration-class spaceship that will take astronauts into deep space including the moon and Mars.

The Artemis I mission will be the first launch of the Orion spacecraft aboard NASA's Space Launch System rocket. Over the course of three weeks, the uncrewed Orion capsule will fly out and orbit the moon and return to Earth.

This test mission will validate the spacecraft, rocket and ground systems for future crewed missions.

Mike Hawes, Orion vice president and program manager for Lockheed Martin, explained, “Orion is a unique and impressive spacecraft and the team did an outstanding job to get us to this day. The launch and flight of Artemis I will be an impressive sight, but more importantly it will confirm Orion is ready to safely carry humans to the moon and back home. This tremendous advancement opens the door to a new era of deep space exploration that will ultimately benefit us back here on Earth.”

Orion is being transferred from the Neil Armstrong Operations and Checkout Building at Kennedy, where it was assembled, to multiple Kennedy facilities where EGS will load propellants and other consumables such as ammonia, helium and nitrogen, and integrate the launch abort system and protective ogive fairing.

After this is completed, it will be taken to the Vertical Assembly Facility to be lifted onto the SLS rocket and prepared for roll to the launch pad.

The launch later this year will be the beginning of many Artemis missions to the Moon. The next mission, Artemis II, will be the first with a crew onboard and will go out to orbit the moon and return.

That Orion crew module and service module adapter are well under assembly at Kennedy and will see its first power-on of its integrated computers this summer.

Artemis III will see the first woman and the next man to walk on the moon. Orion will carry them out to orbit the moon where they will ultimately land on the surface using a lunar landing system. That spacecraft is already under construction as major structural elements of the crew module pressure vessel are arriving at NASA's Michoud Assembly Facility.

Orion is NASA's spacecraft that will take humans deep into space. No other spacecraft in development has the technology needed for the extremes of deep space, such as life support, navigation, communications, radiation shielding and the world's largest heat shield that will protect astronauts and help return them safely home.

Lockheed Martin is the prime contractor building Orion. We are in the production phase and have finalised a contract for six Orion spacecraft missions and the ability to order up to 12 in total.

The first spacecraft delivered on this contract, Artemis III, will carry the first woman and the next man to the moon in 2024. Orion is a critical part of the agency's Artemis program to build a sustainable presence on the lunar surface and to prepare to move on to Mars.

Total votes: 8759
The voting for this poll has ended