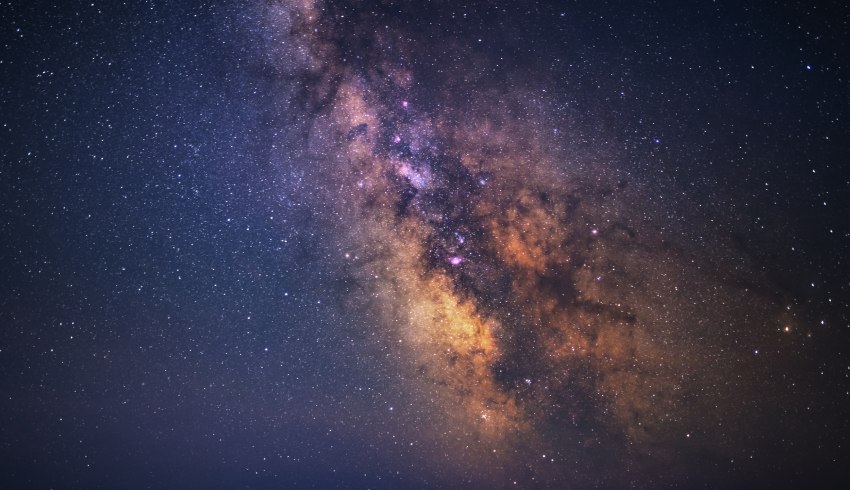 This article was first published on The Conversation, and was written by Michael Zemcov, an associate professor of physics at Rochester Institute of Technology. Zemcov discusses the opportunities the space industry could have if a telescope was launched into the outer solar system, and also the challenges that come with it.

Dozens of space-based telescopes operate near Earth and provide incredible images of the universe. But imagine a telescope far away in the outer solar system, 10 or even 100 times farther from the Sun than Earth. The ability to look back at our solar system or peer into the darkness of the distant cosmos would make this a uniquely powerful scientific tool.

I’m an astrophysicist who studies the formation of structure in the universe. Since the 1960s, scientists like me have been considering the important scientific questions we might be able to answer with a telescope placed in the outer solar system.

So, what would such a mission look like? And what science could be done?

A tiny telescope far from home

The scientific strength of a telescope far from Earth would come primarily from its location, not its size. Plans for a telescope in the outer solar system would put it somewhere beyond the orbit of Saturn, roughly a billion or more miles from Earth.

We’d need only send a very small telescope – with a lens roughly the size of a small plate – to achieve some truly unique astrophysical insights. Such a telescope could be built to weigh less than 20 pounds (9 kilograms) and could be piggybacked on virtually any mission to Saturn or beyond.

Though small and simple compared with telescopes like Hubble or James Webb, such an instrument operating away from the bright light of the Sun could make measurements that are difficult or outright impossible from a vantage point near the Earth.

Unfortunately for astronomers, getting a selfie of the solar system is a challenge. But being able to see the solar system from an outside vantage point would reveal a lot of information, in particular about the shape, distribution and composition of the dust cloud that surrounds the Sun.

Imagine a street lamp on a foggy evening – by standing far away from the lamp, the swirling mists are visible in a way that someone standing under the streetlight could never see.

For years astrophysicists have been able to take images of and study the dust discs in solar systems around other stars in the Milky Way. But these stars are very far away, and there are limits to what astronomers can learn about these. Using observations looking back toward the Sun, astronomers could compare the shape, features and composition of these distant dust clouds with detailed data on Earth’s own solar system. This data would fill gaps in knowledge about solar dust clouds and make it possible to understand the history of production, migration and destruction of dust in other solar systems that there is no hope of traveling to in person.

Another benefit of placing a telescope far from the Sun is the lack of reflected light. The disc of dust in the plane of the planets reflects the Sun’s light back at Earth. This creates a haze that is between 100 and 1,000 times brighter than light from other galaxies and obscures views of the cosmos from near Earth. Sending a telescope outside of this dust cloud would place it in a much darker region of space making it easier to measure the light coming from outside the solar system.

Once there, the telescope could measure the brightness of the ambient light of the universe over a wide range of wavelengths. This could provide insights into how matter condensed into the first stars and galaxies. It would also enable researchers to test models of the universe by comparing the predicted sum of light from all galaxies with a precise measurement. Discrepancies could point to problems with models of structure formation in the universe or perhaps to exotic new physics.

Finally, increasing a telescope’s distance from the Sun would also allow astronomers to do unique science that takes advantage of an effect called gravitational lensing, in which a massive object distorts the path light takes as it moves past an object.

One use of gravitational lensing is to search for and weigh rogue planets – planets that roam interstellar space after being ejected from their home solar systems. Since rogue planets don’t emit light on their own, astrophysicists can look for their effect on the light from background stars. To differentiate between the distance of the lensing object and its mass requires observations from a second location far from Earth.

In 2011, scientists used a camera on the EPOXI mission to the asteroid belt to discover and weigh a Neptune-sized object floating free among stars in the Milky Way galaxy. Only a few rogue planets have been found, but astronomers suspect these are very common and could hold clues to the formation of solar systems and prevalence of planets around stars.

But perhaps the most interesting use for a telescope in the outer solar system would be the potential to use the gravitational field of the Sun itself as a giant lens. This kind of measurement may allow astrophysicists to actually map planets in other star systems. Perhaps one day we will be able to name continents on an Earth-like planet around a distant star.

Since Pioneer 10 became the first human-made object to cross Jupiter’s orbit in 1973, there have been only a handful of astrophysical studies done from beyond the orbit of Earth. Missions to the outer solar system are rare, but many teams of scientists are doing studies to show how an extrasolar telescope project would work and what could be learned from one.

Every 10 years or so, leaders in the astrophysics and astronomy fields gather to set goals for the following decade. That plan for the 2020s is scheduled to be released on 4 November 2021. In it, I expect to see discussions about the next telescope that could revolutionise astronomy. Taking a telescope to the outer solar system, while ambitious, is well within the technological ability of NASA or other space agencies. I hope that one day soon a tiny telescope out on a lonely mission in dark reaches of the solar system will provide us incredible insights into the universe.