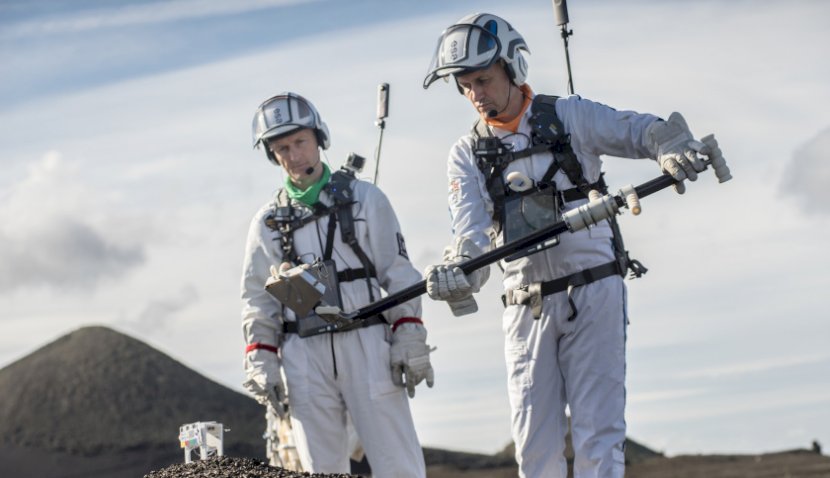 From disrupted biological clocks to radiation and contamination hazards, the European Space Agency is running experiments on the International Space Station to take human exploration one step closer to Mars. 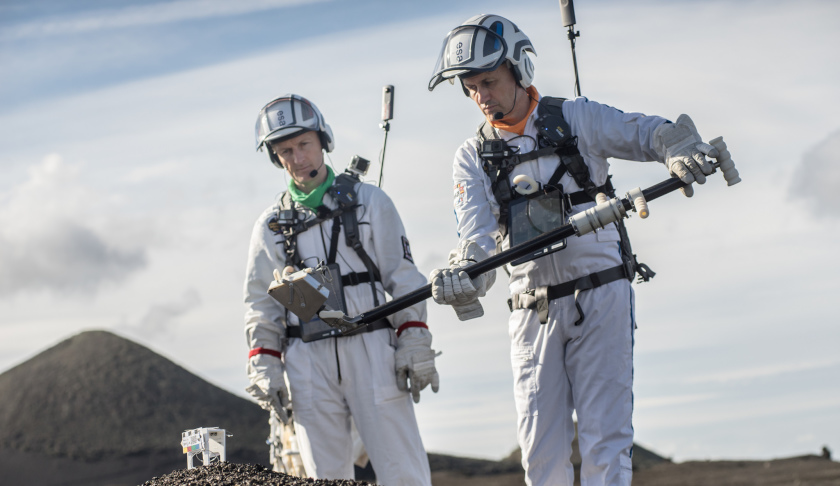 As a new week starts on planet Earth, continuous research in orbit brings new knowledge about the biological challenges facing a human crew, ensuring that any trip to the Red Planet can be made safely.

Getting into the Martian sleeping rhythm

A crew on a journey to Mars would live outside of the 24-hour cycle of light and darkness we experience on Earth. So do astronauts on the ISS, who experience 16 sunrises and sunsets every day.

Scientists believe that such disruption has an impact on the astronauts’ biological clocks. To see how long-duration spaceflight affects people, NASA astronaut Anne McClain wore two sensors – one on the forehead and another one on the chest – for 36 hours as part of the Circadian Rhythms experiment.

For the fifth and last time during her mission, McClain’s core body temperature and melatonin levels were monitored. Results will be compared with those taken on Earth before and after her mission to understand the effects and how to counteract them during deep space missions.

Strategies for adapting – or not – to new rhythms could shed light on sleep disorders and help people on Earth that live outside of the natural cycle, staying up late or working night shifts. The pass of time could also be an issue for a trip to Mars that would last over 500 days. Recent research shows that astronauts underestimate time in orbit, just as they have an altered perception of distance in space.

Canadian Space Agency astronaut David Saint-Jacques and NASA astronauts McClain and Nick Hague gauged how long a visual target appears on a laptop screen and their reaction times to these prompts recorded to process speed and attention. This was all part of the Time experiment, a relevant research because a misperception of time may cause delayed reactions and create risks for crew safety.

Space takes its toll on the human body. An interplanetary mission to Mars will see astronauts ageing faster. The International Space Station provides a unique opportunity to both reproduce the effects of ageing and study the huge oxidative impact.

The European Nano Antioxidants experiment is seeking innovative antioxidants to stimulate cells in the battle against muscle loss. Living cells and ceramic particles were placed in the Kubik incubator for six days, housed in ESA’s Columbus module. Half of the samples were kept at close to zero gravity, while the rest were exposed to the same gravity as Earth.

The cells are now frozen at minus 80 degrees and waiting for their ride home on 3 June aboard the SpaceX’s Dragon spacecraft. Findings from this research could aid the development of new supplements to support astronauts on missions to Mars. As soon as humans leave the protective shield that is Earth’s atmosphere, space radiation becomes a serious concern, especially if headed to Mars. Radiation levels in space are up to 15 times higher than on Earth.

The Dosis-3D experiment helps understand space radiation and how it penetrates the space station walls. Eleven radiation detectors attached to the walls of Columbus record how much radiation gets through and help create a complete picture of space radiation inside the station.

The latest data downlink on 21 May marked seven years of continuous measurements in space for Dosis-3D.

Radiation also has an impact on hardware. The ICE Cubes facility is ESA’s faster, lower cost answer to making science happen in space. One of the “cubes” – small modular containers slotted in the Columbus lab – is investigating commercial computer boards’ resistance to space radiation.

Bacteria and fungi can become a threat for both human health and equipment as they tend to build up in the constantly-recycled atmosphere of the ISS.

European researchers are addressing this contamination with the Matiss-2 experiment. This study aims to find better materials to build a space station or spacecraft, especially important on the way to Mars.

Scientists will analyse the materials to see how the bacteria formed biofilms that protect them from cleaning agents and also help them adhere to surfaces. This week, Saint-Jacques packed the seventh sample holder with anti-microbial surfaces to be shipped back to Earth for analysis.

ESA has demonstrated expertise in studying Mars from orbit, now it is looking to secure a safe landing, to rove across the surface and to drill underground to search for evidence of life. Our orbiters are already in place to provide data relay services for surface missions. The next logical step is to bring samples back to Earth, to provide access to Mars for scientists globally, and to better prepare for future human exploration of the Red Planet.