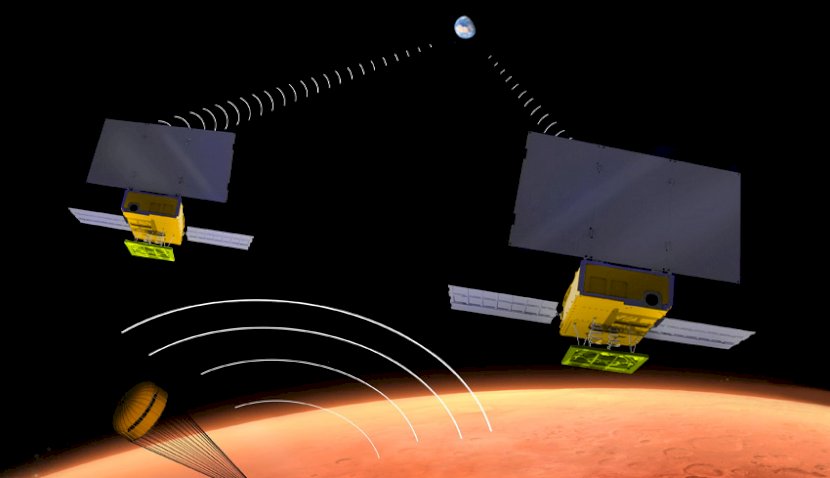 There’s actually an award for small satellite mission of the year and that’s gone to NASA’s Mars Cube One – MarCO – for its successful mission to the Red Planet. 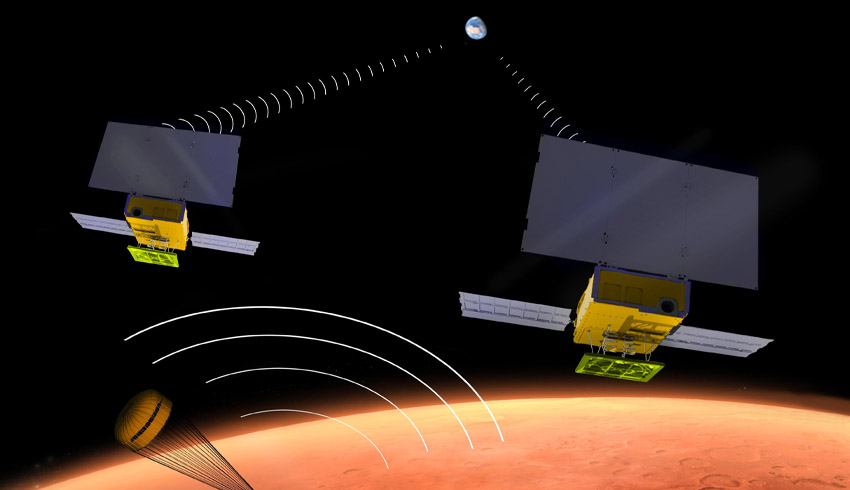 The American Institute of Aeronautics and Astronautics (AIAA) awarded their Small Satellite Mission of the Year prize to MarCO at the annual Small Satellite Conference last week in Utah, USA.

MarCO was designed and built at the NASA Jet Propulsion Laboratory in Pasadena, California, and actually consists of two briefcase-sized cubesats nicknamed WALL-E and EVE after the characters in the Pixar film WALL-E about small robots.

MarCO chief engineer Andy Klesh of JPL said it was a significant honour to be recognised by their peers.

"These are the engineers crafting bold new designs to explore the solar system. We hope MarCO was a pathfinder mission for them,” he said.

"These innovative designs are blazing a trail for future explorers."

MarCO was the first spacecraft built to CubeSat form to operate in a deep space mission beyond Earth.

The CubeSat concept emerged from work in the late 1990s to miniaturise satellite components to reduce costs and enhance capability. The basic 1U CubeSat form measures 10 centimetres by 10 centimetres by 11.35 centimetres, with mass no greater than 1.33 kilograms.

Some 2,000 CubeSats have been launched in the past two decades.

Each member of the MarCO mission was a 6U CubeSat, designed to test new miniaturised communication and navigation technologies.

They were launched aboard NASA’s Mars Insight mission in May last year.

Soon after launch, they separated and flew independently to Mars, performing a fly-by mission in which they relayed data in real time from the Insight lander as it entered the Mars atmosphere, descended and successfully touched down on November 26.

The closest they came to Mars was about 3500 kilometres.

Along the way, WALL-E sent back some spectacular images of Mars while EVE performed some simple radio science.

JPL said all of this was achieved with experimental technology which cost US$18.5 million, a fraction of the cost of most space missions.

Alas MarCO wasn’t destined for a long life. MarCO-A was last heard from on January 4 and MarCO-B on December 29.